Let there be light, always 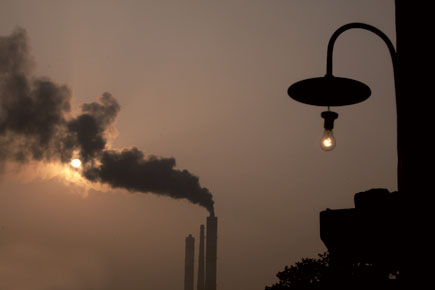 Let there be light, always

Despite all the hype about electrification in recent years, most villages in the country do not have access to power supply. To get rid of problems plaguing the power sector in India and ensure uninterrupted power supply to all, the country should stop giving electricity to villages and instead focus on offering power supply to villagers. The two are not the same. Providing power to each household, not village, should be the target of the State’s policy. This will set in motion a paradigm shift in the way India looks at electrification.

The next big challenge is to offer ‘assured electricity’, or power 24/7. The third aspect to look at is how to provide quality electricity: its stability of voltage, its frequency. Unfortunately, India is one of the world’s few countries where appliances still need voltage stabilisers because of quality glitches caused by systemic inefficiencies.

The fourth and the most important aspect is affordability. Electricity should be neither too expensive nor entirely free. Power generation and supply is a business, and those in any business must make a profit. The fifth aspect is how to generate electricity that does not create other problems. For example, coal-generated electricity causes environmental hazards, apart from social and political problems.

The above is a five-point agenda that the next power ministry must pursue to help the country forge ahead. Some of the steps will yield short-term results while the others will show only long-term impact.

To give electricity to households instead of a region, the country must overhaul the way it thinks of power production, supply and distribution. India should focus on tapping locally-available natural resources, which means localised power projects catering to a village or group of villages—these could be mini hydropower projects, biomass, wind-based or solar electricity set-ups.

Such projects have some inherent advantages. You could bypass the usual obstacles such as land acquisition hassles, while cutting down on losses, defaults, power theft and related woes. Small projects also allow for a smarter distribution model, which could slash costs, pilferage and wastage.

However, micro-mini models alone won’t work in a large country like India. We do need a central power grid, but to meet rapidly-rising demand, India needs to generate much more power. The current capacity of 227,000 MW is too little.

The main raw fuel that powers India is coal, but domestic supply is inadequate. Soon, the country will be importing 200 million tonnes of coal; imports on this scale put pressure on India’s foreign exchange resources. The country must increase the output of its own coal mines. For this, the country must first find a way to share the proceeds of coal mining with locals to avoid the kind of social unrest we see in Maoist-affected areas. The new government should also get contractors with access to top- notch technology. Coal mines should be awarded to hi-tech companies that use eco-friendly technologies, yet coal ownership must remain with the Government.

Another fuel that holds potential is gas. To boost gas output, policy intervention and technical assistance would be in order. On the whole, energy security must be given top priority by the new government.

The Government also needs to examine the ‘plant load factor’ of each power unit and enhance capacity utilisation. Power distribution also needs a review; much of it remains commercially unviable. Transmission losses must be slashed. Commercial viability is crucial all along the supply chain; all distribution transformers need to act as profit centres. Discipline in monitoring power theft and payment defaults is of critical importance, too. Besides, power sector regulation is key. Regulators at the Centre as well as in the country’s 28 states must fix power tariffs.

Finally, a framework for most of the required reforms in the electricity sector is already in place. So the new government should not waste time on new legislation to achieve the aim of round-the-clock power supply. Instead, it should focus on implementation.