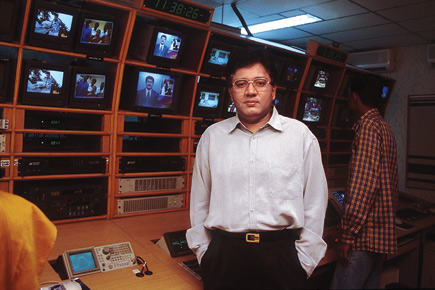 
Fearlessly Flying From Airwaves to Airlines

Going by the number of parties interested in buying SpiceJet, the low-cost carrier, it seem to be the most coveted asset in corporate India currently. Leading the queue is media baron Kalanidhi Maran of the Sun Network. His offer of Rs 700 crore for a 51 per cent stake is apparently not sweet enough for SpiceJet’s board. Investment bankers in the know expect Maran to beef up his offer by throwing in another Rs 100-150 crore. That has set off renewed interest in the company from Anil Ambani’s Adag, and cash-rich Malvinder Singh formerly of Ranbaxy and now the promoter of Religare.  Sun Network’s Maran has been smitten by the aviation industry for a while now. Last year, he wanted to forge a joint venture with Star Aviation, a Middle East group, for a regional airline company. However, after prolonged negotiations, Sun Network rediscovered the virtues of sticking to its core business: media. For SpiceJet, an anchor shareholder with deep pockets is the need of the hour, given its rather peculiar shareholding pattern and the existing airline ownership regulations in India. Foreign investment in aviation is presently capped at 49 per cent.  While the Kenya-based, Indian-origin business family of Kansagras is the largest shareholder in SpiceJet with about 13 per cent stake, American ‘vulture’ investor Wilbur Ross also owns a small slice. He had invested $80 million in the airline in July 2008 through foreign currency convertible bonds. In December 2010, Ross will either have to convert or redeem the bonds. After such a conversion, his stake could go up to 31 per cent. But to scale up its business and compete with the likes of Indigo, Kingfisher and Jet, the company needs a fully committed promoter rather than a disparate bunch of ‘strategic’ investors. And in the haemorrhaging mess that India’s aviation business currently is, SpiceJet is not the worst airline you could buy. It is the second largest LCC, has a respectable 13 per cent share of the market, and returned to profitability last quarter.  So the big question is, are Maran and SpiceJet made for each other? Maybe, if the dowry is good enough.

In the times of pink slips and pay cuts, the brass of ‘do-no-evil’ Google want to be seen as walking their talk. Its CEO Eric Schmidt, who in any case draws a salary of just $1, has decided to nip his perquisites as well. In 2009, his perks shrunk by half to $245,322, according to Google’s latest filings to the US Securities and Exchange Commission. The reduction is largely on account of lower expenditure on Schmidt’s personal security and flying personal guests in chartered jets hired by the company. Google founders Sergey Brin and Larry Page too took home a salary of $1 each,  although the company would be happy to pay them more. If this sounds like supreme sacrifice, it’s not. They remain billionaires many times over. At Google’s current share price, its two founders are worth more than $15 billion each. The slowdown had forced the internet’s posterboy to go easy on its famed employee pampering. It closed down some of the  food courts that served employees fancy gourmet food, and even laid off hundreds last year.