Grant Pranab Mukherjee this. His Budget for 2009-10 gives UPA-2 a sound if unflamboyant start, with much strokeplay left to come 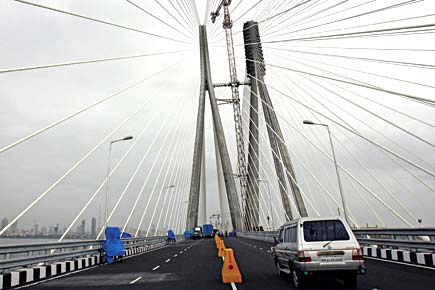 Grant Pranab Mukherjee this. His Budget for 2009-10 gives UPA-2 a sound if unflamboyant start, with much strokeplay left to come


Unlike many of his cabinet colleagues, Finance Minister Pranab Mukherjee does not even have a passing interest in cricket. But had he taken up the sport, Mukherjee would have been a handy opener in the classic Hutton-meets-Gavaskar mould of batsmanship. On the evidence of the Union Budget he presented for 2009-10, and even the ones he scripted 25 years ago, Mukherjee’s approach to policymaking is not too different from the Test openers of yore. Gavaskar knew where his off-stump was, Mukherjee knows where his party’s vote bank lies—with the aam aadmi. To let a bowler’s delivery pass is another vital skill, and if you could play in the ‘V’, look for the odd single, take the shine off the ball and remain unbeaten on 47 at lunch on the first morning of a Test match, spectators would be left yawning—but you earn the eternal gratitude of your teammates.

Just as the run rate is of minor concern in a five-day Test, Mukherjee too has overlooked the ballooning fiscal deficit for the time being. In commentary boxes, they call this ‘building a platform’ for a long innings ahead. As FM, Mukherjee has put self-preservation above pyrotechnics, ignored the barrackers of Dalal Street, and crafted a workmanlike Budget to see off the slowdown.

So what score would he and his team be happy with? A GDP growth rate even marginally higher than the 6.7 per cent recorded in 2008-09 would perhaps be a century stand for Team UPA-II.

MASTERY OF THE FIELD

“Clearly, this is a Budget from a government that has five years in which to build a strong economy,” says Madhabi Puri Buch, managing director & chief executive officer, ICICI Securities, “Ours is a much stronger economy than many others, so the Government has taken steps that would be very effective over the three-to-five year horizon.”

Net expenditure in excess of Rs 10 lakh crore, almost a 33 per cent increase over last year, and the resulting budget deficit of 6.8 per cent of GDP, was perhaps the biggest talking point in a Budget somewhat unfairly appraised as ‘boring’ and ‘lacking in vision’ by the liberalisation galleries.

Unlike his predecessor, P Chidambaram, Mukherjee doesn’t loft his bat towards those who yearn for ‘small government’. Instead, in these days of ‘stimulus’ stories, he has gone for a reverse sweep, demanding cheers for having crossed the Rs 10 lakh crore spending mark, and happily hailing Indira Gandhi’s 1969 ‘wisdom’ in bank nationalisation. Nor does the Budget have any grandiosely named schemes such as Bharat Nirman. Rather, Mukherjee shores up allocations for the existing schemes that have proven worthy. All this is in keeping with his style. In 1982, when he presented his first Budget, inflation nearing 24 per cent was as grave a threat to the economy as the global recession is now. Mukherjee took measures to increase farm and industrial efficiency, and saw them come good.

Post-liberalisation, it’s not a style that enthuses everyone. “The Budget is unimaginative,” says Vikas Seth, CEO, My Money Securities, “It is too inward looking and has no real mention of long-term growth priorities. In sum, this is what you’d call a ‘democracy budget’ with the electorate getting more sops than the corporate.”

However, Harold Sirkin, innovation guru and author of Payback, argues that organisations all too often get bogged down by a surfeit of new ideas. They forget what’s already going well for them and think too much about new blockbuster ideas. The re-elected Congress wouldn’t want to fall into that trap. “Mukherjee’s forte is efficient administration, eye for detail and execution,” says a senior bureaucrat who has worked with him, “He has is sceptical of giant mobilisation schemes and major policy revisions. He’d rather implement a fistful of ideas well than introduce a bagful of unmanageable schemes.”

And playing for stockmarket popularity is an outright no-no. That perhaps explains the BSE Sensex’s 869 point tumble on Budget Day, 6 July—despite the proposal on ensuring that a listed firm has at least 25 per cent of its equity publicly held, a measure which will eventually be good for the core job that the stockmarket does.

As for big picture reforms, the prosaic reality is that governments across the world have been spending their way out of trouble, with questions of balancing budgets left for another day. In that context, that Mukherjee has even outlined a plan—in interviews after the Budget speech—of snipping the deficit to 5.5 per cent next fiscal year and 4 per cent the year after, is extraordinary.

After the initial disappointment, sober voices within Indian industry have reconciled themselves to the new FM’s decidedly gradualist approach. “The Budget does provide directional cues for the medium to long term,” reasons Kumar Mangalam Birla, chairman, Aditya Birla Group, “There is a road map in place for structural reforms, like the implementation of goods and services tax (by April 2010)—and the plan to invest 9 per cent of GDP in infrastructure by 2014 is a very positive statement of intent. Also, the Budget is not the only time when major policy pronouncements can be made.”

According to Manoj Kohli, joint managing director, Bharti Airtel, “The budget signals a significant demand stimulus emanating from its rural and infrastructure growth packages. Telecom infrastructure is an engine of growth, and if we are able to double the teledensity to 75 per cent in the next five years, especially due to the rural development focus of the Government, then GDP growth can be enhanced.”

That doesn’t mean that the big fiscal concerns have gone away. “The Finance Minister has stuck to what has worked in a difficult year, with no change to revival programmes and in fact by enhancing public spending to stimulate demand,” says R Seshasayee, managing director, Ashok Leyland, “But the worries are two-fold. First, the nature of the Government’s borrowing and its impact on interest rates, and the role of private investment. The second arises out of the high quantum of Government outlay without an attempt to extract accountability and efficiency from the implementation machinery.”

These are words the UPA cannot ignore, and explains why Finance Secretary Ashok Chawla has been trying to explain how funds can be arranged without either borrowing or printing too much cash. Auctioning 3G telecom spectrum, for example, could raise as much as Rs 40,000 crore. And although disinvestment of public sector units (PSUs) figured only marginally in the speech (with a modest target of Rs 1,100 crore), plenty of money could indeed be raised this way without these PSUs losing their ‘public sector character’, as Prime Minister Manmohan Singh put it later.

If done, it will be with caution. “A lot of people in the corporate world were deluding themselves if they expected the FM to spell out the exact contours of the disinvestment programme,” says the CEO of a large conglomerate, “Did they want him to name companies and the stake the government would sell?” The Economic Survey released a few days before the Budget spoke of all manner of big reforms, but all industry has got is a scrapping of Fringe Benefit Tax (FBT). As a peculiar levy on employee work expenses suspected to be perks, it led just about everybody’s search for meaning in it absolutely nowhere when first introduced by Chidambaram in 2005-06. Well, the inexplicable imposition has finally been done away with, hopefully for good. “Companies welcome the abolition of the irritating and unproductive FBT,” says Seshasayee.

The interesting part, as with any good Hutton-Gavaskar innings, would be what comes next. Mukherjee has made a good start, undeniably. He has caught the attention of spectator galleries far and wide, small and big, rich and poor. That’s the overwhelming power of an aam aadmi budget, and he knows it. It’s a play for success in the longer term—delayed gratification, if you will. And an understanding of the audience numbers in a country of India’s size is a big message in itself, especially for those in the VIP enclosures.

The day after the Budget presentation, while industry leaders made peace with the FM at an interactive session by offering him their customary congratulations for a budget well done (hailed appropriately as “inclusive” and “growth oriented”), Mukherjee explained his fiscal stance. The widest budget deficit in 16 years, by his calculation, would be a “risk worth taking” to stimulate economic growth. “The basic approach of the Budget is to support and create a platform for growth because the global recession is set to continue this year,” he said.

When you want an opener to bat your way out of a recession-sized hole, who would you pick? The swashbuckling Sehwag or a gritty Gavaskar? Should be a no-brainer, this one. Really.