Competition for clients will get fierce once reusable rockets start firing 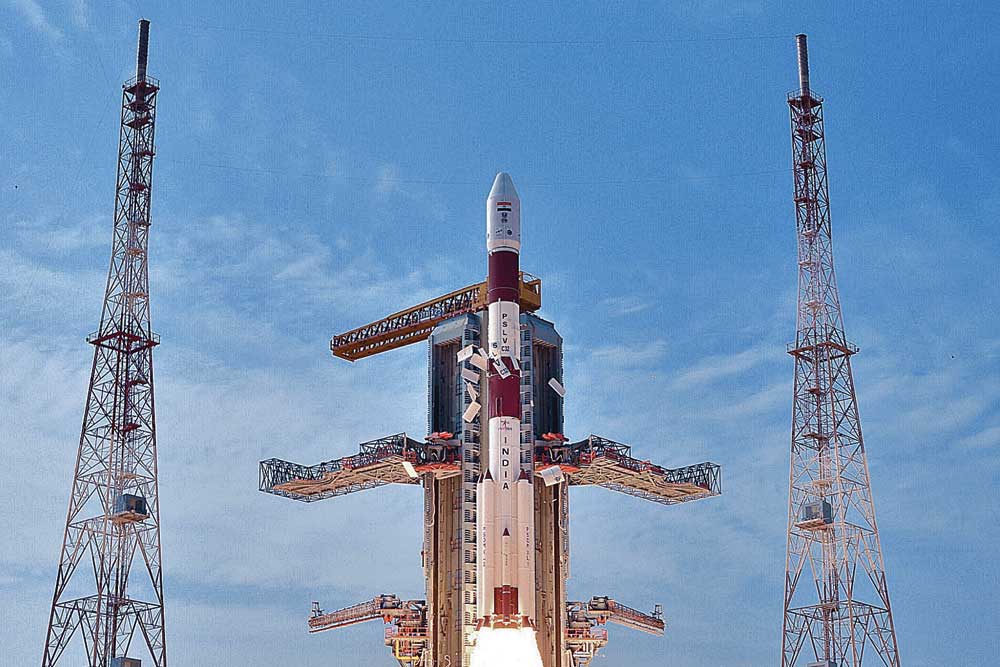 AN ENTIRE generation of dreamers who sat up late nights studying hard to become rocket scientists and then found themselves laughing at their own naiveté may now have reason to drop their grey-haired cynicism and advise today’s kids to get as dreamy as they like about outer space. It could yet be a career open to pursuit. Market forces, at last, are at play in this arena, thanks to America’s spirit of enterprise and—dare one add—India’s scientific temper. Rocket launch services seem ready for blast-off as a business with a plurality of players in real rivalry, and it is no longer insane to imagine Indian companies going all out to recruit tomorrow’s whizkids of escape velocity.

Our space agency ISRO, whose commercial wing Antrix Corp Ltd has positioned itself as a cost champion, is not just keen to compete with Elon Musk’s SpaceX, a private player that has shaken up the scenario with its cheap Falcon launches, it is reportedly ready to get a consortium of companies to manufacture PSLVs for it, an ISRO model that has put 86 satellites into orbit so far. This move, says the space agency, is aimed at enhancing its current capacity of six such liftoffs per year, and firms such as L&T and Godrej Aerospace— which supply systems and components for PSLV—could be among the firms that get the assembly contract. Calling it a “global opportunity” for Indian industry, ISRO Chairman Kiran Kumar argues it would let ISRO focus on its core competence of space research. While Antrix would still be the one marketing its launch services, the trajectory of its logic could mean private operators getting a go-ahead to enter the market on their own at some point. As a business opportunity, this would truly be historic. Few Indian companies have ever had the advantage of getting in on the action at such an early stage of a global market’s evolution.

Even America, that land of free enterprise, is only just getting acquainted with how the adrenaline of competition can make a space-age business fly. SpaceX began Falcon operations in late 2013 and its $56.5 million offer price to launch a low-earth orbit satellite on the next version of this rocket has sent stodgy old United Launch Alliance (ULA) scrambling to crush costs. Accustomed to working for the US military establishment on an average charge of $420 million per hurl, ULA has recently tied up with Jeff Bezos’ Blue Origin for commercial gigs. Also spurred to shape itself up is Europe’s Arianespace, which has been losing launch after launch to SpaceX (a cost no-brainer of a process slowed only by a failure suffered by the latter last year). On its drawing board is Ariane-6, a new rocket designed to halve its offer price to about €100 million per launch.

To contain costs, all three of them are working on what ISRO has furiously been pushing ahead with: reusable rockets, the kind that discard their fuel tanks but return to earth after placing a satellite in orbit. India’s space agency tested one such last month. In time, semi-cryogenic engines could also help lower its estimated launch cost of Rs 220 crore per hurl. Over the three years till 2015 for which data is available, Antrix launched satellites for 28 international clients —not all done via PSLVs—from nine countries. If the agency gets its act together, it could do a lot more.

Competition for clients will get fierce once reusable rockets start firing, since the economics of it would require the spreading of costs across several launches. And clients there will be aplenty. The telecom boom is projected to create vast demand for low-earth orbit launches, thanks in part to global projects such as OneWeb that aim to use hundreds of satellites to saturate the globe with web services from the sky.

Meanwhile, all manner of remote- sensing and cartography based services are being dreamt up right here in India, which analysts hope do not get stifled by proposed Geospatial Information regulations, a draft bill for which places restrictions on map-making that have alarmed app makers across the country. ISRO itself is reported to be working with assorted groups to crowd-source such data for apps that could be used for urban planning, infrastructure projects, drone operations, agriculture, weather predictions and what not.

Clearly, demand for space launch services is set to soar. As prices fall, the market will go stratospheric. The good news is that India has stolen a lead on low-cost launches just as a new generation gets starry-eyed about space.

We need liberal enablers, not ‘dual use’ disablers. An open sky policy for the space age.