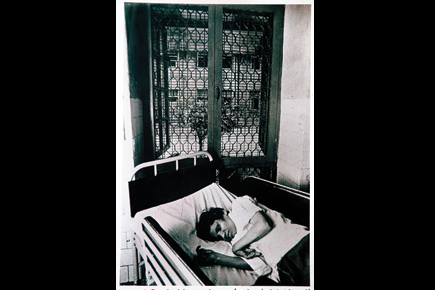 THE SUPREME COURT is going to tweak its rules that permit passive euthanasia because the red tape was too cumbersome to be practical and this is happening four years after it gave, what many say, was a landmark judgment that recognised every Indian had a right to die with dignity. And yet, one must ask that if such a right does exist, why does it take so many years for a correction, and one that is even now minor in its modifications?

As the news agency PTI reported: “A five-judge Constitution bench headed by Justice KM Joseph said there can only be a little tweaking of the guidelines or else it will become a review of its own 2018 judgment. It said the advance directive can be applied only in the narrow area where patients become so terminally ill that they are not in a position to say that the treatment must stop.”

Passive euthanasia is merely the stopping of life perpetuating treatment in cases where patients wouldn’t survive without it and have no hope of recovery. But are they the only Indians who deserve to die with dignity? What about all the others who are terminally ill, or facing a complete evisceration of their minds and identities in diseases like Alzheimer’s? Why shouldn’t they not be spared the certainty of the pain that is imminent once a disease like cancer enters its terminal stages? Indian society decrees that they have no other option but to endure the agony.

To be fair to the Supreme Court, in the PTI article, the judges observed that they can’t do more than what they already have because this is something the legislature needs to act on since their breadth of expertise is greater. The legislature has, however, shown no interest in even discussing making death accessible to the needy, as it is in countries like Switzerland. In some religions like Christianity, life is held to be the preserve of God because he created man, and so man has no right to take it. But Hinduism, which is the dominant religion in India, or secularism, which is in the Constitution, has no such fixation. The most popular argument against euthanasia is also the weakest—that in a country like India, it will be misused. By that measure, there cannot be a single law or treatment ever be made here. Laws against dowry and domestic violence are misused in divorce cases, but you still have them because they do a greater good. Painkillers and anti-depressants are misused, but you make regulations to prevent it instead of banning them outright.

Developed countries have hospices where people about to die can live without pain in sheltered environments. In India, it doesn’t exist. India forces very ill people to live without dignity, and eventually, die without dignity. People in pain and without hope should be able to choose their deaths at a time of their choosing, and the state must facilitate it by making the tools available to make it as easy as possible. If a country can’t provide a good life to its people, at least a good death should be within its abilities.