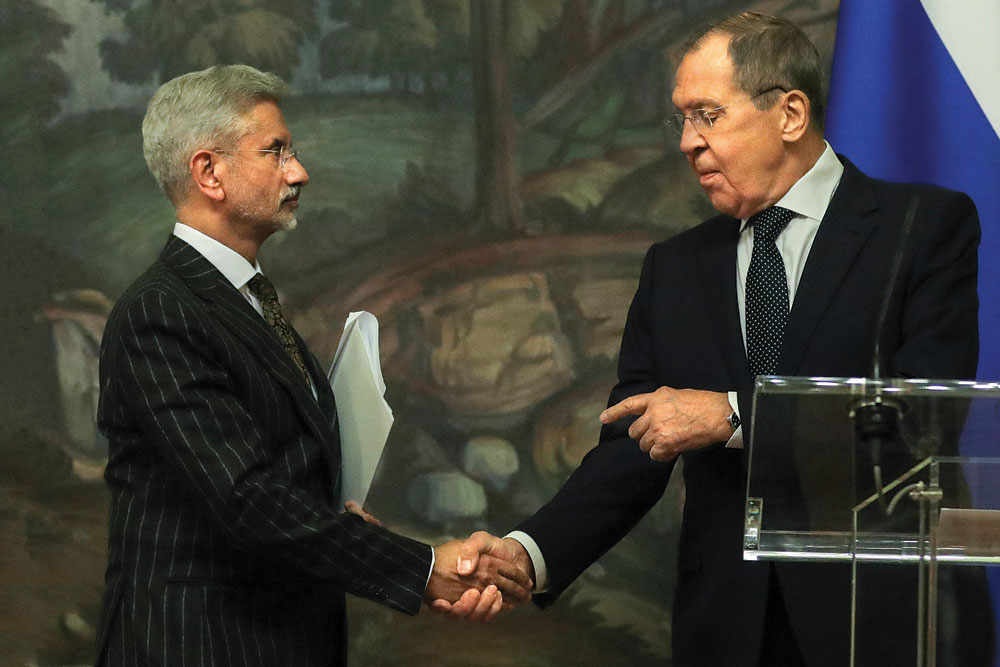 
AS THE COVID PANDEMIC gripped India in March 2020, after a deceptively slow debut, the country was bombarded by expert advice from homegrown experts and those based abroad about how it should deal with the virus. India’s early decision not to go in for mass testing and instead concentrate on people returning from abroad and contacts of positive cases attracted a flood of critical comments. Examples of countries that opted for mass testing were quoted to claim that India had got it wrong. But critics missed the point that India did not have enough testing kits or personal protective suits and was only just ramping up its lab capacity: mass testing would scatter scarce resources in the wind. Instead, concentrating on the most likely transmitters was a useful initial strategy.

The din of adverse commentary continued at every step with many experts, including those of Indian origin, located in foreign universities, using imprecise parameters to project deaths and infections that defied observation and available data. More than two-and-a-half years after the pandemic struck India, and despite a deadly second wave in early to mid-2021, India’s vaccination programme has proved its worth. Vaccines manufactured in India have provided strong immunity and the virus is no longer the killer it was. In contrast, China’s misplaced zero-Covid policy is causing untold hardships to its people while its vaccines have lacked in efficacy. Expensive vaccines manufactured by Western MNCs have proved to be multiple-shot regimes. Israel, which used the Pfizer shot, is preparing for its fifth round of modified vaccination.

Cut to late 2021 and early 2022. The economic shock of Covid and the Ukraine war saw many Western nations, including the US, implement large stimulus packages to sustain demand. Once again, India was inundated with advice to follow suit and prophesies of doom followed when the Modi government decided otherwise. Soon after the start of the pandemic, Prime Minister Narendra Modi was fairly clear that the “print money” option was not for India as such resources were simply not available. Instead of handing money to businesses at a time when no one was keen on spending, the government facilitated working capital that would ensure workplaces remained open. Similarly, the stimulus route was passed over for a massive capital expenditure plan intended to create tangible assets and generate earnings. India has not escaped inflation but lessons can be drawn from the inflationary fires lit by the Trump and Biden stimulus packages and the Federal Reserve’s terrible mislabelling of rising inflation in 2021 as “transitory”.

It wasn’t much of a surprise when India’s refusal to join the West and many other nations in condemning the Russian invasion of Ukraine in February triggered another avalanche of critical comments. The US, which sees India as a key strategic partner, and European capitals were disappointed at India’s reticence to vote against Russia at the United Nations (UN). The Biden administration needed to display a muscular response and the war ignited the worst of Cold War memories in European capitals. The wider commentariat, rather than analysing India’s rationale more closely, referred to the moral need to do “what is right” and warned that the country was isolating itself. It took time, but India’s arguments sank in. At a point when disengagement with China along the 2020 flashpoints on the Line of Actual Control was yet to happen, New Delhi gained little and lost much by breaking with Moscow. Apart from its dependence on Russian military hardware—not a minor detail—the Modi government needed to think of the cost of energy and the impact on prices in India when the country had just about begun to emerge from the shadow of Covid. The government did not ignore the moral or ethical argument altogether, underlining that commitment to the UN charter and the sovereignty of states must be respected.


Apart from its dependence on Russian military hardware—not a minor detail—the Modi government needed to think of the cost of energy and the impact on prices in India when the country had just about begun to emerge from the shadow of Covid. The government did not ignore the moral or ethical argument altogether, underlining that commitment to the UN charter and the sovereignty of states must be respected

Ahead of Minister of External Affairs S Jaishankar’s visit to Moscow on November 8, a shift in the commentary was suddenly evident. As if driven by a fortuitous convergence of planetary alignments, the Indian economy began to earn plaudits from multinational institutions and leading Western financial publications. The tremendous expansion of India’s digital infrastructure, the impending rollout of 5G, and the government’s policy heavylifting by way of initiatives like the PLI (production-linked incentive) scheme and improved health of the banking system came in for positive notice. Low levels of Covid infection and robust consumption were seen in conjunction with India’s efforts to use its participation in mechanisms like the Quad to mesh its interests with nations deeply concerned with China’s rising militarism. The term “trusted partner” took on a special meaning as businesses and governments sought alternatives to China as a supply chain production base. The appreciation of India’s economic resilience, despite the obvious challenges, matched an equally sudden recognition of India’s proximity to both sides of the Ukraine war, with US newspapers noting that Russian President Vladimir Putin enjoyed a warm equation with Modi. This was evident as Modi’s “this is not the era of war” remark to Putin in Samarkand in September caused no offence to the Russian leader even as the Western media reported it as a rebuke. Yet, the proposition that India and Modi could be the “honest broker” had the makings of an inspired prompt from the official establishment. It seemed the carping about India buying oil from Russia had been muted, at least for now.

In his remarks after meeting Russian Foreign Minister Sergey Lavrov in Moscow on November 8, Jaishankar noted India’s “substantial and time-tested” relationship with Russia and that both nations looked to further deepen it. He categorically said the Indian consumer had the right to the most advantageous option in energy prices. Then, with some deliberation, he said, “Let me take this opportunity to lay out the Indian position [on Ukraine].” He pointedly iterated Modi’s “no era of war” remark and said that the “global south” was feeling the pain of the Ukraine conflict. “India therefore strongly advocates a return to dialogue and diplomacy,” he said, in what was as much plain-speak as a diplomat can indulge to his host. Jaishankar promised India’s support to de-risk the global economy and his point on how the Ukraine war had hurt a world already reeling from two years of Covid, in particular, emphasised India’s concerns.

Will something emerge out of the suggestions that highlight India as a peacemaker? No effort will succeed without Putin recognising the limits of his likely gains and a corresponding acknowledgment by Ukrainian leader Volodymyr Zelensky that ceaseless military operations—even in the light of reverses suffered by invading forces—may not end his country’s misery. This is a hard pill for Ukrainians to swallow as Russian forces have illegally occupied swathes of their nation. Yet, the recent commentary about India is not incidental but hints at worries that a winter of soaring energy costs will weaken support for Ukraine. And the Republican gains in Congress, though less than anticipated, will create pressure to reduce US expenditure on Ukraine. But irrespective of any role materialising, it is evident that India’s salience as an economic beacon and its pragmatic diplomacy have forged a new relevance for New Delhi on the international stage.