Matching the Economic with the Political 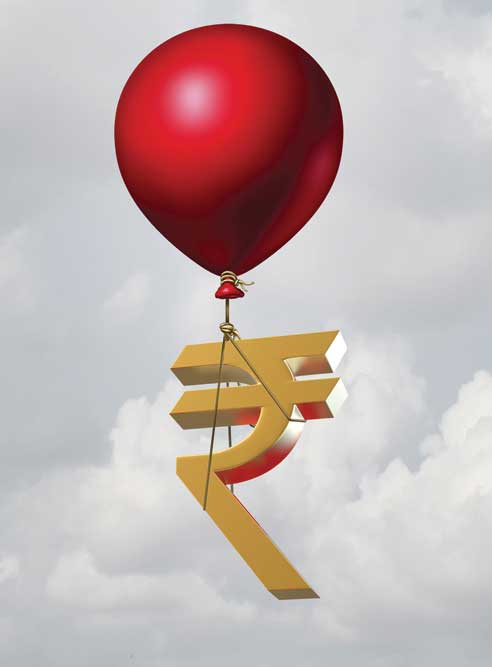 
SEVENTY-TWO YEARS ago, there was much scepticism about India’s audacious leap to a universal franchise-based democracy. After all, in 1947, African Americans did not have the inalienable right to vote in the world’s oldest democracy, the US; it came in 1965. India’s colonial masters in the UK had only given women, that is, half of the population, the right to vote in the 1920s. Indeed, the experience of most postcolonial nation-states with democracy has turned out to be a failure, even in India’s neighbourhood. But Indians embraced political freedom and universal franchise with a fervour. The only time it was denied, during the Emergency, it was reclaimed peacefully through the ballot box within two years. An equally remarkable story of the last seven decades is India’s total reluctance to demand or accept economic freedom. Countries which were poorer than India was 70 years ago, or like China poorer even 30 years ago, are now much richer because they believed in the power of a free-market economy based on individual choice and competition to deliver prosperity. India prefers its unfreedom.

Of course, there is an influential minority view which has argued in favour of greater economic freedom over the decades. That view, helped by serious crises for the economy, has enabled periodic reforms of the economy, beginning in the 1960s, with a spell in the 1980s and the biggest bang in 1991. But except for this minority, not many recognise or celebrate 1991 as the year in which India won some economic freedom and moved the economy to a higher growth trajectory and a faster poverty-eradication path as well.

It is the lament of this minority (this writer included) that India does not have any political party which explicitly adopts a comprehensive economic freedom agenda. No party has ever advertised its role in fostering the not insignificant (but not nearly sufficient) market reforms that have taken place over the last three decades. When Atal Bihari Vajpayee’s BJP tried to in the garb of ‘India Shining’, it came a cropper. Reform by stealth is, therefore, a favoured strategy. The reality is that political parties have their ear to the ground and sharp instincts for winning votes. The reason India doesn’t have a political party which supports economic freedom is because the constituencies which support free markets are electorally insignificant. Demand would have created its own supply.

The famous Say’s Law in economics says that supply creates its own demand. If that were true, the Swatantra Party, India’s only classical liberal (in favour of economic freedom) party, would not have died away in 1974 soon after the passing of its founder and leader C Rajagopalachari. In its heyday in the 1960s, the party won a peak of 44 seats and was the leading opposition to Indira Gandhi’s Congress, but its prominent membership, apart from a handful of intellectuals and dissident Congressmen, consisted of princes and landlords, which would have made it easy for the left-leaning Congress to brand it pro-rich. Supply did not create the right kind of demand. In a cruel twist of fate, Swatantra faded away at exactly the time when other Asian countries, most notably China, were moving away from inward-looking autarkic economics to more open systems. More recently, the Loksatta Party set up by Jayaprakash Narayan in the mid-2000s adopted a liberal economic agenda a` la Swatantra but, again, supply has not created demand. The party has barely made its presence felt.

What explains India’s reluctance to embrace economic freedom while making such a success of political freedom?

There may be reasons which stem from India’s long history. At the time of Independence, India was an unequal society with entrenched discrimination based on caste. In such a context, political freedom and one-person-one-vote would have been viewed as an opportunity for greater equality and a greater control over one’s destiny. However, in the same unequal society any economic system that promoted economic freedom and free markets may have been viewed as perpetuating inequality and favouring the haves (minority) over the have-nots (majority).

Counterintuitively, a market economy often provides more opportunities for upward mobility than a command-and-control economy. However, because of the caste system which had been around for centuries and millennia, mobility (at least of the individual) was not seen as a realistic possibility.

The British policy of divide and rule only exacerbated the social cleavages that had already existed in India. Arguably, two centuries of British rule made social groups based around caste or religion more cohesive and more political in nature. When the British left in 1947, the die had already been cast for a political economy that would revolve around social groups, whether by caste, religion, region or class (landlords vs serfs), rather than the individual. The Congress was effectively an umbrella organisation for these disparate groups. Political power was consolidated by the Congress by pleasing all these different groups whose interests were not always in convergence. That made the political economy redistributionist. There was no priority for growth and a lot of pressure on sharing the ‘spoils’. India’s political settlement was clientelist with negotiated ‘give and take’ forming the bedrock of the relationship between the state and social groups. Maybe, it was necessary to keep the country together as a single political entity. But it also laid the foundation for a political economy which, when combined with a socialist-leaning economic structure, would bring rent-seeking, corruption and cronyism.

The combination of political freedom, a clientelist political economy and an economy dominated by the state resulted in India underachieving its potential for a full four decades after Independence.

Things should have changed after 1991 or at least in the 2000s when some of the benefits of greater economic freedom became apparent. The mobile phone revolution which connected every Indian to the mainstream was brought about by a competitive private sector. The ongoing data revolution is driven by market forces too. More Indians are travelling by air today than ever before because of a competitive aviation sector. Nobody has to wait in a queue for months to buy a car or a scooter. Almost all goods and services which are provided by the private sector are of a high quality and reasonable price. Where government still runs business like in the cases of Air India and MTNL or BSNL, it is an unmitigated disaster.

None of that has changed the sentiment of the majority in favour of economic freedom. Why? Perhaps inequality is still a problem even though absolute poverty has declined and will likely be eradicated in the next five years. The fact is that India’s per capita income is only $2,000 (not even a lower-middle-income country) while it has an impressive number of dollar billionaires, only behind the US and China in absolute numbers. The problem is not inequality of outcomes. It is in the inequality in opportunity. There is still a perception (and reality) that not everyone is in a position to reap the benefits of an apparently merit-based market economy.


In India, so far, economic freedom has not been given the chance to drive prosperity. Yet, there is reason for optimism that as India grows into a middle-income country—in the next five to 10 years—it will have a greater appetite to unleash fully the forces of economic freedom

SOME OF THE blame lies with the private sector which should be the flag bearer of, and inspiration for, economic freedom. The socialist hangover lingers. Some entrepreneurs don’t mind a system which has controls because such a system can be manipulated to earn additional rents. Often, industries bat for their own interests rather than for the interest of the economy at large. Some entrepreneurs have made no attempt to hide the cronyism which has helped them get rich fast. Because of this, the perception of the ordinary Indian about economic freedom is skewed. The fact is that many entrepreneurs have benefitted from unfreedom and they continue to thrive.

Some of the blame also lies with the institution of government which has failed in delivering public goods to the people—education, skills, healthcare, sanitation—which would enable them to productively participate in a market economy. This lack of inclusion is a failure of the state and not the market, but it is easier to blame the invisible hand.

Prime Minister Narendra Modi’s mantra of ‘minimum government, maximum governance’ which many have misread as a pledge for complete economic freedom is really about course correction. It is focused very much on maximum governance which seeks to improve the last-mile delivery of public services which will foster inclusion and lower inequality of opportunity. And it is focused on cleansing the system of cronyism and corruption which has dented the faith of the masses in entrepreneurs who are the natural role models of a political economy based on economic freedom. And yet, it is evident that it isn’t easy to abandon the dominant political economy of the last seven decades: reservations for some social groups have been announced, as have redistributive measures for farmers and protection for certain industries via higher tariffs.

It is, therefore, unsurprising that many Indians, frustrated by the lack of a singular focus on double-digit growth, express admiration for authoritarian systems like in China which seem to combine enormous state capacity to deliver public goods with an adoption of economic freedom and a flourishing of enterprise. Unfortunately, that view is simplistic and wrong. Political freedom brings necessary checks and balances with it. In the absence of political freedom India’s trajectory may have resembled Pakistan’s more closely than China’s because Pakistan, like India, also has a clientelist political economy (same history) and followed similar socialist policies from the 1970s. Political freedom has enabled India to make at least some course corrections. Pakistan, on the other hand, has been on a declining trajectory after initial promise. Even authoritarian regimes need to negotiate with the underlying political economy in order to perpetuate their power.

The link between economic freedom and prosperity is well established, judging by the history of the last century and a half. Equally, the link between economic unfreedom and economic stagnation or decline is clear: 20th century communism proved it beyond doubt. What is the subject of frequent debate is whether economic freedom leads to prosperity or whether prosperity leads to economic freedom, that is, which way does the causation run? There is ample evidence to support the first contention: freer economies have registered higher growth and achieved faster prosperity—look at the advanced economies of the West, of East Asia, including Japan, and China. But there also may be evidence to suggest that in the early stages of advance, the state plays a significant role in the economy which gets rolled back as growth gains momentum and incomes rise. In that sense prosperity may enhance economic freedom. In India, so far, economic freedom has not been given the chance to drive prosperity. Yet, there is reason for optimism that as India grows into a middle-income country—in the next five to 10 years—it will have a greater appetite to unleash fully the forces of economic freedom. When the majority of Indians begin to see the clear benefit of the free market—in terms of opportunity, mobility, competition, merit and welfare—politics will embrace it. 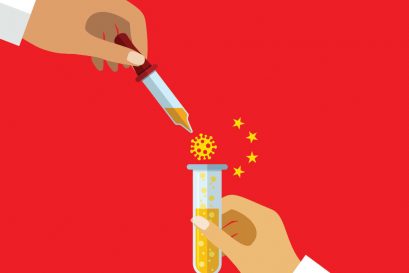 An alternative biography of the novel coronavirus 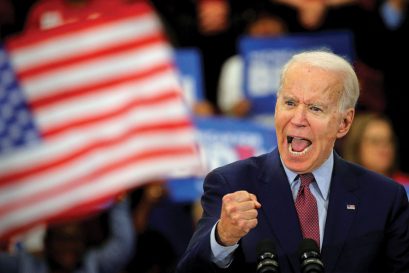 Biden His Time: Is it Joe Biden vs Donald Trump in November?

The former Vice President has pulled off a great political comeback 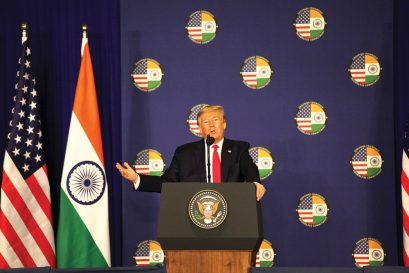 From America with Love