Election commissioners are only answerable to the institution 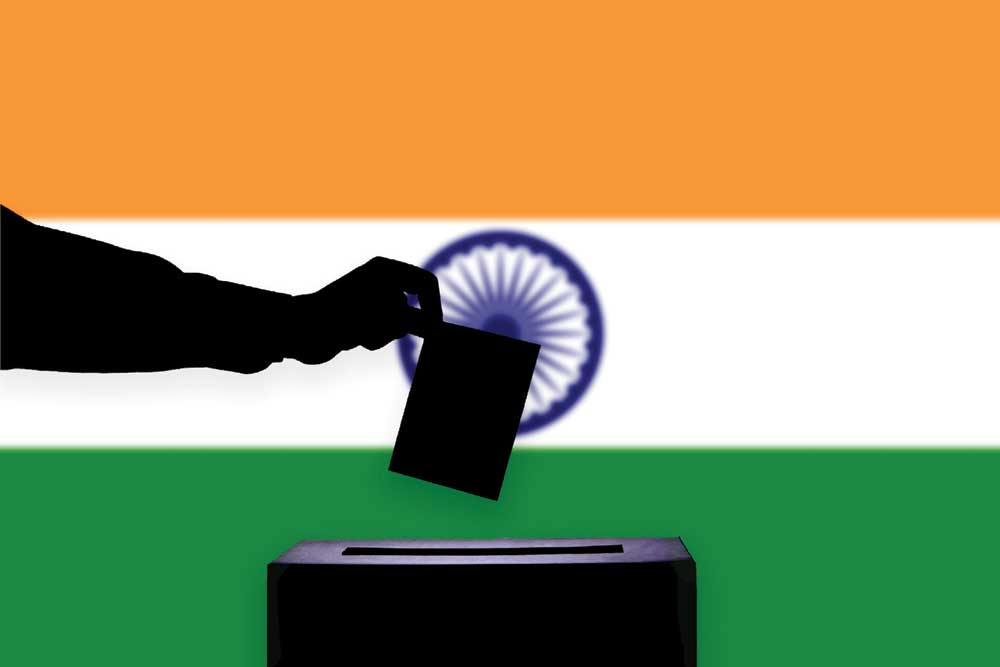 I PROPOSE TO FOCUS on the crucial issue of the wholesome functioning of the Election Commission that is in many ways critical to future development. There are two main issues involved here. The first is to instill a sense of security in election commissioners, which can only come through a constitutional amendment that makes the procedure for their removal the same as that for the chief election commissioner, thereby giving the same protection to election commissioners as accorded to judges of the Supreme Court. The second issue is to give legal sanctity to the tradition of the senior-most election commissioner taking over as CEC on the retirement of the incumbent, so as to eliminate discretion of the executive.

I have referred to the unfortunate imbroglio within the Commission when the then CEC, N Gopalaswami, suo motu recommended my dismissal from the Commission. The CEC had held that he had the authority under the Constitution to recommend the removal of an election commissioner. This was a case of constitutional overreach, leading the Government to reject his recommendation.

The furore that ensued led to a number of significant commentaries on the subject by arguably the country’s foremost legal and constitutional luminaries. Their voices should be regarded as objective expressions of concern on an issue that awaits urgent resolution.

Insofar as the commentaries are concerned, it is necessary to include the opinion dated 12 April 2006, of Ashok Desai, former Attorney General of India and senior advocate, for it was his opinion that CEC BB Tandon officially sought and upon whose advice he acted. It was on this opinion that the affidavit he filed in the Supreme Court was based.

On 16 February 2009, former CEC TS Krishnamurthy commented on the then raging issue at a function in Chennai with these words: “The anomaly pertaining to appointment or removal of Election Commissioner should have been set right in 1991 itself, when two more officers were appointed by the Centre. But it was not so. The disparity among the officers can be removed if all of them are treated alike.”

The purpose here is not to rekindle controversy but to present the facts in the hope that what I see as a glaring lacuna can be conclusively addressed in a manner that would strengthen the Commission and free its commissioners from the ‘whims and caprices’ not merely of the CEC of the day but also of the Government.

My letter to then Prime Minister Manmohan Singh sought to deter any further adventurism from within the commission. It was in the same spirit that I had sought to introduce some equalising reforms

I pointed out to the Prime Minister that till 1989 there was only the chief election commissioner, who was constitutionally protected by Article 324. On 16 October 1989, the Government of Rajiv Gandhi appointed two additional commissioners, namely Messrs SS Dhanoa and VK Seigell, for a term of five years or until they reached the age of 65, as prescribed for the CEC. Because of a curious turn of events, their tenures would last barely ten weeks. The 1989 General Election to elect the ninth Lok Sabha saw the defeat of the Rajiv Gandhi-led Government to be replaced by that of VP Singh. The new Government abolished the two posts by a simple notification on 1 January 1990, allegedly because the two commissioners had angered the Haryana politician Devi Lal, who later became Deputy Prime Minister. This led one of the two affected commissioners, SS Dhanoa to challenge this decision in the Supreme Court. Although the Supreme Court agreed that his removal was arbitrary, the court, nevertheless, upheld the decision of the Government, ruling that because the president (meaning Prime Minister) was the appointing authority, he held the power to rescind the posts as well. This would hold special significance in my own matter as it unfolded.

My own case played out somewhat differently. In the case of Dhanoa and Seigell, it was the Government that chose to abolish the posts. In my case, while the Government had no stated intention of abolishing the posts, Gopalaswami interpreted the Constitution to mean that as CEC he had the constitutional right, suo motu, to recommend to the Government the removal of a fellow commissioner without awaiting a reference from the Government. This play of events was precipitated at a critical phase of the 15th General Election, practically on its eve, and just a few months before the CEC would himself demit office.

My letter to the Prime Minister sought to deter any further adventurism from within the Commission. It was in the same spirit that I had sought to introduce some equalising reforms. One was that, henceforth, the CEC and both the commissioners would jointly write the confidential reports of all officials who served the Commission both at its headquarters and in the states. As any civil servant would recognise, this served to bring about parity between all three, because all officials would seek to serve the Commission as a whole and not be beholden only to its chief. This was a significant step towards the concept of primus inter pares spelt out in the Seshan judgment of the Supreme Court, that held that all three were equal, but the CEC would handle matters of administration so that there was no confusion in day-to-day work.

The matter of providing constitutional protection from removal is being heard in the Supreme Court. The Commission in its affidavit before the court reaffirmed its two-decade-old stand that all the commissioners must be treated equally in the matter of their removal. Disappointingly, and in sharp contrast, the Government’s stand is that there can be no justification for bringing the conditions of removal of the election commissioners, who are statutorily appointed, on par with that of a permanent constitutional functionary such as the CEC. The Government in its affidavit has further stated that the Commission was functioning ‘smoothly’, and since the petitioner had not placed any ‘material backing’ there is, therefore, no ‘need for a change’.

Eminent jurist and constitution expert Fali Nariman told the Hindu that the CEC may have the power under Article 324 (5) of the Constitution to recommend the removal of an election commissioner but this power cannot be used mechanically due to some difference of opinion with the other commissioners simply because he is a superior authority. It can be used only if there is a gross violation or if a person has become bankrupt. He further stated that the CEC’s recommendation is not binding on the Government. The eminent lawyer was more upset at the timing of Gopalaswami’s recommendation. “When we need a united Commission for holding the general elections, [the CEC’s action] has divided the Commission and has done damage to the institution,” he said.

Former Attorney-General and senior advocate Soli Sorabjee shared Nariman’s views: “The power of the CEC to recommend removal of an EC is implied given the structure of the Election Commission. But the timing is unfortunate. It is for the Government to take a decision to accept or not accept the recommendation. If there are cogent reasons for the Government to reject the recommendation, it can do so.”

Former Law Minister Shanti Bhushan echoed this: “Appointments and removals are in the Government’s domain and a view by the CEC is to be given only if his advice is asked for.” He too questioned the timing: “The matter has been pending for many months. If the CEC wanted to give an opinion, why did he wait for weeks before his retirement, which is due on April 20?”

In an article published in the Hindu on 9 February 2009, Justice S Mohan—retired judge of the Supreme Court of India—argued that:

‘The CEC cannot exercise his power suo motu because the members of the Commission are of equal status. If suo motu power is conferred on the CEC, it will amount to an assumption of superiority, which is not warranted and will obliterate the equality. This aspect did not specifically arise in the case of TN Seshan. However, it is logical to conclude that if the Election Commission is to function as a body, such suo motu recommendation by the CEC would nullify the function of the Commission. The Election Commissioners will be more interested in dancing to the tune of Chief Election Commissioner and try to be in his good books. This cannot be the intent of the Constitution under Article 324(5). Such a situation will never be conducive to an effective functioning of the Commission. The conclusion, therefore, is inescapable that the power of recommendation cannot be exercised suo motu.’

‘Almost all sober students of Indian politics and most constitutional experts are unanimous regretting that the controversy caused by Mr Gopalaswami has damaged the institutional prestige of the Election Commission. Since TN Seshan’s days, it has reclaimed— with considerable help from the judiciary and the democratic civil society—its autonomy against a wayward political class; and it has indeed used that elbow room to introduce an energetic notion of fairness in the electoral process. No longer can a ruling party—at the Centre or in the states—have an unfair advantage over its rivals and challengers. The Election Commission has become a role model the world over for a vigorous, neutral and detached umpire in a poll process that otherwise tends to be defined by intimidation, violence and corruption.

It is precisely because of this success that the timing of Mr Gopalaswami’s action bewilders even those who may be inclined to see some merit or reason in his animosity towards Mr Chawla. Coming as it does so close to the next general election, the Gopalaswami activism has the potential of distracting from the authenticity of the forthcoming poll process. Neither Mr Gopalaswami’s friends nor Mr Chawla’s detractors would want any further erosion in the credibility of the institution that is at the heart of the Indian democracy.

In fact, both the Prime Minister and the Law Minister have a responsibility to reject Mr Gopalaswami’s recommendation but in a manner and language that would assure the nation that there is no dilution of the canons of good governance. Indeed, the Gopalaswami activism needs to be defeated, otherwise it would set a disastrous precedent, encouraging political parties to try to manipulate and browbeat the Election Commission and its officials.’

(This is an edited excerpt from Navin Chawla’s book, Every Vote Counts: The Story of India’s Elections | (HarperCollins India | 376 pages | Rs 524)