Why Britain is the world’s most relaxed multiracial democracy 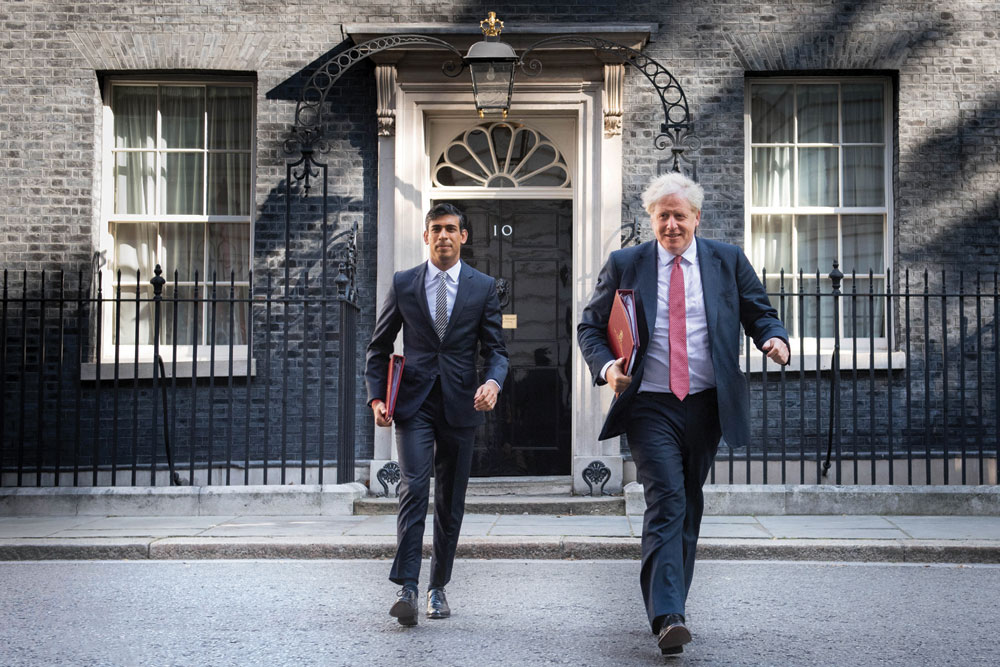 
ANYWHERE ELSE IT would be a ripple—not even a storm—in a teacup. But given the placid backwaters of British politics, the abrupt dismissal of two high-profile prime ministerial aides becomes a matter of great moment. If it hasn’t rocked the world, that is because the world is too unimportant to appreciate the majesty of Pax Britannica.

A hint of the Foreign Hand slithering surreptitiously from Punjab via East Africa to England and into the hordes of actors and understudies, prompters and pranksters that throng No 10 these tantalising days suggests the excitement of the empire striking back. As the outcome unfolds, people are bound to look closely at the cross-cultural connections of the principal players, in particular of Allegra Stratton, the prime minister’s press secretary and clear beneficiary of the coup.

Not since Indira Gandhi threw Maneka out of the house has a political departure been as dramatic as that of Dominic Cummings and his henchman, Lee Cain. Variously called “de facto prime minister” and “Svengali”, Cummings was the all-powerful chief adviser to Boris Johnson whose avowed aspiration to be “world king” prompted David Cameron to dismiss him as a “career psychopath”. Cain was communications chief. Knapsack on back, Cummings walked out of No 10 carrying a cardboard box of papers and a see-through bag of bottles and canisters. Did he also walk out of history? That remains to be seen.

The ignominious ouster was Stratton’s handiwork. But she would not have pulled it off without the formidable backing of Carrie Symonds. Newspapers call Carrie Boris’s fiancée. She is his live-in girlfriend, mother of his youngest child, Britain’s latter-day male MO Mathai. She has unkindly been compared to Lady Macbeth. The nearest historical parallel I can think of is France’s Madame de Maintenon, mistress and later wife of Louis XIV, the Sun King. As the Conservative Party’s one-time head of communications, she has been there, done it, seen it all.

The four have been engaged for weeks, perhaps months, in toxic turmoil, intrigue and back-stabbing through leaks that recalled Washington during the frenzy of Watergate.

Boris, who is now forced to self-isolate after being in contact with colleagues who tested positive, was reportedly incensed to hear that the two men had been telling tales against him and his sleeping partner. He was probably gulping oxygen in the intensive care unit of London’s St Thomas’ hospital when the conspiracy in the Conservative ranks gathered momentum.

Most of the time, however, he seems to have blustered and blundered, giving the impression of heading a dysfunctional government. That image may be deceptive. A vein of shrewdness runs through his bombast. What helps him most is the fall-back asset of a mature and caring administration that is not distracted by politicians’ tantrums. All through the Covid-19 crisis it has continued to provide free treatment, free school meals, streamlined governance and stabilising incentives without any hint of the neglect, bullying and exploitation that Indians associate with crisis management.


The betting seems to be that Boris Johnson will sooner or later hand over to an interim prime minister (Michael Gove, the cabinet office minister, perhaps?) who will yield to Rishi Sunak. In any case, ‘Dishy Rishi’ will present the budget in March. Britain’s media is already salivating over the expected bonanza of ‘Rishinomics’

But there is no obscuring the creeping feeling that the prime minister’s exuberance is probably better suited to campaigning than governing. Nor the fear that the grim tasks at home and abroad during a recession call for much more serious and sustained treatment. The immediate challenges are a surge in Covid-19 infections, Brexit, and building bridges with Joe Biden whom Boris hasn’t ever met and who once called him Donald Trump’s “visible and emotional clone”. Given still smouldering Democratic resentment at the prime minister’s criticism of Barack Obama and what an Obama aide calls his “slavish devotion to Trump”, he may not find it easy to persuade the Biden administration to agree to the economic treaty the UK so desperately needs.

Now that the tail that wagged his government has gone, Allegra will be the new public face of Boris’s government. She will take the proposed new daily televised press briefings from January. Cummings and Cain were ousted because they stood between her and the prime minister. Stratton demanded
unfettered access even though some feel that the prime minister thereby runs the danger of being distanced from his media supporters.

Understandably, the innovation has received a mixed reception. Unlike some other Commonwealth prime ministers, Boris has never fought shy of the media. But many feel that a daily TV show smacks too much of the US where politics is PR and PR is politics. Remote as it may seem, Boris must also be aware that it’s not unknown for prime ministerial press secretaries to succumb to megalomaniacal hallucinations about their role.

Cummings was the Vote Leave leader who delivered Brexit in the 2016 referendum with his Little Englander “Take Back Control” slogan. Although he boasts of never having been a member of any political party, Cummings also ensured the Johnson-led Conservative Party’s 80-seat majority last year. As the prime minister’s grey eminence, he was said to ride roughshod over even cabinet ministers.

“So many of you guys were too busy shooting or skiing or chasing girls to do any actual work” was his contemptuous dismissal of parliamentarians on the same side of the fence. “You should be treated like a tumour and excised from the UK body politic.” Some of them, in turn, denounced his elevation as “shameful” and demanded he should be refused a pass to the House of Commons because he was found in contempt of parliament over an inquiry into ‘foreign influence and voter manipulation’ in the Brexit vote.

There were whispers then of the Russian hand. Not this time round. Our Allegra was head of communications to Rishi Sunak, ‘Dishy’ Rishi as the tabloids have dubbed him, Chancellor of the Exchequer, ‘finance minister in Indian English’, as his mother-in-law, wife of NR Narayana Murthy of Infosys, would say. Allegra’s husband, James Forsyth, political editor of The Spectator (which Johnson once edited and where Cummings’s wife is commissioning editor), went to school with Sunak at the exclusive Winchester College. Sunak was best man at the Forsyth-Stratton wedding. The two husband-and-wife teams are close friends. For all that Dishy Rishi remains a teetotal Hindu and takes his oath at the House of Commons on the Bhagavad Gita, they are godparents to each other’s children.

The betting seems to be that Boris will sooner or later hand over to an interim prime minister (Michael Gove, the Cabinet Office minister, perhaps?) who will yield to Sunak. In any case, Dishy Rishi will present the Budget in March. Britain’s media is already salivating over the expected bonanza of ‘Rishinomics’.

With the economy still nearly 10 per cent smaller than last December and 8.2 per cent below February’s level, it needs the magic touch of the whiz kid whose ‘Eat Out to Help Out’ discount meals plan in August is credited with the fastest quarterly growth since quarterly records were started in 1955. He will have to find £200 billion to deal with the pandemic.

The Chancellor is good with money. Brits expect the country to benefit from his horse sense. It’s been a long road since Lord Salisbury said that British voters would never agree to being represented by a ‘Black man’

If Sunak is the Foreign Hand, there are glimpses of Foreign Fingers wiggling here and there. Home Secretary Priti Patel is one trusted Asian. Alok Sharma is another. Sajid Javid, son of a Pakistan-born bus driver, who was Sunak’s predecessor as chancellor, remains a third. Twisting the knife in Cummings’s wound, the government agreed last week to a ‘very, very last minute’ five-figure settlement for Sonia Khan, the former Treasury aide whom Cummings sacked last August before having her marched out of No 10 by armed police. Cummings accused Khan, Javid’s former special adviser, of leaking Brexit secrets. Ironically, he and Cain were themselves more recent targets of similar accusations which prompted the appointment of an inquiry committee.

The rest, as they say, is history.

AS DECEMBER 31ST, the deadline for Britain’s formal and final divorce from the European Union draws near with little sign as yet of an agreement, no one should be surprised if Boris himself invokes the blessings of a benevolent Foreign Hand by claiming kinship with the US vice president-elect. Those who wonder how an ‘Ottoman grandson’ (as Turkish papers call the prime minister because his great grandfather, Ali Kemal, was a Turk) can even pretend to be related to a ‘Tam-Bram’ or a Jamaican (Kamala Harris’ two race identities), don’t know the Johnson ingenuity.

Calling himself “India’s son-in-law”, because his divorced second wife’s mother was born a Sikh (but married an Englishman), he turned up at the Vaisakhi celebrations in Trafalgar Square as his first official engagement as London’s mayor. He also wound a saffron turban round his head to canvass for votes in a Bristol gurdwara during last year’s parliamentary election, and promised a trade pact with India. Easy Scotch exports would save him having to take ‘clinkie’ (meaning bottles of Johnnie Walker) in his baggage for his ‘Indian relatives’ whenever he visited India.

The pact didn’t happen. Always with an eye on quitting India, Indians wanted visas more than whisky. Now, Carrie Symonds, undoubtedly the most powerful woman in the kingdom, might not let him brag any longer about his ‘Indian relatives’. That boast can be left to Allegra Stratton. Hers is the real Indian connection.
Her contact says his wife doesn’t care for the ‘Dishy’ moniker. So, it’s hands off. She is after all the billionaire Infosys heiress. I said the chancellor is good with money. Brits expect the country to benefit from his horse sense.

It’s been a long road since Lord Salisbury, the 19th century Conservative prime minister, said that British voters would never agree to being represented by a “black man”. Voters proved him wrong by electing Dadabhoy Naoroji as the first Asian member of the Commons. Whether or not Dishy Rishi fulfils his destiny, Boris Johnson’s government confirms that despite the recent hiccup, Britain is the world’s most relaxed multiracial democracy. 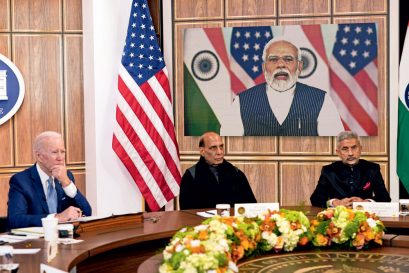 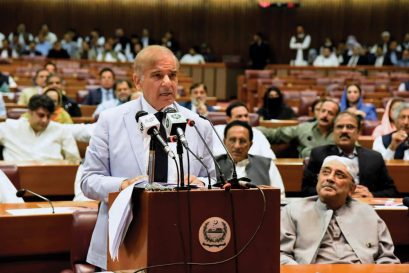 A New Sharif in Islamabad