The End of Unpredictability 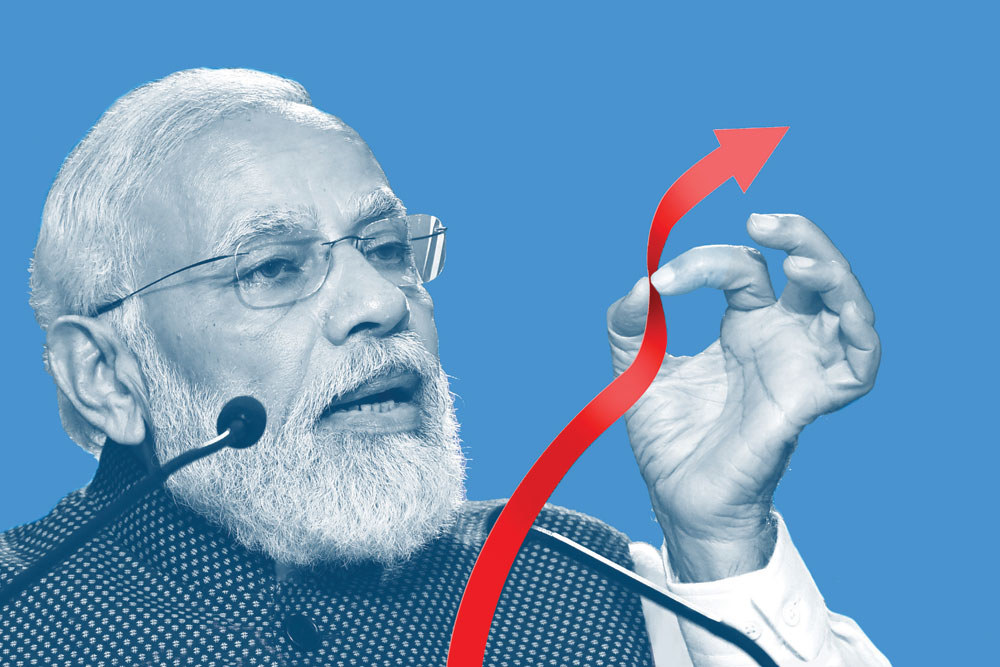 
THOSE WITH A passion for political trivia may be aware of the curious circumstances in which Hugh Dalton, Chancellor of the Exchequer in the post-war government of Clement Atlee, was compelled to resign a day after presenting his budget in November 1947. On his way to the Parliament chamber, the garrulous Dalton was accosted by a familiar journalist from the Star (a now defunct evening paper). Patting him on the back, the chancellor whispered: “No more on tobacco; a penny on beer; something on dogs and pools but not on horses; increase in purchase tax, but only on articles now taxable; profits tax doubled.”

There was a generous time lag between the time Dalton entered the chamber of the House of Commons and the presentation of the budget. The Star’s sensational scoop, containing price-sensitive information, hit the stands a full 20 minutes before Dalton began his budget speech. The next day, a red-faced Dalton offered his resignation.

At that time, the interest centred on the pitfalls of politicians talking too freely to the media. Atlee, a man who never interacted with the press, was quite aghast. “Talk to the press,” he is reported to have remarked, “Why on Earth did he want to talk to the press?”

Atlee’s bewilderment may not have been entirely unwarranted. The practice of sensitising the media before the actual presentation of the budget led to another British embarrassment in 2013 when the image of the budget synopsis was tweeted by a journalist. There have been no such known cases in India, but it is interesting that the custom of briefing a handful of journalists about the Budget contents (and then confining them to a room till the finance minister finished his speech) was abruptly terminated some two decades or so ago. It is said that a Mumbai-based private banker had boasted about being specially alerted about the Budget provisions.

The issue is more than just a prying media. The Dalton incident clearly revealed why the annual budget evoked a particular type of interest, not all that long ago. People in India will recall the grim tension in households and businesses over a forthcoming Budget. The week before the event would see many fast-selling items—most notably cigarettes—disappear from the shelves, with traders hoarding items in anticipation of a price rise which could allow them to pocket the difference between the pre- and post-Budget prices. Many of us can recall rushing to the petrol pumps and filling the tank, if only to avert having to pay a higher price for a few days. Budgets were indeed a time of tension, anxiety and wild speculation, with tipsters having a field day.

There was no such flurried excitement in the days preceding Finance Minister Nirmala Sitharaman’s Budget speech on February 1st. True, the stock markets were overactive, depending on punters’ understanding of the announcements. However, the average Man from Matunga didn’t anticipate his life changing dramatically after the Budget speech concluded. I recall an opposition protest rally in the early-1970s chanting the slogan lamenting “mehenga saboon, mehenga tel (dearer soap and dearer cooking oil)”.


This Budget emphatically placed the Modi government in the forefront of India’s rapid modernisation and capacity-building programmes. The increase in capital expenditure is Keynesian, suggesting that the government hasn’t got any aversion to big government. Atmanirbhar Bharat is significantly different from both Gandhi’s self-sufficient village communities and the protectionist regime that prevailed until the 1990s

It is unlikely that we will witness such a spectacle now. Nor for that matter are we likely to witness a full Brabourne Stadium in Bombay or, for that matter, the Netaji Indoor Stadium in Calcutta, patiently hearing Nani Palkhivala hold forth in English on how the Budget had yet again assaulted India’s well-being. These days, the excitement over the Budget barely lasts beyond two days—unless, of course, the finance minister proposed something quite outrageous.

The sheer unpredictability surrounding the Union Budget has yielded way to routine.

There are two reasons for this shift. First, for the past five years, the important revenue proposals—barring direct taxes—are no longer announced in the Union Budget. Since the Goods and Services Tax (GST) led to a pooling of sovereignty between the Centre and the states, shifts in most indirect taxes are determined outside the Budget by the GST Council comprising representatives of the Centre and all the states. This has meant that the flights of whimsy that accompanied some new taxes in the Budget—recall the punitive taxes on so-called luxury goods imposed by Charan Singh in the 1970s—have become history.

An economic regime based on greater predictability has even extended into the realms of direct taxes. In the 1970s, when Indira Gandhi came under the sway of the entitled Left of Lutyens’ Delhi, it had become fashionable to use every Budget to squeeze the better-off sections a little more each year. It became so utterly ridiculous that personal income tax rates for the topmost bracket touched as high as 93 per cent and created the conditions for the expansion of the parallel economy. However, at least since Rajiv Gandhi became prime minister and particularly after PV Narasimha Rao began dismantling the over-regulated economy, the trend is for direct taxes to be kept internationally competitive and focus on expanding the tax net through a mixture of carrot and stick. Consequently, the fear among the urban middle classes has given way to expectation that each year will witness some additional
tax concession.

Secondly, unlike the socialist era when the public sector occupied the ‘commanding heights’ of the economy and the state was the dominant player in the national economy, post-liberalisation India has seen a transformation. However, contrary to the claim by pamphleteers of the Left that India has been experiencing a long Thatcher season, the dilution of the public sector has not been accompanied by a truncation of the role of the Government. What has happened is the expansion of welfare schemes funded by the proceeds of a growing GDP and more targeted government intervention in the creation and upgrade of infrastructure. Like today, the announcement of increased allocation to good works was earlier greeted by the thumping of desks on the treasury benches of Lok Sabha. The difference now is that the demand for money is also preceded by an account of what the major programmes have achieved and what is hoped to be achieved in the future. This accountability was lacking in the past and is a welcome addition to the Indian political landscape.

Nirmala Sitharaman’s third Budget speech was a departure in many ways. First, there was a visible absence of froth and the contrived use of poetry or passages gleamed from a handy Book of Quotations. Apart from a casual reference to a Mahabharata homily, her speech was amazingly businesslike, modest in length and remarkably shorn of fluff. She avoided being overwhelmed by details and reading the Budget speech like a dhobi-list of proposals that would please everyone from Dindigul to Danapur. The details of proposed new railway routes were, for example, not elaborated and the focus was on the big picture.

It is this shift that, to my mind, constitutes the most significant departure of this Budget from previous years. What was consistently emphasised was that India is on the cusp of a major economic breakout and that India seeks rapid modernisation that involves investments in areas as diverse as 5-G and drones.

In the past, the Narendra Modi Government was often a shade tentative in demolishing the holy cows of the Congress era. The opening up of the defence sector to the private sector, first made in 2014, was amid ideological resistance, not least from within the Bharatiya Janata Party’s (BJP) own parivar. Now, the involvement of the private sector in the defence R&D programmes appears almost seamless. Likewise, what attracted attention was the 30 per cent capital gains tax on crypto assets. But what didn’t provoke the usual outrage was the fact that these have now been accepted as facets of India’s move to embrace a new world of, albeit high-risk, financial assets. This Budget emphatically placed the Modi Government in the forefront of India’s rapid modernisation and capacity-building programmes. The steep increase in the Government’s capital expenditure is characteristically Keynesian, suggesting that the Government hasn’t got any aversion to big government, as critics of India’s neoliberal economy are often inclined to believe. Atmanirbhar Bharat is significantly different from both Gandhi’s self-sufficient village communities and the protectionist regime that prevailed until the 1990s.

PREDICTABLY, THE POPULISTS have been critical of the Budget for not focusing on anti-poverty programmes, particularly in the aftermath of a disruptive Covid-19 pandemic. The critics are right insofar as the rash of announcements of doles, handouts and subsidies has been avoided. Instead, the approach appears to be on the creation of an enabling environment. Like the toilet-building programme of the Swachh Bharat Mission, the Modi Government is investing big time in three all-India schemes: drinking water to rural households, pukka houses for the underprivileged and the building or upgrade of rural roads. The understanding is that the creation of these tangible assets plus a marked improvement in the quality of life will unleash and supplement the productive energies of people and lead them to avail of the opportunities created by the larger modernisation programme.

The Modi Government has availed of the 75th anniversary of Indian independence to go well beyond the usual celebratory programmes. The prime minister has used the occasion to break free politically from the shackles of the past and move to a new economic trajectory. In time to come, historians may well come to see the 2022 Union Budget as the inauguration of a new chapter by a politically confident prime minister.