The Boss Who Listens

Experts are never out of place in his court 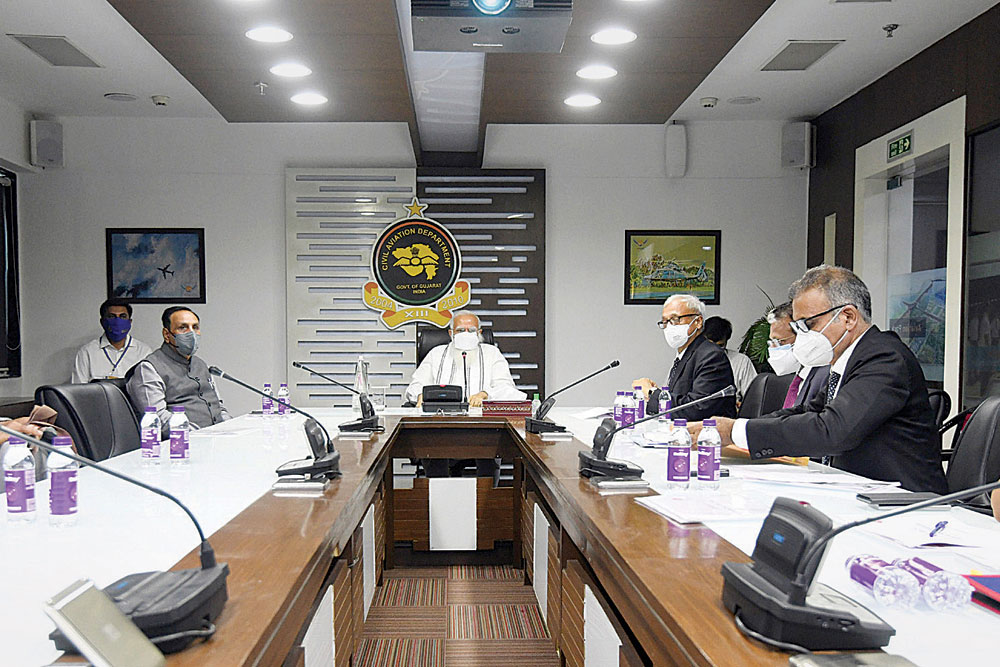 
EVER SINCE HE decided early in his first term at the Centre to assess his ministers’ performance the way the corporate sector evaluates its employees, Prime Minister Narendra Modi’s style of governance has been in the spotlight. Much before that, while he was chief minister of Gujarat, two noted economists who studied his policy priorities had described them collectively as the Gujarat model which, they said, was a metaphor for a primarily growth and private entrepreneurship-driven development.

While it appears outwardly that Modi has been busy assessing the performance of his team of politicians, bureaucrats and experts, it is he who is often at the centrestage and whose work often gets reviewed endlessly, by those who adore him and those who detest him with equal vigour. As a result, there are multiple interpretations and perceptions about his modus operandi in government, engendering a haze of speculation and myth. After all, he is the first prime minister after a long time who has been through such intense public scrutiny. Sanjeev Sanyal, Principal Economic Adviser in the Ministry of Finance, tells Open that the biggest misconception about Modi as an administrator is that he is authoritarian, which is a familiar refrain among his political rivals. On the other hand, states Sanyal, “The prime minister is a very attentive listener. That is what I can say from my experience. He is very open to feedback, especially negative feedback.”

Which primarily means Modi wants to first know the truth, however unpleasant it is. Good news can wait, but not the bad ones.

Several officials, who have worked closely with the Vadnagar, Gujarat-born political heavyweight while he is prime minister and as chief minister prior to that, attest to that assertion. Arvind Gupta, co-founder and head, Digital India Foundation, and former CEO of MyGov, notes that for Modi, when he was chief minister and later prime minister, e-governance has been close to his heart. “Although he had ambitious targets in mind, I have never even once seen him being impatient at any meeting. Besides, he makes sure that opinions of everybody there are heard. He also has great respect for hard work and talent. He rewards them both,” Gupta declares.

Gupta goes on to say that Modi is also an “avid note taker” when he meets the experts. As someone who has a quick grasp of technology, he comes to meetings very well-prepared, Gupta quips, adding that the prime minister is always fully aware of the discussions in earlier meetings. He generally speaks last, recalls Gupta, emphasising the prime minister has for long been a champion of e-governance and he has a knack for keeping himself abreast of global trends. MyGov is a citizen-centric platform launched in 2014 to seamlessly link the people with the Government.

That Modi is a tireless listener is a compliment he gets from most professionals in his dispensation.

Krishnamurthy Subramanian, Chief Economic Adviser (CEA) to the Government of India, discloses that on a tour abroad when his protocol officer happened to be the official food tester to the prime minister, the officer revealed to him that what they say about Modi and his strict lifestyle is true: he sleeps only four hours, maintains a hectic schedule and takes his exercise regimen seriously.

However, for Subramanian, the first thing that always strikes him about the prime minister is a quality often spoken about within closed circles around Modi, but not much outside: that he is an intense listener.

The 49-year-old economist is an alumnus of prestigious institutions, and has worked at multinational companies and interacted with scores of Nobel laureates and other luminaries for whom listening is second nature. “Still, I haven’t met a better listener than the prime minister so far. He never shows any impatience, nor interrupts. His body language is extremely calm when you speak to him on various subjects,” says Subramanian, an alumnus of IIT Kanpur, IIM Calcutta and the University of Chicago where he was a doctoral student of former Reserve Bank Governor Raghuram Rajan. A professor at the Indian School of Business, Subramanian had previously worked with JPMorgan Chase, TCS and at Emory University.

Another trait of Modi that Subramanian finds endearing—something Sanyal also talks about—is the prime minister’s insistence on knowing the truth as early as possible in an interaction. Says Subramanian: “He strongly encourages me to speak my mind. And I genuinely speak my mind, and this is contrary to the general perception that some people have about him. He doesn’t want to know just the good news.”

In the process, even a world-class professional like the CEA walks out of a meeting with Prime Minister Modi deeply inspired to perform better. Subramanian sees that as a confirmation of the prime minister’s superior leadership skills. He is also delighted when Modi stays rooted and humble, asking for clarification when needed. “He asks us to explain when he doesn’t understand something well,” Subramanian says.

THE PRIME MINISTER, it is learnt, often gets into one-on-one meetings with specialists for hours to become thorough on various subjects so that he can acquire a greater understanding of them ahead of framing policies. “Such is the rigour of the man,” says a Delhi-based official. The prime minister also remembers to praise officials and politicians who deserve a pat on their back for their hard work and exceptional skills. “He gives everyone their due,” notes another IAS officer from the Gujarat cadre.


People who have worked with him for years, especially since his early days as chief minister of Gujarat, say that Modi is always ready to act based on feedback, a practice he is known for. He is also an intense listener

People who have worked with him for years, from his early days as chief minister of Gujarat, point out that Modi is always ready to act based on feedback, a practice he is known for. An official says that it is possible he has picked up the habit from his early days as a politician and a Rashtriya Swayamsevak Sangh (RSS) pracharak.

Take, for instance, the drone policy of this year. The original version was amended after comments from the industry and various stakeholders. The policy that was finally cleared made operating a drone in India easier. It got rid of security clearance for licence issuance, and fees were drastically brought down. On August 26th, the prime minister tweeted: “The new Drone Rules will tremendously help start-ups and our youth working in this sector. It will open up new possibilities for innovation & business. It will help leverage India’s strengths in innovation, technology & engineering to make India a drone hub.”

Meanwhile, in a nation that elected him after 10 years of Congress rule and then re-elected him for another term and that wants results very soon, Modi’s efforts to centralise governance around the Prime Minister’s Office (PMO) have secured plaudits for all the right reasons. It is felt that the centralised structure of the Modi Government enables rapid implementation of projects, drafting of policies and overall decision-making while decentralised governance as seen earlier in the years between 2004 and 2014 was beset with policy paralysis. Again, an official who has watched him for decades, says, “His style of working is to take responsibility and accountability for his actions and to make things happen very fast. He is a true moderniser, but at the same time, he delegates work and demands accountability from his ministerial colleagues too. So, in the end, it is a centralised structure where there is a collective effort to achieve the best possible results. Modi in that sense is a leader of the people and a good manager of men and women. He also works at a feverish pace without showing any signs of exhaustion.”

Modi’s efforts to thrash out solutions to pressing problems in an emerging economy like India with the help of experts have won praise from various quarters, including those who are not politically on the same page. None other than Nassim Nicholas Taleb, an essayist who wears many caps, including a risk analyst who studies probability, had praised Modi’s response to quickly enforce a lockdown last year, saying that it was a black swan event and in the absence of much knowledge about what was in store, it was the best thing to do. A black swan, according to Investopedia, is an unpredictable event beyond what is normally expected of a situation and has potentially severe consequences. Similarly, Cass Sunstein, Robert Walmsley University Professor at Harvard Law School, and a former Administrator, White House Office of Information and Regulatory Affairs, had praised India early last year on a range of aspects notwithstanding his well-known ideological positions. He tweeted early last year after reviewing the Indian situation: “Some exceptionally impressive achievements in India, on issues including cleanliness, public health, safety, and sex equality.”

For someone who as chief minister used to get his staff to collect bad news from Gujarati newspapers (for instance, a roof collapse of a classroom in a distant village or an absence of doctors in a public health facility) and then press his officials into action to get remedial measures in place, Narendra Modi has a great understanding of both “micro and macro pictures”, says a Gujarat cadre IAS officer who adds that hard work and an appetite for learning have put “Modi in good stead”. In these trying times, as the world tackles a contagion and economic crises, such qualities have helped the prime minister cope with newer challenges.