He succeeded because he rejected the politics of failure 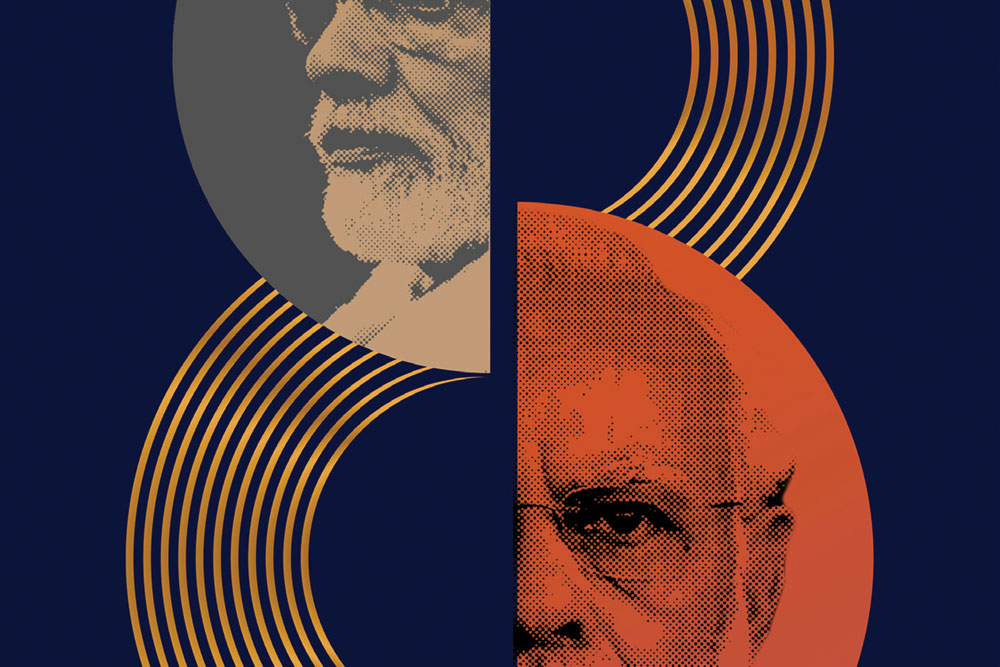 
POLITICS HAS BECOME a study in doom, certainly for certain pundits who have not stopped measuring the depths of the liberal crack-up and the peaks of populism. The science of doom is built on the behavioural patterns of the people and the sorcery of the resentment-reaper, and it flourished in the wake of Brexit and Trump, two events that brought the grievance of nativism and the anger of being left-behind to the arena. For once, it was not war or revolution that played havoc with the popular mind and set the stage for the liberator. It was the global climate of disenchantment with the entitled elite and the traditional left and right that indulged them. It was the telluric current of hurt that shook democracy. The new theology of liberation was all about the guided journey inward, and the inevitability of the question that comes with it: Who are we? The question was amplified by leaders who brought the street and the drawing room together in the politics of rejoinder in which power is a struggle as well as a goal. What went wrong? The consensus was: Democracy did.

If so, it was a man-made crisis. Blame it on politicians who took the mandate for granted, and put their faith in the rhetorical uses of the old left and right. They had taken permanent residency in the safety zones of worn-out isms; ideology for them was ideas-proof. Their retirement from reality was only matched by their sense of entitlement. The placidity of the status quo that the traditional duopoly of politics provided was a deception, and its unravelling was inevitable. For the angry and the abandoned, politics-as-usual had become an enterprise without a moral or emotional content. Politics had ceased to be a personal testament. That was when the subversive came along, promising to make the abandoned the custodian of a future in which the personal would reign supreme. God and country, the familiar and the family, and all that made them feel at home would come back to define the new politics. Suddenly, democracy had become the best of the uncertain systems. Or the worst? Definitions would depend on the nature of the rulers born in the churn.

The churn in India had begun long before populism became an all-inclusive term for politics as unusual. The grievance that swelled in India had a religious adjective. The Hindu sense of hurt through which LK Advani once rode a chariot was the first instance of counter-secular sentiment in Indian politics. When the political Hindu refused to be defensive about his religion, which he believed had given his country its civilisational identity, the Establishment of the day caricatured his resentment as majoritarian recourse to mythology. The first BJP government brought out the redundancy of an establishment that misread the change that was sweeping across India as bad behaviour of the mobilised Hindu. In retrospect, the government that was born out of the churn was smaller than the mandate. It was as if the impatience of India was rewarded by a government that didn’t realise the romance of the moment—or its own historical worth. It was a government that filled the space that was lying vacant for so long. But it made an extraordinary moment look ordinary. It wasn’t forgiven.

It took another ten years for the Indian Right to realise its potential, to discover its redeemer. After a prolonged period of stagnation and defeatism, the movement found its argument—and a man who could take it so effortlessly to the mass mind. All these years he was elsewhere, feted as a super performer in a country that institutionalised the Hindu rate of growth. Still, you could not have missed the exceptionalism of Chief Minister Narendra Modi of Gujarat. His flamboyance did not camouflage his conviction; his rhetorical flourish on the stump did not cloud his message; his local context did not minimise his national text. The lucidity of his political style did not conceal his purpose either. He fought three Assembly elections and won India’s heart, making him the natural contender for 2014, despite his party’s initial ambivalence about him. He made himself indispensable—and India’s candidate. His campaign for India began from the embers of adversity, circa 2002, and it peaked in an India let down by the Right that failed to respect its own origin story. Modi succeeded because he had always rejected the politics of failure. He had a story to tell, an argument to make.

He is the one still telling the story of India, and making an argument for India. On the eighth anniversary of his prime ministership, he retains the novelty of being Modi by adding more compelling narrative twists to the story. You can either engage with the story or challenge its moral conclusions; to dismiss it is to take refuge in the comforting certainties you had lived with all along. To deny the new political idiom of national morality is to believe in the permanence of national attitude, which in India for so long was conditioned by a state wiser than the citizen. In Modi’s story, the political has a pronounced cultural accent, and when it’s retold by others, especially by the Hindu rearmed, it becomes threatening, and at times even vulgar. An India freed from a pedagogical state and given back to its natural cultural instincts is an engrossing story in the evolutionary history of nations. Has the story become more interesting than its teller?

No is the answer. The so-called change-meisters elsewhere had fallen for the bad aesthetics of governance and their totalitarian temptations. Those who are still there owe their durability to sham democracies. There are any number of political analysts who place Modi too in the convenient gallery of populists, and paint India with apocalyptic brush strokes. India is not a lost democracy; India is a democracy fast shedding its inhibitions and swaying to the art of one of politics’ most credible storytellers. Modi is still the argument that animates India’s politics of renewal.