The humanitarianism of eastern Islam 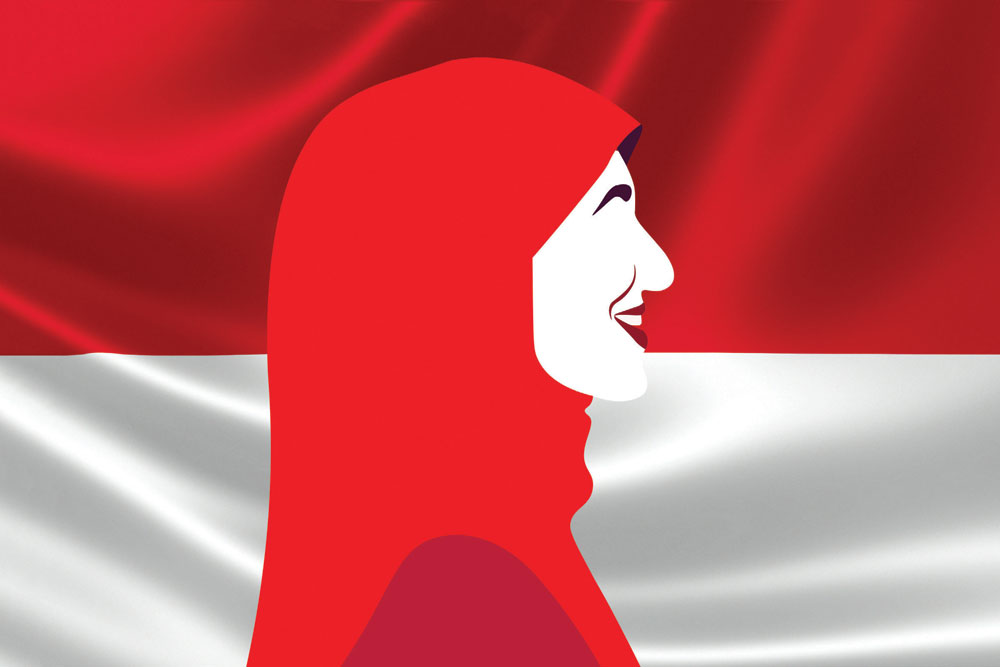 
WOKES ARE THE greatest enemy of classical liberalism. Their championing of the hijab cause is a great disservice to women of Islam who fought countless battles for centuries to unshackle themselves from the harsh Islamic patriarchal yoke. By deploying deceptive vocabulary like choice and freedom, and demonstrating false camaraderie with a few misled Muslim girls, wokes are actually pushing women back into the same orthodoxy that has been the bane of their lives.

But the opponents, who are taking to the streets against the hijab, are also not doing any great service. They are harming the larger cause by converting this essentially intra-religion battle into an unnecessary inter-religious war. Instead of leaving the discipline question to government authorities and encouraging voices from within the gender and community, they chose to pit saffron scarves against hijabs, not realising that such you-me dichotomy will only weaken the reformist endeavour within society in general, and Islam in particular.

After all, women of different civilisations and religions had to battle it out for dignity and equality in different periods in history. In Hinduism, continuous reform, aided by government and public leadership, has resulted in a marked improvement in the condition of women.

In Islam, too, such a battle against medieval orthodoxy is ongoing in different countries. A number of Islamic countries, with an exception to the ones like Iran and Afghanistan, have disallowed mandatory imposition of the hijab. Some Islamic liberals point out that the hijab in Islam was not about covering the head and body but about modesty in dress. But woke liberals insist that bikini and burqa are representative of a woman’s choice.

Islamist orthodoxy, that makes the lives of women, minorities and non-believers miserable, is essentially a product of the Middle Eastern Wahhabi tradition. It is this regressive, puritanical and often violent version of Islam that has spread to India and other parts of South Asia, besides taking hold in several Arab and North African countries. It imposed medieval customs and spawned terrorism and violence in countries wherever it went.

In India, the Deobandi school largely favoured Wahhabism. Of late, the south Indian state of Kerala has emerged as the hotbed of radical Islam. Wahhabism came to Kerala along with the money that the immigrants brought, resulting in more and more madrassas and mosques preaching the fundamentalist version of Islam. Political movements like the Popular Front of India (PFI) and its affiliates like the SDPI are actively promoting this radical and patriarchal Islam. Medieval practices like chopping off the hands of people accused of imagined blasphemy, imposing head-to-toe burqa on Muslim girls and women, and promoting ill-devised activities like love jihad are all the result of this malice spreading fast in the state and the neighbourhood. These very forces were behind the recent hijab controversy in coastal Karnataka too.

Countering this medieval Wahhabi Islam should be an important obligation for the Muslim leadership in India. A new ‘Look East’ policy in religion may help in this endeavour.

While Middle Eastern Islam is struggling to get out of the stranglehold of the Wahhabi interpretation, a new movement for Eastern and humanitarian Islam is taking root in our eastern neighbourhood in Indonesia. That movement, led by the country’s largest Muslim religious organisation known as Nahdlatul Ulama (NU), is worth noting and emulating for Indian Muslims.


Indonesia’s Islam, with minor aberrations, remains essentially Javanese and syncretic. The political and Islamic leadership has made scrupulous efforts to keep Wahhabism at arm’s length and nurtured the sufi version of Islam which is tolerant, pluralist and liberal

With a population of 240 million, Indonesia is the world’s largest Islamic country. Its Islam, with minor aberrations like the Aceh province, remained essentially Javanese and syncretic. Both the political and Islamic leadership in Indonesia has made scrupulous efforts to keep Wahhabism at arm’s length and nurtured the Sufi version of Islam which is tolerant, pluralist and liberal. When the country declared independence in 1945, the constitution had called it a multi-religious and pluralistic nation with the motto: Bhinneka Tunggal Ika (oneness amid diversity). Since then, NU has ensured that the shadow of medieval Islam did not come to influence Muslim behaviour in the country.

I HAD THE OPPORTUNITY TO meet with the NU leadership in 2018 when I was invited to speak at a conference hosted by them in Yogyakarta. I also had the opportunity to meet with Yahya Cholil Staquf, popularly known as Pak Yahya, the influential general secretary of NU. NU is a body with a membership of over 90 million Indonesian Muslims—that makes it the world’s largest Muslim body. In my hour-long interaction, I was impressed with Pak Yahya’s open-mindedness and reformist zeal.

Later that year, I was forwarded an article written by Pak Yahya in The Daily Telegraph, with the title ‘How can we prevent another atrocity like the one in Christchurch?’ The “Christchurch atrocity” that Pak Yahya referred to was the shooting incident that had taken place in Christchurch in New Zealand in March 2019 in which a Christian zealot had entered a mosque on a Friday and massacred more than 50 innocent Muslim worshippers.

Usually in such articles, it was expected that the author would harangue readers about Islamophobia and victimisation of Muslims in the Western world. But Pak Yahya’s article was refreshingly different. In an introspective tone, he demurs that there is an urgent need to address the “problematic elements of Islamic orthodoxy that underlie the Islamist worldview, fuelling violence on both sides. Jihadist doctrine, goals and strategy can be traced to specific tenets of orthodox, authoritative Islam and its historic practice… those portions of Shariah that promote Islamic supremacy, encourage enmity towards non-Muslims and require the establishment of a caliphate. It is these elements—still taught by most Sunni and Shia institutions— that constitute a summons to perpetual conflict,” he concludes in the article.

Putting forth a rather courageous argument, Pak Yahya even cautions against the “weaponising of the term Islamophobia”, and insists that “in reality, it is the spread of Islamist extremism and terror that primarily contributes to the rise of Islamophobia throughout the non-Muslim world.”

NU, under successive leaders in the last few years, has been spearheading campaigns to champion a version of Islam that promotes peace and pluralism. In 2016, it hosted the International Summit of Moderate Islamic Leaders (ISOMIL). In 2017, it invited more than 300 international religious scholars to deliberate on the “obsolete tenets of classical Islamic law” which promote “perpetual conflict with those who do not embrace or submit to Islam.”

In the ISOMIL summit in 2016, NU had come out with a ‘Declaration on Humanitarian Islam’. “If Muslims do not address the key tenets of Islamic orthodoxy that authorize and explicitly enjoin… violence, anyone—at any time—may harness the orthodox teachings of Islam to defy what they claim to be the illegitimate laws and authority of an infidel state and butcher their fellow citizens, regardless of whether they live in the Islamic world or the West,” it explicitly states.

What Islam needs today is ijtihad—a process of making legal decisions in Islamic law through independent reasoning. Wahhabi Islam is incapable of that as it is stuck in medieval interpretations of the religion. Its insistence on Fiqh—the medieval human understanding of the divine Islamic injunctions—results in situations that parts of India face today in the form of the hijab controversy. It is this archaic interpretation of the Fiqh that is responsible for the crisis in Muslim-non-Muslim relations, and the rise in orthodoxy and terrorism in the name of Islam. It is this understanding of Islam that promotes concepts like al-ummat and al-khilafat. This discrepancy can be addressed only through Eastern Islam represented by organisations like NU.

The Nahdlatul ulama has a policy of rejecting Wahhabi influence. It is against state support to Wahhabi ideology. It demands Muslims accept the authority of the nation-state where they live and give up demands for special treatment

NU has a clear policy of rejection of many such Wahhabi influences. It is against state support to the Wahhabi ideology. It demands that Muslims accept the authority of the nation-state in which they live and give up demands for special treatment under Sharia laws or other customs of the past. “Hubbul Wathan Minal Iman/Patriotism is integral to the Islamic faith,” is its policy. “Increasingly, Muslims’ behaviour patterns reflect an obsession with the formal aspects of religion. This has led to the widespread phenomenon of outwardly religious people with corrupt souls,” the declaration bemoans, hinting at the return of practices like the hijab.

“The Humanitarian Islam movement is dedicated to facilitating the emergence of societal consensus, among Muslims and non-Muslims alike, to depoliticize the issue of Islam, and prevent the abuse of religion to promote sectarian hatred, supremacism and violence,” the declaration concludes.
I heard the delightful news that NU has recently elected its most progressive leader Pak Yahya as its new chairman. Pak Yahya enjoys the support of the Indonesian government and President Joko Widodo.

Indonesia is going to host the G-20 Summit later this year, with India following up the next year. It is time the two countries joined hands as nations with the world’s largest and second largest Muslim populations, respectively, to steadfastly promote the concept of the “Humanitarian Islam of the East” as against the Wahhabi Islam of the Middle East.

It is important to understand that while in battlefields swords will be met with swords, in the battlefield of religions, fundamentalist dogmas must be countered not with another kind of fundamentalism but progressive reform. NU in Indonesia shows the way for that reform.