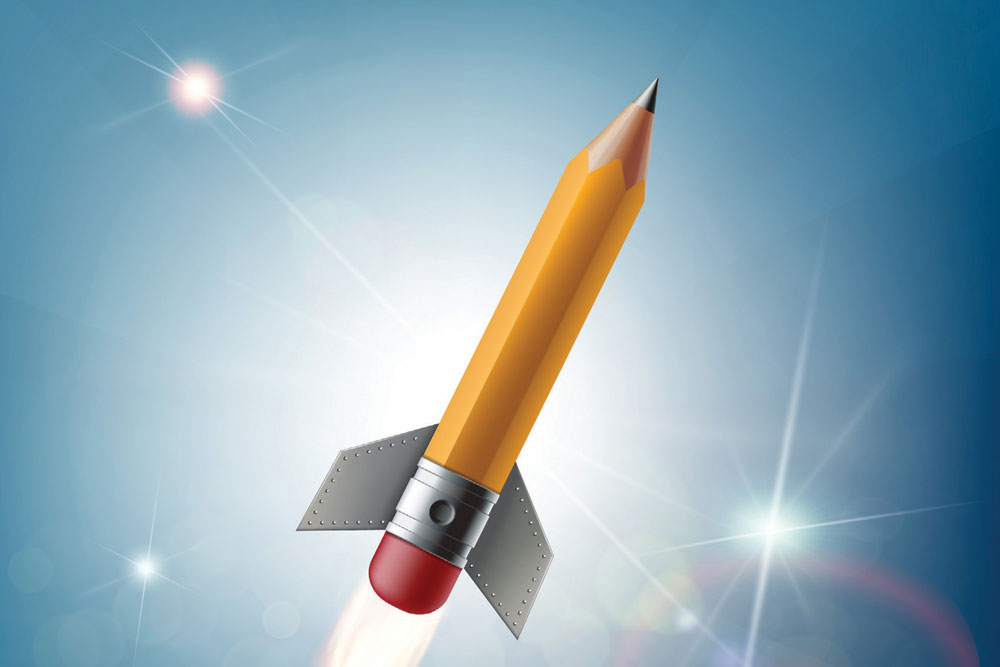 
AS FINANCE MINISTER Nirmala Sitharaman rightly remarked, “The preparation of this Budget was undertaken in circumstances like never before. We knew of calamities that have affected a country or a region within a country, but what we have endured with Covid-19 through 2020 is sui generis.”

The finance minister presented the Union Budget 2021 in the midst of high expectations, with the nation having endured the pandemic unitedly so far. Considering that the 2020 Budget did not bring the much needed cheer and was followed by the lockdown, all stakeholders including the Government were working with their backs to the wall. The economy which was already witnessing a lower growth was severely hit by the pandemic that ensured a deflated first half of financial year 2020-2021. The pandemic also tested the resilience of this country, its people, businesses and also its startups. Amid the gloom emerged many stories of glory and signs of fresh shoots that ensured the fighting spirit was still alive and we became a more digital and connected economy.

While India’s ambitious growth aspirations at becoming a $5 trillion economy had to temporarily go into a pause mode, the target is still doable if all sectors today perform, backed by a quantum leap by leveraging our startup story. Prime Minister Narendra Modi, during his address at ‘Prarambh’, the Start-up India International Summit in January, had said that “this is the century of the digital revolution and a new-age innovation”. He had further remarked: “This century is also called the century of Asia. Therefore, it is the need of the hour that the technologies of the future come out of the labs of Asia and the future entrepreneurs should be prepared from our lands”.

This statesman-like focus on the future certainly encourages and benefits startups and innovative technology-based business models while unleashing the entrepreneurial spirit among the youth. The startups of today are well positioned to take India towards innovation, ease of living, economic growth and a connected economy. Such initiatives and direction have also prompted a significant shift in thinking from a nation of job seekers to one of job creators, with ambitions to take on the world.

Budget 2021 had several expectations of unleashing a slew of reforms that would grant startups regulatory relief, ease of doing business, reduction in compliances and easier access to primary markets. Startups are central to the India success story and have significantly triggered employment generation and are a major source for attracting foreign direct investment (FDI). Through Budget 2021, the Government has showcased a positive intent that is evidently desirous of promoting startups and unicorns across sectors which have induced economic dynamism by injecting innovation and spurring investment and resulted in multiple levels of impact—most of which has been crucial to the idea of an Atmanirbhar Bharat. Earlier budget announcements, such as a TV channel/programme for start-ups similar to the famous Shark Tank, have to take off.

Startups and unicorns have been strategically looking at three major factors to make it big at a global level. This can be essentially attained by: first, introducing ways and means to create wealth in India; second, reducing/relaxing compliances and regulatory requirements to promote ease of doing business; and, third, providing for innovative measures to unlock new business for emerging startups. These have a significant bearing on the story India will tell a few years down the line, especially considering that it is emerging as a huge market for consumption and, more importantly, for creation and innovation.

The Budget made some noteworthy announcements, such as extended tax holidays, capital gain exemptions, formation of One Person Companies (OPCs), with the intent of promoting innovation and entrepreneurship in the country. A social security code for gig and platform workers and a fund to promote digital payments are other announcements lauded by the industry at large. The clarifications about the equalisation levy will certainly help reduce the level playing field issue that many startups suffered due to the unfair advantage that existed with overseas players not domiciled in India. That said, while these measures are welcome, they do not necessarily provide solutions to the operational challenges that currently hurt startups and unicorns in the online space, be it travel, hospitality, cab hailing, textiles, retail, food tech, ed-tech, logistics, health-tech space and so on.

It is a well-known fact that India has emerged as the third-largest startup ecosystem in the world and is now home to 21 unicorns, valued at $73 billion. While the Government has acknowledged on several occasions the economic value these startups and unicorns are capable of generating, there is a roadblock that these startups and unicorns face while wanting to list on the Main Board of the Indian stock exchanges, thereby hindering wealth creation in India. The Government has been working on a framework that would permit companies to list on foreign stock exchanges without prior or simultaneous listing in India. It has also introduced the Innovators Growth Platform (IGP) for high growth technology companies that function on asset light models. It is absolutely necessary that a holistic enablement is granted to startups to be able to list on the Main Board of the Indian stock exchanges as well as overseas.

In addition to this, there are several tax-related compliances that need reconsideration that include but are not limited to relaxations on double taxation of employee stock ownership plans (ESOP) as they are critical to attracting talent and a motivating factor for startup employees. Other tax provisions such as 194(O), 206(C) have massively blocked valuable capital for startups and unicorns in sectors such as travel, insurance, home services and others. Not reconsidering such provisions will prove counter-productive to the Government’s vision of promoting digital transactions announced by the finance minister. Notable sectors in the startup space, especially around travel and hospitality, still continue to suffer due to the above sections, Goods and Services Tax (GST) duplications and compliance cost burdens. The tax rates applicable on the salaried classes continue to be high leaving little disposable income for investments, including in startups.

While travel and tourism contributed to almost 10 per cent of India’s GDP, considerable forex earnings and employment, and was considered an important sector by the prime minister on multiple occasions, this strategic sector that has multiple startups and self-employed people still has not got its due when it was hit the most; nor were the onerous compliances relaxed. The Government also needs to consider introduction of innovative policy measures to unlock sectors and businesses. For instance, a simple tweak like an expansion in house rent allowance (HRA) provisions to permit consideration of rented furniture/white goods for tax deductions would unlock startups in the renting/leasing space.

The finance minister rightly said that corrective measures will be taken to smoothen GST and address the anomalies and inverted duty structures. The startup sector, by respective industry, is in need of regulatory reliefs more than stimulus packages and sops. An environment that is compliance-heavy cannot be supported through sops, stimulus packages and incentives. It is time to push the unicorn bandwagon with full force for it to become a living reality for India to take pride in and actualise its vision of becoming an atmanirbhar nation.