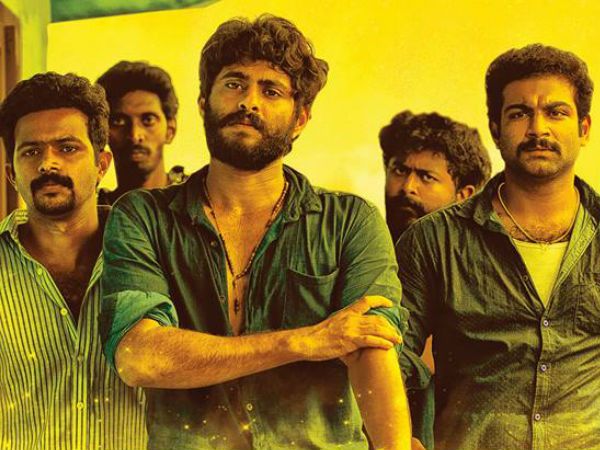 A scene from Angamali Diaries


‘Other’ is a very confusing term or at least I find it so. To me, it suggests a degree of difference, a distinction so to speak even unimaginable to its creators. For the longest time, it was perhaps used to indicate the other person in the room or a café who is unknown to the speaker or the writer. Over time, the other came to gain a degree of strangeness, an affliction of sorts. As if other is divisive in character. It is increasingly used to indicate disparities or our lack of empathy for people who are not like us. We begin to treat them as the other – far removed from us, distant and confusing. Thus begins the process of exclusion. The other is systematically made invisible.

The other feels like a partition. As if the other demands a passport and a visa thus hindering mobility. The Other denies sight, a possibility of dialogue. James Baldwin perhaps felt that way when he visited a hamlet in the Alps of Switzerland. Or maybe Baburao Bagul wrote from an experience of being treated and made to feel like the perennial other. In his iconic novel, Purbo Poschim (East West), the Bengali writer Sunil Gangopadhyay chronicles refugee experience in Calcutta, the city that they arrived in and were treated as the other. Footpaths and suburbs of the city swelled with refugee colonies while the metropolis continued to direct its hostility towards the new arrivals. Maybe I found a way to the other through literature. The path existed. I had to wait to find it.

While watching films, it happens to me all the time. I often wonder about the central lead’s best friend or a range of supporting cast whose presence in the film primarily serves the hero or the heroine’s story. But what happens to the friends, cousins, man at the tea shop, the neighbour’s child, the village buffoon? This must be a nightmare for a filmmaker. But then Jim Jarmusch made that film, Coffee and Cigarettes where we see a range of characters from different socio-cultural backgrounds, ethnicity, colour who meet in not so tony coffee shops and talk about everything – from the most private to public event happening around them in the company of mundane coffee and cigarettes. Very little about these characters is revealed. We don’t know about their past. We meet them as individuals who are seeking the intimacy of a conversation at a public place like the coffee shop. What a beautiful paradox! It might sound or appear strange in the beginning but gradually they cease being the other to our linear narrative film sensibilities.


In mainstream Hindi cinema though, many of these characters whom I refer to as the ‘other’ are reduced to tramp-like features. The interest of these films in small town India is pseudo- anthropological. The small town is just a site for comedy where a spirit runs amok disrupting the lives of its residents or every college going youngster is a pervert. The small town trope is a laboratory for Hindi films to engage with its most grotesque fantasies about people who are dissimilar from their immediate reality – Mumbai. I am most certain that big cities could also accommodate perverts and ghost stories in equal measure. One of my favourite books last year was a heart-warming collection of short stories by the Kannada writer, Jayant Kaikini translated into English by Tejaswini Niranjana, No Presents Please: Mumbai Stories which shows how the big metropolis is imagined by all kinds of people, urban and rural, big and small.

The resurgent new wave of Malayalam cinema however is an antithesis to the above cinematic treatment. Its focus on local stories is one of its many strengths. The distinction between the lead actor and his cohort is successfully diminished. You are made to believe that all stories matter. Who is the other in such a set up? The socio-cultural milieu is captured through the individual and his association with several others – people he befriends, the woman he loves, challenges at home and so much more. We always need more than one to successfully recreate a world and make it liveable. That to me constitutes the biggest strength of an art form. After all, osmosis or cohabitation is at the genesis of art. And if that be true, who is the other then?