The trick in an election is to balance the national appeal with local faces. Language matters, and often doesn’t matter 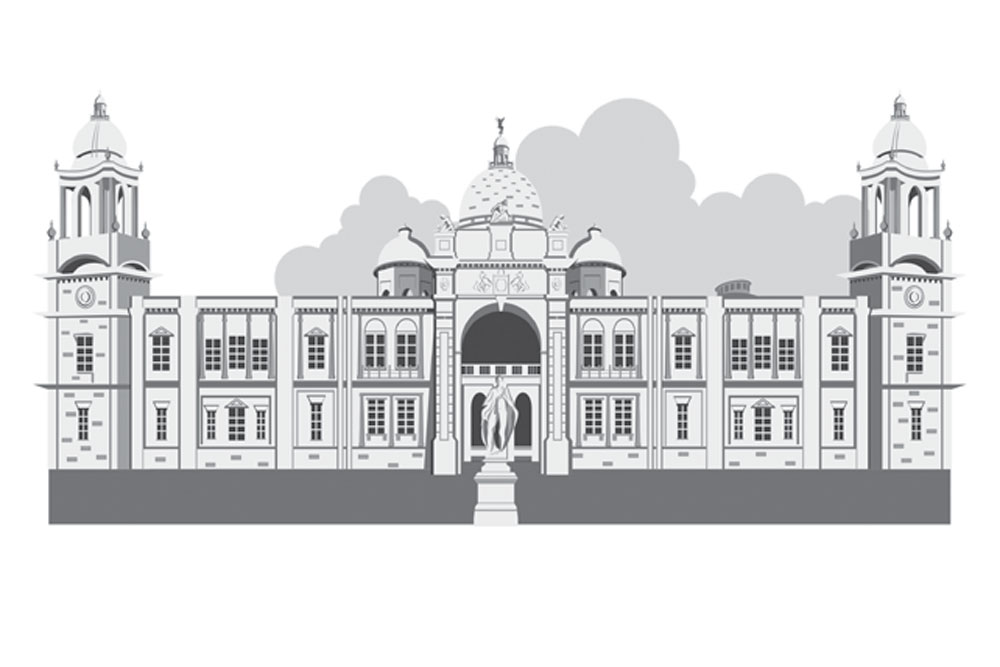 ON FEBRUARY 22ND, Prime Minister Narendra Modi addressed a BJP rally on the Dunlop grounds in the Hooghly district of West Bengal. Although the campaign for the April Assembly election in the state hasn’t yet formally begun, the public meeting was a part of electioneering and both BJP and the ruling Trinamool Congress knew it. In West Bengal, where politics is a passion, the election campaign extends to some six months—an inordinately long time.

The space set aside for Modi’s public meeting could, by a rough estimate, accommodate anywhere between 70,000 to 80,000 people. On February 22nd, by the time the prime minister’s helicopter touched down, it was totally house-full, with another 20,000 or so people milling around the periphery of the meeting ground. In my estimation, nearly a lakh of people attended the public meeting addressed by the party’s main campaigner. It could be much more because beyond a point, counting heads becomes an impossibility.

The large numbers are important because they raise questions that have a bearing on the election campaign. Modi, as is his wont, spoke in Hindi. In my rough estimate, not more than 20 per cent of the crowd had a grasp over Hindi. The rest had either a fleeting knowledge or none. Yet, despite the language bar, they turned up in large numbers to merely see the prime minister, wave at him from a distance and participate in the chant of “Modi, Modi”. I believe this is what happened because when the prime minister was spelling out the importance of infrastructure in the life of a region—a serious issue—a boisterous section of the crowd was more interested in chanting “Modi, Modi”.

The full crowd may not have understood everything the prime minister said or even the thrust of his message to bring about wholesome political change in West Bengal, but that did not diminish the intensity of their hero worship. In fact, they probably returned home from the meeting, even more committed to Modi. Participation in big rallies invariably has that effect.

It is also possibly true that had Modi spoken in the local language—which happens to be Bangla—their comprehension of his message would have been far, far greater. When Chief Minister Mamata Banerjee speaks at her rallies, her language of communication is Bangla. Her message is understood, if not digested. Two questions, therefore, arise. First, does her ability to communicate in the local language give Mamata a clear advantage in communicating her message? Second, does it strengthen her message that BJP is a party of ‘outsiders’ and that the people of Bengal should prefer a daughter of Bengal to a son of India?

There are no easy answers to this question. Modi has a huge fan following in Bengal, as much as in the rest of India. Their impression of the man is not formed on the strength of understanding his direct message but on the strength of impressions formed over the years. In 2014, the first national election fought by BJP under Modi’s leadership, both Modi and BJP were relatively unknown entities. At that time, the appeal of Modi was confined to northern and western India. By 2019, Prime Minister Modi had secured national exposure. All Indians had formed an impression of him based on his record in office. This played a huge role in 2019, and continues to play a role.

Modi’s appeal transcends language, as perhaps does Amit Shah’s. Modi is today considered much more than an ordinary politician: he also encapsulates the ‘saintly’ idiom of politics, as did Mahatma Gandhi during the freedom struggle. Shah, on the other hand, is perceived to be a hardnosed politician, a tough guy who has put firmness back in governance.

However, the appeal of national stars doesn’t diminish the appeal of language. Just because crowds flock to see and hear Modi and Shah doesn’t necessarily mean they will be similarly attracted to other Hindi-belt politicians. Frankly speaking, it is better to have a local leader speaking in Bangla than have an accomplished politician from another state during a campaign. As a national party, BJP feels it can draw from its national resources in a state election. A regional party, such as the Trinamool Congress, has no resources from outside the state. Its entire campaign is in Bangla, with some Hindi reserved for select areas of the state. That is why it feels it can target ‘outsiders’.

The trick in an election is to balance the national appeal with local faces. Language matters, and often doesn’t matter.