What’s Past is Prologue

Listen to the whispers of history and be warned 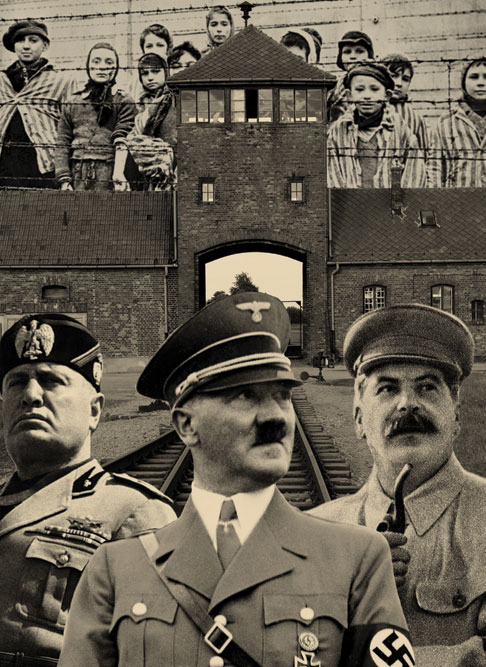 
I HAVE LONG RESISTED the temptation to see in today’s world ominous echoes of the 1920s and 1930s, with the rise of fascism and authoritarianism and the collapse of international relations. And yet, Santayana famously told us that those who do not learn from history are condemned to repeat it. Can one afford to ignore the past? Even if history does not repeat itself, someone else wisecracked, it often rhymes. So unless we learn from the past, the future remains unclear and challenging. As I once wrote, in another context, if you don’t know where you are coming from, then how can you appreciate where you are going?

So I decided to indulge in a little introspection and look back at the world of the 1920s and 1930s—a period universally recognised for being one of the darkest points in human history, punctuated by civil wars, coups, mass expulsions of populations and worse, which ultimately concluded in the monstrosities of World War II and the horrors of the Holocaust and Hiroshima.

Across Europe, the far right and its populist promises to restore the historic glory and grandeur of their respective countries were finding unprecedented acceptance in society. Winston Churchill, for instance, now hailed in the West as a standard-bearer of democracy and freedom, was throughout the 1920s and early 1930s an open admirer of Mussolini, saying in the 1920s (after a visit to Italy) that the Italian Fascist movement had “rendered a service to the whole world”. Had it been necessary, he stated, he was prepared to do in Britain what Mussolini had done in Italy: “If I had been an Italian I am sure that I should have been wholeheartedly with you from the start to finish in your triumphant struggle.” Travelling to Rome in 1927 to express his admiration for the Fascist Duce, Churchill announced that he “could not help being charmed, like so many other people have been, by Signor Mussolini’s gentle and simple bearing and by his calm detached poise in spite of so many burdens and dangers. Secondly, anyone could see that he thought of nothing but the lasting good, as he understands it, of the Italian people.” (The Times, January 21st, 1927.)

The great hero of the anti-Nazi struggle turns out to have been an admirer of fascism and dictatorship. As for democracy, Churchill was a late convert to the cause. As late as 1931, sneering at the Indian representatives to the Round Table Conference, he declared: “The Indian Congress and other elements in this agitation represent neither the numbers, the strength nor the virtue of the Indian people. They merely represent those Indians who have acquired a veneer of Western civilisation, and have read all those books about democracy which Europe is now beginning increasingly to discard” (emphasis added). In other words, democracy was an idea that Europeans like Churchill were happy to discard in the heyday of fascism. When circumstances plunged him into being the standard-bearer of democracy and freedom, he hypocritically embraced the public relations opportunity. But let us not forget that fascism had a much broader
appeal in those days than is commonly realised.


Across Europe, the far Right and its promises to restore the glory and grandeur of their respective countries were finding unprecedented acceptance. Winston Churchill, now hailed as a standard-bearer of democracy and freedom, was throughout the 1920s and early 1930s an open admirer of Mussolini

In India at the time, men like Mahatma Gandhi and Gurudev Rabindranath Tagore were articulating a soaring humanist vision, even while borders were being flung up between men and nations, and fetters placed on their imaginations and their tongues. Authoritarianism and colonialism placed jackboots on the necks of dissidents everywhere. Racism was reflexive for imperialists and augmented by anti-Semitism in Europe. Protectionism was at an all-time high with countries looking inwards as they moved to recover from the structural changes forced upon them by World War I. In America, the Great Depression had set in, leaving 34 million Americans with no income of their own. Across the Western world, a nativist xenophobia grew, based on an intrinsic distrust and organised hatred of anyone who was deemed an outsider.

Fast forward to today, and the parallels between the two periods are grim and offer a sobering reminder of the dangers of our times. Populist leaders or strongmen have resurfaced, in Russia, China, Turkey, the Philippines, across parts of Europe, till very recently in America and of course here in India. The supra-national institutions of global governance of the post-Bretton Woods era, the United Nations and its satellites like the World Health Organization (WHO), the European Union, the International Monetary Fund (IMF) and others, are facing internal crises of their own, brought about by the continual reluctance to accommodate structural reforms within them to reflect a changing world that has moved a long way since the bipolar Cold War order. Xenophobia and anti-Semitism are back in parts of the world that one would have thought would never entertain such ideas again. Protectionism (at least partially) has made a re-entry into global politics and worryingly, anyone who is a Muslim, an immigrant, or worse still, a Muslim immigrant, is now looked at in parts of the world as a national security threat.

The worldwide backlash against globalisation is only likely to further accelerate in the post-Covid world. As I have argued, the signs that we are entering a fresh wave of ‘de-globalisation’ are mounting. All the evidence so far suggests that the world may embrace isolationism and protectionism in a far more enthusiastic way than prior to the outbreak, including in India.

The pandemic has confirmed, for many, that in times of crisis, people rely on their own governments to shield them; that global supply chains are vulnerable to disruption and are therefore unsustainable; and that dependence on foreign countries for essential goods (such as pharmaceuticals, or even the ingredients that go into making them) could be fatal. Nations tried aggressively to acquire medicines and corner vaccine supplies for their own people at the expense of each other. There is a rush to reset global supply chains and raise trade barriers: the demand for more protectionism and “self-reliance” (echoed in Narendra Modi’s call for “atmanirbharta”).

The backlash against globalisation is likely to accelerate in the post-Covid world. The signs that we are entering a fresh wave of ‘de-globalisation’ are mounting. The world may embrace isolationism and protectionism in a far more enthusiastic way

At the same time, we are also contending with another by-product of the backlash to globalisation through the rise of mandatory patriotism and, at its heart, hyper-nationalism as the new litmus test of loyalty. The global backlash against the forces that have defined the first decade-and-a-half of the 21st century has taken on a nativist hue everywhere. In Europe and America, this has involved racist hostility to immigrants and minorities (whether ethnically or religiously defined). Since such negative messaging requires a positive counterpart, nationalism has filled the breach, as a majoritarian narrative has sought to subsume each country’s diverse political tendencies under an artificial mandated unity masquerading as authentically rooted patriotism. Democracy matters much less, it seems, than such nativist affirmations garbed as nationalism.

Globalisation had promised a world of dissolving differences and ever-expanding freedoms that would embrace and include everyone. Instead, today’s reactive nationalism heightens differences, emphasises singular virtues associated with a politically defined people and seeks to instil loyalty and commitment to the state and its emblems. At the level of voluntarily flaunting the national flag, the national anthem, the lapel pin and reverence for the military’s sacrifices, I have no problem with this. But when these symbols are used to promote a sense of duty rather than affection for the idea of the nation, and compliance with the prevailing governmental narrative rather than freedom for each citizen to interpret national loyalty in her own way, then I do have a problem. Thus “respect” for the anthem and the flag becomes a code for obedience to the state and the ruling party. To put it plainly, conformity has now become the new badge of allegiance.

These are troubling and potentially dangerous developments. The idea of the nation as an inclusive community of all citizens, one that allows each individual to shelter under the constitutional carapace to pursue his or her own ideas of happiness, free from the impositions of others, is being tossed aside in the name of a higher patriotic duty to an officially sanctioned version of nationalism. This is reminiscent of the same slippery slope down which Italy and Germany slid into fascism and Nazism in the 1920s and 1930s. Such fears may be exaggerated in today’s democracies, with modern means of communication and thriving free media. But complacency is no longer an option.

In a widely discussed paper, Harvard scholars Yascha Mounk and Roberto Foa have argued that the health of liberal democracies across the world is degenerating (the scientific term being ‘democratic deconsolidation’). Drawing on global data, they show that there has been a considerable dilution of support for democracy and a growing impatience with the democratic process, especially among the so-called ‘millennial’ generations (those born after the 1980s), and that we can no longer assume that the future of democracy is secure, even in countries upholding democratic institutions for a period of time, with strong civil society traditions and a degree of wealth.

Indeed, support for non-democratic or authoritarian models of governance is rising in many democracies. India is among the worst: in the Mounk–Foa data, more than 70 per cent of Indian respondents felt that “a strong leader who does not have to bother with parliament and elections is a ‘good’ way to run this country”, higher than even Pakistan, with 62 per cent (and behind only Russia and Romania in expressing the same sentiment). In a recent CSDS–Azim Premji University survey, over 50 per cent of respondents in four large Indian states expressed a preference for an
authoritarian alternative to our existing democracy.

As the British journalist Jonathan Freedland described the comparisons between the 1930s and the present: “For historians of the period, the 1930s are always worthy of study because the decade proves that systems—including democratic republics—which had seemed solid and robust can collapse. That fate is possible, even in advanced, sophisticated societies. The warning never gets old.”

The Measure of Moditva