Narendra Modi has advised sadhus and priests to refrain from gathering during festivals and, instead, find solace in online worship 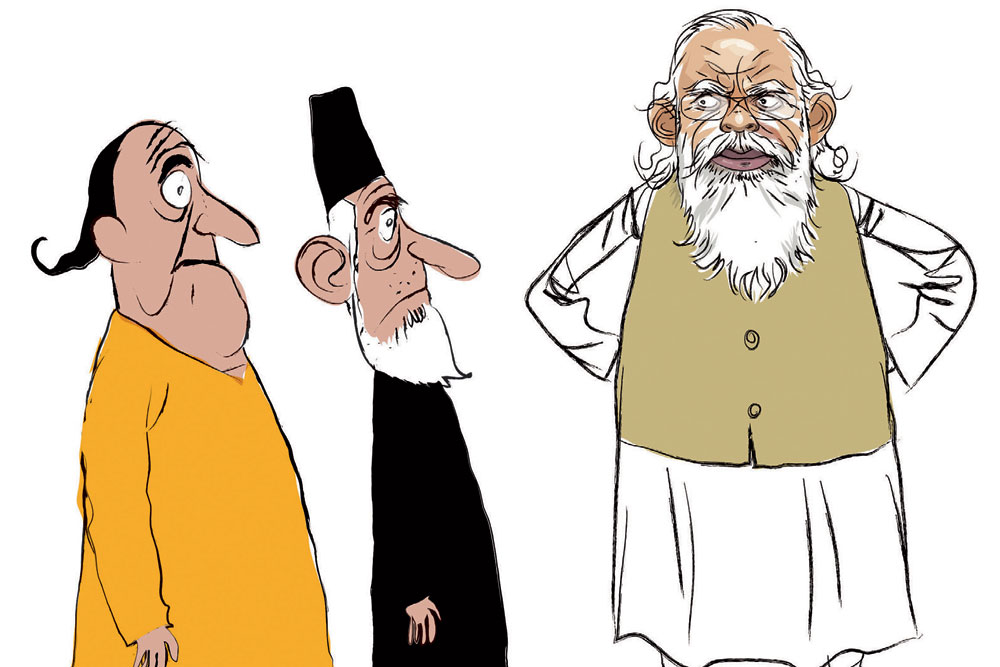 
The Government will not be sending a goodwill Haj delegation to Saudi Arabia this year owing to the coronavirus surge. The Haj delegation usually comprises prominent Muslim citizens and bureaucrats. The Saudi health ministry has said being vaccinated against Covid is a must in order to participate in this year’s Haj. Last year, too, India had sent a Haj delegation. But following the spreader that the Kumbh Mela in Haridwar turned out to be, Prime Minister Narendra Modi seems concerned. He has even advised sadhus and priests in his own constituency, Varanasi, to refrain from gathering during festivals and, instead, find solace in online worship.

Narendra Modi is not in favour of another lockdown and he has made it very clear to his Cabinet colleagues and bureaucrats. That explains why prior to Modi uttering that a lockdown was the last resort, Finance Minister Nirmala Sitharaman said they may not have to announce a lockdown again. The prime minister feels that lockdowns hit poor people hard while crippling the economy. And before the 2024 Lok Sabha elections, Modi would like the economy to look up, not down.

Is Pakistan ready to start a dialogue with India despite the Modi Government’s hardline approach on Kashmir? Pakistan Army Chief Qamar Javed Bajwa has gone on record saying that his country is prepared for talks. There is a buzz, too, in South Block that US President Joe Biden is in favour of such a dialogue and is exerting pressure on Pakistan to come to the table along with India. Again, National Security Advisor Ajit Doval recently visited Riyadh where Pakistan Foreign Minister Shah Mahmood Qureshi was also present. Though India is not ready for a three-party negotiation with Pakistan, the UAE seems to have jumped into the fray as peacekeeper. At Stanford University, the UAE ambassador to the US admitted that his country is mediating between India and Pakistan to help ease tensions. But the Ministry of External Affairs remains mute on the matter.

After the Nandigram election, media coverage of BJP’s Suvendu Adhikari has all but vapourised. Instead, focus on state BJP chief Dilip Ghosh, who is not fighting the Assembly elections, has gone up manifold and he is also giving interviews to every Bangla channel. There is speculation that if Adhikari cannot win from Nandigram against Mamata Banerjee, he will be in the doldrums. Ghosh, on the other hand, has hinted that BJP’s chief ministerial candidate may be someone who hasn’t fought the state elections. His statement has provided more grist for the mill as the fates of BJP heavyweights who fought the elections like Babul Supriyo, Locket Chatterjee and Mukul Roy hang in the balance.

The Supreme Court-appointed three-member committee on the Centre’s three new farm laws has submitted its report to the court in a sealed envelope. Meanwhile, Covid has unleashed its second wave. Both farmers and the Government are apparently eagerly awaiting the Supreme Court verdict in the midst of surging coronavirus cases.

It may be election time in West Bengal but there are enough straws in the wind to suggest a lockdown, just the way it was imposed in Maharashtra and Delhi. The buzz is that once election results are announced on May 2nd, West Bengal will go into lockdown mode. And none other than Chief Minister Mamata Banerjee’s nephew, Abhishek Banerjee, is reportedly fuelling such rumours, though the Bharatiya Janata Party (BJP) state leaders are denying them.

In an interview to a Bangla channel, West Bengal BJP leader Dilip Ghosh made it a point to mention that not everyone who crossed fences from the Trinamool Congress (TMC) to BJP was welcome. He said BJP was like the river Ganga, which also carries with it pollutants, but that doesn’t diminish the sacredness of the river. In saying so, perhaps Ghosh was signalling to TMC defectors that after the election they could be under the scanner again? 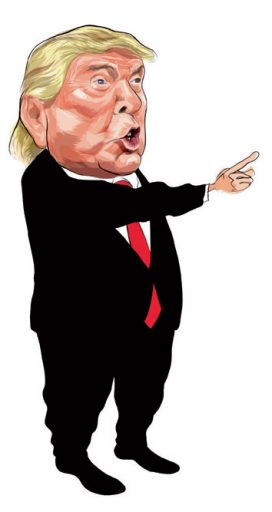 Former US President Donald Trump called SARS-Cov-2 the Chinese virus, but China has repeatedly claimed that it has handled both Covid-19 and its economy better than many other nations. According to South Block banter, there is no way of knowing the truth on the ground in China since it is a closed society.

Following the fourth phase of Assembly elections in West Bengal, Home Minister Amit Shah announced that BJP has mustered 135 seats across phases so far. Prime Minister Modi, too, said that BJP has won the election. This has created panic among TMC workers. But Mamata Banerjee has countered Modi and Shah by raising questions. Why are they giving out an exact figure if they haven’t tampered with the EVM machines? Or is it based on intelligence reports? Or is it coming from the party’s internal exit polls? Although Shah had given out similar numbers during the Jharkhand and Delhi elections, he was proved wrong. But this time, he insists his strike rate is high.

Who is Ananta Rai ‘Maharaj’? The self-styled ‘maharaja’ of Cooch Behar is an influential Rajbongshi leader. There was a time when he fought against Mamata Banerjee. The state police filed cases against him and he absconded by taking shelter in the forests of Assam and Bengal. But during elections in West Bengal, there was a tussle over him between BJP and TMC. Amit Shah met him in Assam. BJP invited him to Rajbongshi rallies in north Bengal; Banerjee sent emissaries to make a truce with him. In turn, Ananta Rai organised rallies for Banerjee. Even after the death of a Rajbongshi in the Sitalkuchi firing, Rai said there was no polarisation of Hindu and Muslim Rajbongshis.