Trump And What Could Have Been 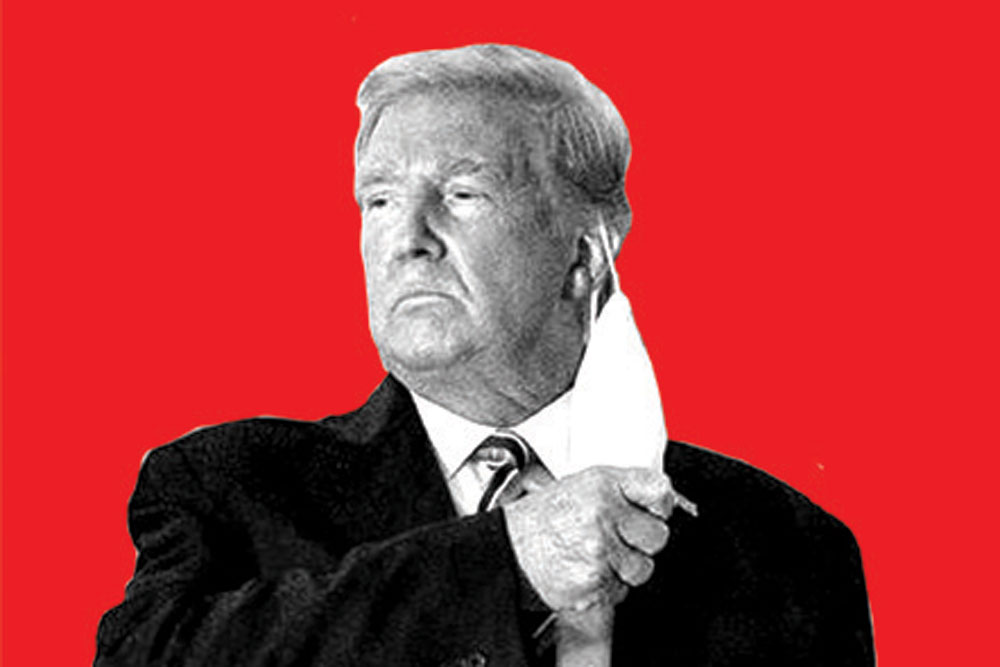 Among the new objects that attracted my attention during my stay in the United States, none struck my eye more vividly than the equality of conditions. I discovered without difficulty the enormous influence that this primary fact exerts on the course of society; it gives a certain direction to public spirit, a certain turn to the laws, new maxims to those who govern, and particular habits to the governed.

IF THE FRENCHMAN, the best foreign observer of America ever, were to travel across the New World today, I doubt he would have written an entirely different book. He would have, most likely, noted how the power of equality gave “new maxims to those who govern” today—and how the media alone calls their bluff as every other institution has been damaged.

The traveller just needs to browse through newspapers and magazines to find easy synonyms for the Orange Man. The experience could be dizzying. He may think that he is reading the same article under different bylines. The recurring operative words are: Conman. Liar. Jerk. Tax evader. Institution-slayer. Groper. Denier. Narcissist. Racist. Collaborator. Criminal. Super-spreader. Autocrat. Un-American. Journalism could not have been more aesthetically conscious and ideologically aggressive, all for the sake of endangered American values—a moral obligation of the responsible media. It’s a sentiment shared by radical progressives, angst-ridden liberals, lofty conservatives, and violent streets.

The Man Who Governs has earned most of the synonyms by working singularly hard against traditions, conventions and basic civilities that make democracies a fair play. By turning his tenure into a performative presidency marked by kitsch, retribution, paranoia, persecution complex, and a constant urge for validation, he has made himself a tormentor’s delight. His tweets are memoirs of power in hallucinatory isolation, an alternative history of the present. His self-portrait as American Übermensch has made science a dispute and illness a weakness in the midst of a pandemic that looks certain to end his performance prematurely.

Even as America is fatigued by the Trump vaudeville, likely to come to an end on November 3rd if we go by the audience response as reflected in opinion polls, it’s tempting to see his presidency as a wasted opportunity—and as an idea savaged by its beneficiary. The what-could-have-been Trump is the story that adds a tinge of pathos to the show. And it is a story that is being repeated in other places as well, where the revenge of the outsider has not enhanced freedom but diminished it.

Trump as an idea emerged from the Great Disillusion that envelops democracies held hostage by the tired traditions of the Left and the Right. Ideologically calcified and steeped in the cosy laziness of the Establishment, both the Republicans and the Democrats, after the high noon of Reagan and Clinton, were impervious to the erosion of the base. The White Middle America, Hillary Clinton’s “deplorables” who cling to cultural nativism in their economic remoteness, was angry. If there was an irony in 2016, it was that it took a billionaire businessman, his public persona shaped by reality television, to tap into their grievance, and, along the way, transform the GOP in his image—brash, boisterous, amoral. In power, in spite of a booming pre-pandemic economy and remarkable foreign policy achievements, he let his personal aesthetics—me-alone crudeness accentuated by social media—overpower governance. He could have been the remaker of the American Right. Trumpism became a cultural pollutant.

The media narrative may not concede that he played within the limits—or limitlessness—of presidential powers. It may also keep telling us that Trumpism will outlast Trump. The world’s most powerful political office allows its occupant to stretch definitions and conventions, and as Americans realise now, to be ingenious, even if by putting occasional half-truths and alternative reality into political service. He didn’t subvert democracy. He made use of its possibilities for inglorious ends.

Elsewhere, in Russia and some parts of Eastern Europe, the what-could-have-been story is pure anti-democracy, and the Strongman is the sole arbiter of freedom. It’s different in India. Modi, too, was a reaper of the Great Disillusion. He, too, was the outsider who tapped into the impatience of a people let down by a moribund Left and a Right wallowing in defeatism. He regained the orphaned Right space in Indian politics. More than six years in power, the Hinduisation of the Right may be complete to the disappointment of those who had hoped for an Indianised Reaganism, however implausible it was in an unequal society like India. Modi’s personal popularity validates the authenticity of the original story of 2014.

The 19th century America prompted Tocqueville to write that “It was there that civilised men were to try to build a society on new foundations, and applying for the first time theories until then unknown or reputed inapplicable, they were going to give the world a spectacle for which the history of the past had not prepared it.” The current spectacle can’t be anything more than a crazy scene in democracy’s freest show on earth.