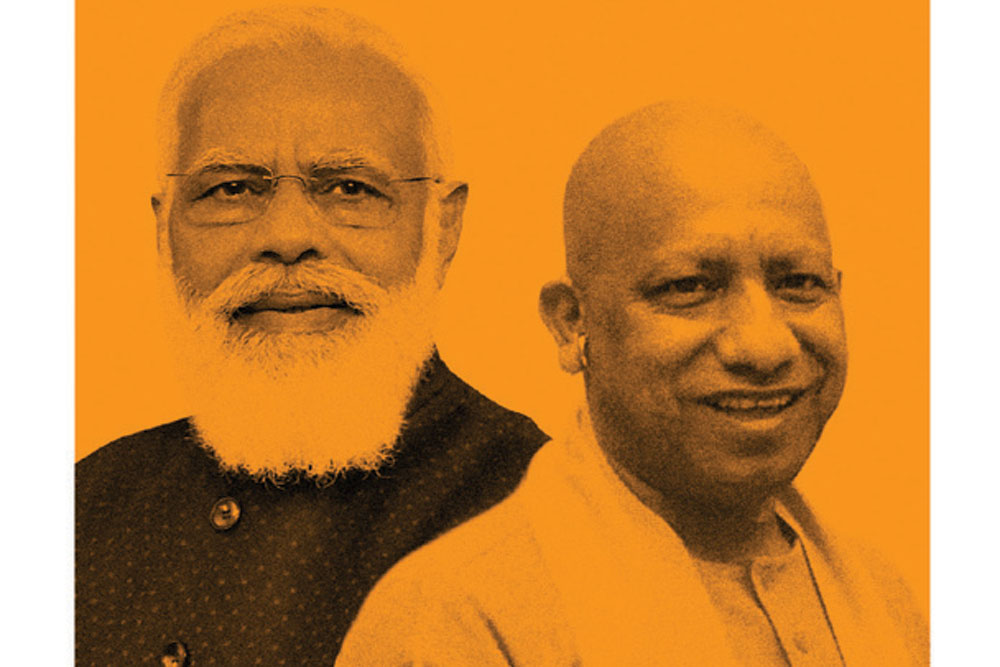 POLITICS IS GETTING increasingly singular, even as the plurality of Indian democracy is becoming a useful cliché for the students of chaos theory. After the reign of big ideologies that harvested the fears and dreams of a people sedated by slogans, we are having a thrilling time with big men whose ambitions are bigger than their national size. The order of the big ideology needed saviours with mighty resolve, and the iron in their fists was a prerequisite for heaven on an earth with no justice—and saw popular participation and democratic instincts as impediments. The ideal state was unipolar, untouched by the demands of conscience. The National Redeemer of today’s world may resemble the revolutionary maximum leader of yesterday from certain political angles, but the differences are starker. In the place of the Big Ideology, what we have now is an accumulation of mutations that took place on the old ideological fronts. It’s extreme but still lacks, thankfully, the terrifying cohesion of the erstwhile ideological order. And it has popular mandate. The redeemer of the day, by the sheer force of his personality, turns the legitimacy of the Elected One into the divinity of the Chosen One. It’s not the predictability or the assured solidity of the Big Ideology that animates him; it’s the impatience of a people scarred by the pretences and perversions of the old order that makes him the man of destiny—of change. Democracy, too, rewards the temptations of the messianic.

India experienced the National Redeemer even before 2014, when everything changed for good. When in a retrospective mood, even the unapologetic anti-Nehruvians would admit that the first prime minister’s utility as a cultural unifier and nation-builder far outweighed his contributions as a misplaced socialist and a religiously insensitive secularist. He knew better, like redeemers always did. Indira Gandhi was more engrossing as India’s mother of destiny, bringing into her persona the archetypal images of the deliverer and the destroyer, all the while stretching the mandate, and always so sure of her place in India’s emotions. Narendra Modi was the next big singular surge in Indian politics, and, in his rising, he was the repudiator of what his predecessors had guarded as the nation’s official behaviour. What 2014 achieved was cultural subversion as national liberation. Modi has dared to test it in every election, general or local, since then. Power for him is a relentless argument. A winner’s argument.

So we are getting used to the banality of every-election-is-a-referendum-on-Modi, putting the onus on our judgement rather than on his steely determination to see no difference between power and struggle. The cultural shift in Indian politics is so fundamental that it has become more enduring than BJP’s electoral fortunes. We have come to a stage where the vote is not on the cult of the redeemer, no matter how pervasive it is in the cultural space of the right, but on the altered national identity. The fight has gone past Modi’s individual engagement with power to the value system his politics, with its clarity on the necessity of unbridled power to bring meaningful change, has institutionalised.

That’s why the verdict on UP is more about Modi’s effect than about Modi himself. Contrary to the media-moulded perception, it is not a pre-2024 referendum on the viability of the cult; it is about the cultural churn that has made the cult sustainable. And if it’s at all about an individual, it is about one of the most identifiable faces of that churn: Yogi Adityanath. He is everything that the political culture of the pre-2014 India could not have produced—or afforded. If he is one of the few leaders other than Modi with a base of their own in BJP, it tells the evolutionary story of Indian politics, the story of how profoundly the ideas of empowerment and cultural identity have changed in the India of Modi. The rustic yogi robed in saffron is visually self-explanatory if you are looking for a stereotype in BJP’s Mahabharat. His political making is better explained when we look at all those ghosts that marched out of the trapdoors of post-Congress India. The lost nation is being claimed back by those who want to flaunt the colour of their faith, and the resentment of being told for so long to behave in appropriate secular ways—or that is the story an India that indulges a Yogi Adityanath wants to canonise. This India has already made politics de-elitist, even if it’s raw and crude at times. Five years ago, he was the choice, even if it was disputed by all those who found the aesthetics of it all so ungainly. Today he is in the arena to prove that it’s a right he has earned to be in power. The Yogi fighting for vindication is as eloquent a statement of India Recast as the Modi surveying the rewards of the argument he started in 2014. That’s where we are.