The Rot in Rhetoric

The China-India border dispute, too, did not escape a schizoid response 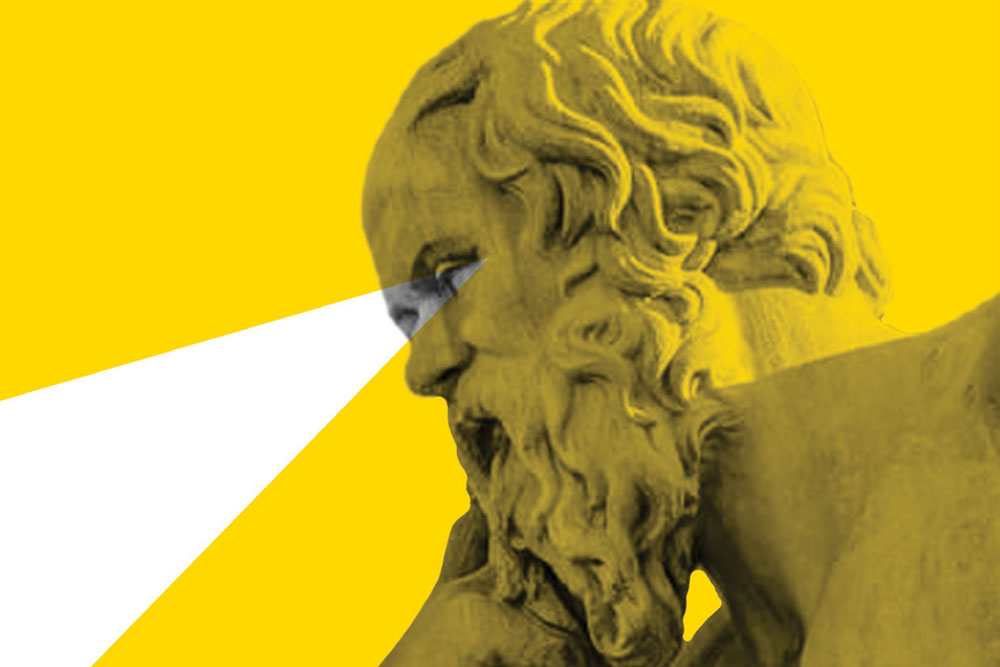 
IN THE AFTERMATH of the terrible events in the Galwan Valley in Ladakh, where 20 Indian and an unknown number of Chinese soldiers died in brutal ways at the hands of each other, it was hard not to notice how India and China went about demonstrating their claims regarding that patch of land. The Indian side relied on historical records and the logic of postcolonial territorial sovereignty that was grandfathered in since the days of the Anglo-Sikh wars of 1845-1846; while the Chinese claims spoke of historical memory of the Qing dynasty-led conquest of Tibet in 19th century and eventually the Maoist takeover of Tibet and Aksai Chin after the 1950s. Claims and counterclaims—in the name of the nation-state, cultural homogeneity, fuzzy delimitations on a map, geopolitical gamesmanship—lay bare not just the complications of a protracted struggle, but also the very nature of how we apprehend the world. If we were to follow the debates on cable TV and the accompanying political vitriol, the world would appear Manichean with well demarcated claims of good and evil. But if we were to follow the language of negotiators, diplomats and senior army commanders, they spoke of a different reality: a world that was more nuanced, grey, marked by tactical retreats and unwritten compromises. The former sought to approximate the world into an ideal mental representation while the latter was an effort to parse carefully the hurly burly of historical reality. Comparing the two, one could very well be forgiven for thinking these spoke of two separate realities rather than the singular travails of a complicated present.

This schizoid response regarding our comprehension of the present is not new. In one of Plato’s more famous dialogues called Meno—named after yet another of Socrates’ seemingly inexhaustible supply of preening but witless interlocutors—is an eponymous dilemma that is often called Meno’s Paradox. The bland opening gambit of that dialogue—‘Can you tell me Socrates, can virtue be taught?’—is met with the standard Socratic defence wherein the old master declares happily: ‘I blame myself for my complete ignorance about virtue.’ Then, having defanged any expectation, he solicits Meno—a callow young lad from a rich family with his head full of stories of grandeur—to ‘define’ virtue. Slowly, Socrates playfully points to the Aegean-size holes in Meno’s arguments. Soon, Meno exasperatedly offers up two retorts about what can be known itself. One, Meno asks, if we already know what virtue is, there is no need to search for it and the whole discussion about the nature of virtue is irrelevant. Or two, if we don’t know what virtue is, then how would we know what it is when we come across this thing that we call virtue—is virtue a quality, a phenomenon that refracts through us, a corpus of actions we undertake in life, a divine whisper to right action—that we call virtue. In short, Meno asks, either we know what something is or if we don’t know what it is, we will not be able to recognise it, far less define it as Socrates expected him to do. Then, like a clever student who believes he has outfoxed his teacher, Meno pointedly asks, ‘Does that argument not seem sound to you, Socrates?’ To which, the old master replies, with some snark, ‘Not to me.’

Eventually, after much toying around with Meno, Socrates ‘resolves’ this paradox by asking a geometry question to Meno’s slave boy. He methodically shows that the slave boy had the knowledge to answer the questions within him, even if he was unaware of it at first. During the course of this exposition, Socrates claims that we are all imperfectly knowledgeable (or, equivalently, ‘partially ignorant’) about ideals that abound in the world—beauty, truth, justice, virtue and so on—and we have ‘forgotten’ it; and as long as we have the techniques to make inferences, we can go from partial knowledge to some form of fuller knowledge. Implicit in this argument is one of Plato’s most powerful and seductive idea that there exist ‘forms’—the most real unchanging things of the world—out there. During the course of history, this conceit of a perfect model of transcendent reality on the basis of which we ought to structure our quest for knowledge, our ethical behaviour has found many champions including in religious doctrines. Nietzsche famously remarked in his aphorisms, to the effect, that Muhammad was a Plato who succeeded.

Nearly 2,400 years after Plato, the great German philosopher Martin Heidegger—early on in his career, before he joined and later left the Nazi party—made a case for a ‘different kind of knowledge’. To him, our understanding of the world was derived from what we do, our actions, rather than what we know, our thoughts. In the second part of his famously difficult text, Being and Time, he reminds us that it is precisely the things that are in full view, in which we live, that are hard to see. VS Naipaul writes in The Enigma of Arrival, with stirring self-awareness, ‘I saw what I saw very clearly. But I didn’t know what I was looking at. I had nothing to fit it into.’ For Heidegger, when faced with the efflorescence and diversity of experiences, Western philosophy had privileged mental exertions, reason, calculation, computation over the amorphous realities of everyday life. Ironically, it was precisely these very activities—one far removed from the highminded ideals and forms that Socrates spoke of—that occupy much of time and much of our life. In fact, for Heidegger, it was the very study of this ‘average everydayness’ that allows us to intuit who we are as beings. But this ‘everydayness’ doesn’t— unlike the forms—stand outside time. In fact, our experience of the present is situated within ‘time’, within history itself. There are no forms, no mental models, into which we can reach to discover—as Socrates told Meno—the nature of what we think valuable, who we are, what our roles in society are or who we are as a collective at a particular point in time. Our presence and roles are mediated by history. Time flows through our being and we become the site of revelation.


It is activities far removed from the highminded ideals and forms that Socrates spoke of that occupy much of time and much of our life. In fact, for Martin Heidegger, it was the very study of this ‘average everydayness’ that allows us to intuit who we are as beings

The natural question that arises is how is one to go about studying this everydayness of life that goes beyond the models that we impose on our mental attitudes? The answer to that comes from a technique to approach reality called ‘phenomenology’ which was developed by Heidegger’s teacher, Edmund Husserl. At its heart, the phenomenological approach thinks of the world, not as an approximation, but as one that we can study carefully. Phenomenology doesn’t devalue our experience in the name of some theoretical construct—be it virtue or a nation. Yet, as Naipaul writes, the challenge is often that we don’t have the vocabulary to describe what we see. To ‘see’ the world for what it truly is requires a form of careful delineation of things we take for granted including our own worldviews. This is a form of deconstruction, a patient study of how things are put together to allow truth to froth forth. But this ‘seeing’ doesn’t come easily. Our very experience of histories often distort, if not refract, realities and our experience of it. To this end, we need to interpret carefully our recorded experience—what the German tradition since Friederich Schleiermacher in 18th century has called the ‘hermeneutic’—a study of interpretations (from the Greek god of speech, Hermes). Over time, hermeneutic techniques became ways to think about human experience, history and even individual psychologies to uncover truth.

What we are thus increasingly faced with in our public life are two distinct modes of engagement with reality. One, accentuated by television and mass media, which act like Plato’s academies for aggrieved masses, where we rely on transcendent models and suprahistorical claims to apprehend the present. The other is a worldview marked by an active awareness of our historically contingent presence in the here and now. The former relies on the dynamics of an idealised order to win arguments, while the latter calls for the careful deconstruction of received wisdom that leaves us aware of truth, but not the satisfaction of feeling triumphant in our clever rhetoric.