Salman Rushdie is both right and wrong about India 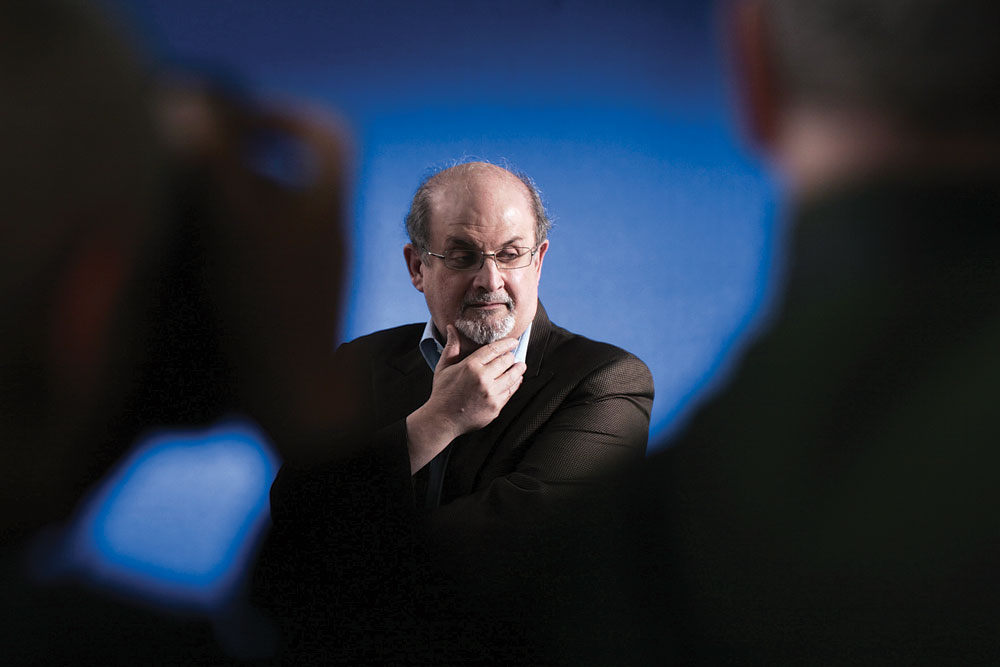 
AFTER SALMAN RUSHDIE won his first Booker Prize for Midnight’s Children, he came to India at our invitation to deliver two lectures on ‘Politics and the Novel’. The first talk, held to a packed ballroom at the Taj President in Mumbai, went off well. We then flew together to Delhi for Rushdie’s second talk. The late Khushwant Singh presided over the event. Again, a large crowd attended.

On the way to Delhi, Rushdie was immersed in a first proof copy of a book. Sitting next to him on the aisle seat (he had the window), I asked him whose book it was.

“Oh, it’s the proof copy of Milan Kundera’s The Unbearable Lightness of Being. Will be out soon.”

Rushdie has evolved over the years. Now 74, he revels in being an ageing but wise rebel. During a recent seminar at the Center for Contemporary South Asia at Brown University on ‘Politics, Religion and Culture: India and Pakistan’, Rushdie spoke of his childhood in Bombay and his current life and work in New York.

Answering a question from Ashutosh Varshney, professor of International Studies at Brown University, on his book Shame, Rushdie said: “I should confess to a piece of family shame. I had an uncle by marriage who was the founder and the first head of the notorious ISI. My uncle was the basis for the character of General Zulfikar in Midnight’s Children.

“Pakistan has now played a dangerous game by giving safe haven to the Taliban. Everything in Pakistan is determined by its obsession with India. But Pakistan is what the Taliban would really like to capture. Afghanistan has colossal problems. Pakistan, a bigger country, is worth more to the Taliban.”

That is the key insight from Rushdie: the real target of the Taliban is Pakistan. Instead of Pakistan using its Taliban progeny to take over Afghanistan, the prize for the Taliban is the eventual capture of Pakistan through Talibanisation.

Rushdie was on weaker ground when he answered a loaded question put to him by Varshney: “Is India going the Pakistani way?”

Rushdie knew it was a trick question but fell into the trap nonetheless. He tried initially to shrug away the “India is Hindu Pakistan” narrative popularised by Congress leaders. Said Rushdie dismissively: “[India] ain’t quite there yet.”

But then he gave Varshney the answer he wanted: “The fact that Mr [Narendra] Modi has managed to sell to a lot of Indians the idea of Hindu majoritarian rule, which is anti-democratic, is truly tragic.”


If India, with Hindus comprising nearly 80 per cent of the population, was a majoritarian country, BJP would not have won just 37 per cent vote share in the 2019 Lok Sabha election

Out of touch with India, Rushdie can be forgiven for falling into Varshney’s carefully laid trap. Those who mould the “India is Hindu Pakistan” narrative are responsible for selling a myth. If India was intrinsically communal, it would not have welcomed the early Jews, Parsis and Christians who came to the country seeking refuge and a new life. They lived in peace with the local Hindu communities through the centuries.

Hindu majoritarianism is a political narrative. The Bharatiya Janata Party (BJP) uses it to polarise Hindu voters just as Congress, Samajwadi Party and others use Muslim minoritism to polarise Muslim voters. If India, with Hindus comprising nearly 80 per cent of the population, was a majoritarian country, BJP would not have won just 37 per cent vote share in the 2019 Lok Sabha election.

During the few days we hosted Rushdie in Mumbai and Delhi, it was clear he was an atheist. He wrote The Satanic Verses as a non-believer.

In today’s Pakistan, with its cruel blasphemy law, he would have met a fate worse than Ayatollah Khomeini’s nine-year-long fatwa (decree). In India, The Satanic Verses agitated Muslims, forcing Prime Minister Rajiv Gandhi to ban it. But the protests died down and when Rushdie last visited India in 2013, he was made to feel welcome—except in Kolkata.

This is what Rushdie said of Chief Minister Mamata Banerjee’s ban on his visit to Kolkata: “The day before I was due to travel to Kolkata, we were informed that the Kolkata Police would refuse to allow me to enter the city. If I flew there, I was told, I would be put on the next plane back. I was also told that this was at the request of the chief minister. I remember that after the Jaipur Literary Festival (sic), Mamata Banerjee had said she would not allow me to enter Kolkata. She has made good that threat.”

Like Pakistan, West Bengal is off Rushdie’s future itinerary.