The Many Faces of Rudraksha 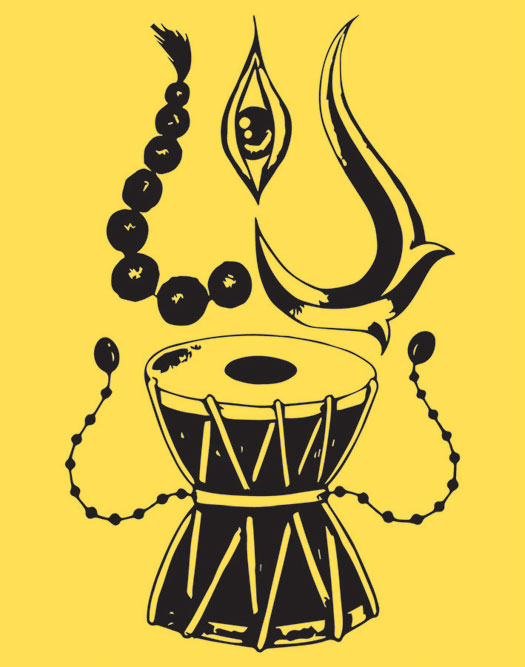 IN THE LAST column, I talked about what Shiva told Parvati about rudraksha. This column will conclude what Shiva had to say.

Shiva said, “One rudraksha must be worn on the tuft of hair, thirty on the head, fifty around the neck, sixteen on each of the arms, twelve on each of the wrists and five hundred on the shoulders. A mala or upavita will be fashioned out of one hundred and eight. In this way, a person who is firm in his vows, will wear one thousand rudrakshas. When his mind is like that, he is like Rudra himself and all the gods bow down before him. One rudraksha on the tuft of hair, forty on the head, thirty-two around the neck, one hundred and eight on the chest, six in each of the ears and sixteen on each of the arms. Depending on the size of the wrist, double that number (that is, 32) can be worn on the wrist. When a person happily wears this number, he becomes Shiva’s great devotee. He becomes like Shiva and is worthy of worship. All the others look at him and worship him.”

“It must be worn on the head with a mantra to Ishana. It must be worn on the ears with a mantra to Tatpurusha. (Rudra-Mahadeva gayatri.) It must be worn around the neck and also on the chest with a mantra to Aghora. An intelligent person will wear it on the wrist with the bija mantra to Aghora. A string fashioned out of fifteen rudrakshas will be worn around the stomach, with a mantra to Vamadeva. Three, five or seven malas can be worn with the panchabrahma mantra. Alternatively, all the rudrakshas can be worn with the mula mantra. (The basic mantra of AUM Namah Shivaya.) Liquor, flesh, garlic, onion, the shigrum horse-radish, shleshmataka and vit-varaha (the village pig) must be avoided. O Uma! It is recommended that a brahmana should wear a white rudraksha, a kshatriya should wear a red rudraksha, a vaishya should wear a yellow rudraksha and a shudra must necessarily wear a black rudraksha. This is the path indicated in the shruti texts. Irrespective of varna and irrespective of whether one is a householder, resides in the forest, or is a mendicant, this secret and supreme rule must be followed and must not be violated. Everything can be obtained if one wears rudraksha in the proper way. Otherwise, one goes to hell. If one desires the auspicious, one should not wear one that is smaller than an amalaka in weight, is broken, has protrusions, has been bitten by worms, has undesirable holes or is inferior in any way. A rudraksha that is the size of a chick-pea must be avoided. Rudraksha is a subtle form of my lingam and is always praised. Following Shiva’s command, all the ashramas and varnas, women and shudras, should wear it. Those who are mendicants must always use pranava to wear rudraksha. If he wears it in the morning, he is freed from all sins committed during the night. If he wears it at night, he is freed from all sins committed during the day. This is also true of morning, mid-day and evening. In this world, those who wear Tripundraka, matted hair and rudraksha, do not go to Yama’s world. Thus, rudraksha destroys all sins. Those who wear it are loved by me and are pure. Even if such a person has committed sins, he is purified. A person who wears rudraksha on his hands, arms and heads cannot be killed by any being and roams around the earth in Rudra’s form. He must always be worshipped by all the gods and asuras. Since he destroys the sins of anyone who sees him, he is worshipped like Shiva. If a person is not liberated through dhyana and jnana, he must wear rudraksha. He is freed from all sins and attains the supreme destination. When a person performs japa with a mantra, the auspicious qualities become one crore times more, if he wears a rudraksha. If a man wears it, he obtains good merits that are ten crore times more. As long as a living being wears it on his body, till such time he is protected against untimely death. When one sees a person with Tripundraka and rudraksha on his limbs, a person who is performing japa with mahamritunjaya mantra, one sobtains the fruits of seeing Rudra himself.) He is loved by the five divinities. (Ganesha, Devi, Surya, Rudra and Vishnu.) He is loved by all the devas. Wearing a mala of rudraksha, a devotee should perform japa with all the mantras. Devotees of Vishnu and other devas also wear rudraksha without any hesitation. In particular, devotees of Rudra always wear rudraksha.”


‘If a person is not liberated through dhyana and jnana, he must wear rudraksha. He is freed from all sins and attains the supreme destination. When a person performs japa with a mantra, the auspicious qualities become one crore times more if he wears a rudraksha’

“There are said to be different kinds of rudrakshas. I will speak about their differences. They bestow objects of pleasure and emancipation. A rudraksha with a single face is Shiva himself and bestows the fruits of objects of pleasure and emancipation. As soon as one sees it, sins like the killing of a brahmana are dispelled. Where it is worshipped, Lakshmi cannot be far away. All kinds of calamities are destroyed and everything desired is obtained. One with two faces is Isha, lord of the devas. It bestows as fruit everything that is desired. In particular, this rudraksha swiftly destroys the sin of killing a cow. A rudraksha with three faces is always a direct means of attaining the objective. Through its powers, all kinds of learning become firmly established. One with four faces is Brahma himself. It destroys the sin of killing a man. If one sees it, or touches it, the fruits of the four purusharthas are obtained. One with five faces is the Lord Rudra himself and is named Kalagni. It bestows every kind of emancipation and everything that is wished for. One with five faces destroys all sins, such as having intercourse with someone one shouldn’t have intercourse with, or eating something one shouldn’t eat. One with six faces is Kartikeya and should be worn on the right arm. There is no doubt that one is freed from sins like the killing of a brahmana. One with seven faces is named Ananga. If one wears it, a poor person becomes a lord. A rudraksha with eight faces is known as Vasumurti and Bhairava. If a person wears it, he lives for the complete lifespan. After death, he becomes a wielder of the trident. One with nine faces is known as Bhairava or the sage Kapila. Durga, with her nine forms, is established in it. With supreme devotion, such a rudraksha should be worn on the left hand. There is no doubt that such a person becomes a lord of everything, like me. One with ten faces is the divinity Janardana himself. If one wears it, one obtains everything that is desired. A rudraksha with eleven faces is Rudra. If one wears it, one becomes victorious everywhere. A rudraksha with twelve faces should be worn on the hair of the head. All the twelve Adityas are present in it. One with thirteen faces is known as Vishvadeva. A man who wears it obtains everything that he wishes for. He has good fortune and everything auspicious. One with fourteen faces is supreme Shiva. If one devotedly wears it on the head, all sins are destroyed.”

On seeing a mala of rudrakshas, Shiva, Vishnu, Ganapati, Surya and other gods are pleased. O Maheshvari! On knowing about this greatness of rudraksha, it must be properly worn, along with mantras, so that devotion and dharma are enhanced.”