The politics of illegitimacy has lost its ideological custody rights 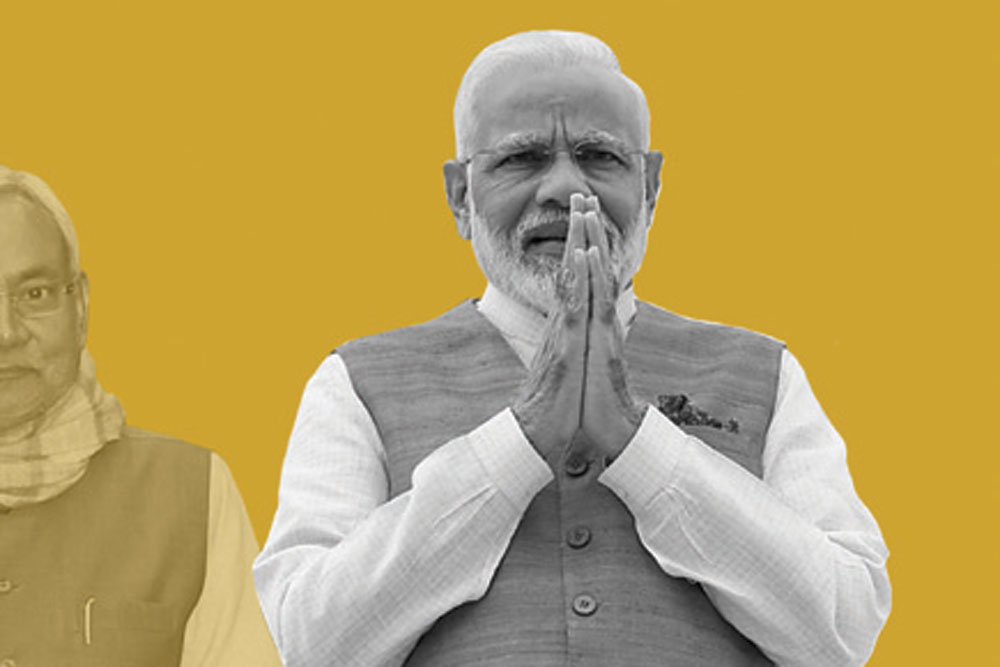 LEGITIMACY IS WHAT the other wants to pair with your politics—and popularity. They wield the word to damn you. It’s all about putting perception above inconvenient reality. For the easy users of this word, populism is a sorcery that weakens—and even subjugates—democracy. It’s, in the eye of the legitimacy police, a corruption of popular emotion. The wielders are not liberals alone, though they tend to get more opportunities to deploy the weapon of legitimacy to wish away the raw power of politics from below. The Right too resorts to it when the other side celebrates victory through sanctimony.

When the Undesirable gets elected—in one of those recurring errors of democracy—the Left cries “illegitimate” to console itself. It happened, most spectacularly, when Britain voted for its exit from the EU in the summer of 2016—and during the subsequent failure of the winners to negotiate for an honourable departure. The Left, joined by Conservative Europhiles, wanted a referendum on the referendum, hoping that Britain would have second thoughts. In November of the same year, the election that Hillary Clinton lost in America was “illegitimate” for the Left. Donald Trump, who won, with no popular vote majority, was a horrifying mistake; he lacked legitimacy—that’s what they said.

It’s the other way round today. The Right, certainly the Trumpian Right, is calling the victory of Joe Biden illegitimate. The Left dismisses, understandably so, the allegations of ballot fraud as unfounded and desperate. You have no right to accuse, they say. They had the right four years ago. The politics of illegitimacy has lost its ideological custody rights. Both the Left and the Right use it to undercut popularity, undermine people unlike the accuser, and to blame it on the most talismanic term in politics today—populism.

And the elasticity of populism allows the accuser to categorise the incomprehensible, to avoid the unsettling sociology of the populist’s rise. The roles of victimhood and villainy are constantly reversed. It’s what had happened during the Brexit campaign. The nativists were dismissed by the cosmopolitan elite as islanders lost in time. There was little curiosity about the Leavers’ resentment, and no attempt to understand with a sense of modesty why their idea of home collided with the ideals of a globalised world. It was matched by the Leavers’ refusal to acknowledge the Remainers’ vote not as a repudiation of Englishness but as a fear of isolation.

In America today, Donald Trump’s refusal to accept rejection is a mark of the man who lived by feeding on his self-image as an underdog, as a victim of intellectual elitism and media bias. Everyone from the other side called him a culturally vulgar narcissist. For him, the permanently persecuted, what the others call narcissism was all about renewing, tweet by tweet, his faith in himself as a necessary saboteur, a misunderstood redeemer of American nationalism. His current cry of illegitimacy is the inevitable reaction of a man who sees defeat as an existential horror, a liberal voodoo. He’s within his rights to cry foul, as the Left did four years ago, and continued with it till Election Day.

The mutually shaming legitimacy test is a huge deception, a way of fantasising about the accuser’s own relevance. The Brexit vote voiced the sighs of the kind of Englishness the Left would dismiss as imperial nostalgia. Defeat may have made Trump awfully unpresidential but the persistence of Trumpism is a vindication of the social forces that made him possible in the first place. It shows that the definition of populism, no matter from the Left or the Right, as nationalist demagogy masquerading as grassroots salvation theology is only partially true. It varies from leader to leader.

What remains a constant is the increasing illegitimacy of legitimacy politics, whose practitioners are everywhere, even at places where the so-called democracy-stifling populists are not at play. An immediate reference point is 2014, when Narendra Modi became one of the most popular elected leaders in a constitutional democracy, and he has not ceded ground since then. He has gained more. Still there were voices from the purveyors of wretched India who saw his victory as a false note of democracy. They are yet to come to terms with the India that continues to indulge him; they see it as a character flaw of people unlike them. Modi is not the populist you see along with the Erdogans and the Putins in the now familiar portrait gallery of strongmen. That’s a lazy categorisation. The legitimacy of his popularity is constantly vindicated by popular will. What we are missing is: the repudiation of India’s original populists—the socialists. Once it was Lalu Prasad’s spittoon socialism. Now it’s socialism with Nitish characteristics: moral flexibility and ideological opportunism. That too is fast losing its market appeal.

Legitimacy test is legitimate only when it’s conducted by democracy, not desperation.