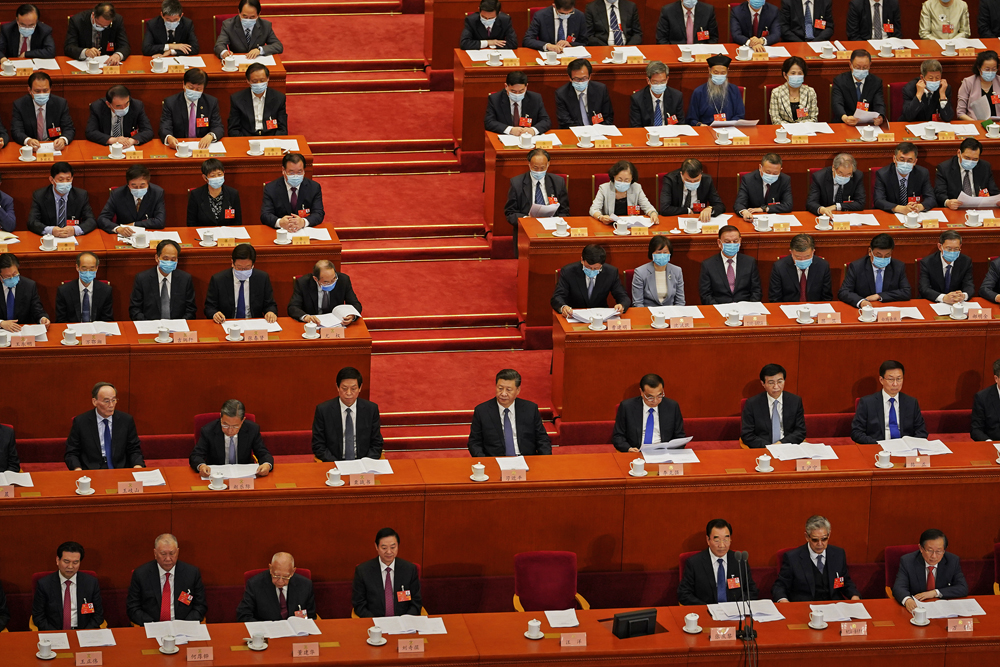 
This coronavirus pandemic is turning out to be catalysing major geopolitical upheavals. There appear to be not many takers in the world, at least among the big powers, for the UN Secretary General António Guterres’ appeal on March 23rd, “To the warring parties: Pull back from hostilities. Silence the guns; stop the artillery; end the airstrikes. This is crucial to help create corridors for life-saving aid, open windows for diplomacy and bring hope to places among the most vulnerable to Covid-19”.

Guns are not silenced. The artillery is blazing. In less than three decades, the talk of a new cold war has returned. From Washington Post in the US to Daily Sabah in Turkey to Strait Times in Singapore to The Australian in Australia—so many are talking about it. Kevin Rudd, former Australian Prime Minister, too had alluded to it in his article in Foreign Affairs magazine.

The last Cold War began several years after the end of World War II. At least in the fight against Hitler and Mussolini, there was greater unity in the world. Hitler could not have been defeated had Roosevelt not jumped in and Stalin not changed sides. But now, we are still in the midst of the coronavirus pandemic. The need of the hour is greater unity. It is ominous to hear the increasing cacophony over the new cold war at this juncture.

Recently, the World Health Assembly (WHA) has witnessed the cold war pre-run at its annual session. Issues like investigating the origins of coronavirus and readmitting Taiwan as an observer have led to deep schisms and open mudslinging among the big powers. The Bahamas-led WHA has not agreed for an independent inquiry to investigate the virus origins, nor has it taken up the Taiwan issue on the agenda. While there is palpable exuberance in Beijing, it is radio silence in Canberra and Washington DC. The official mouthpiece of the Chinese Communist Party (CPC), The Global Times has used choicest epithets against President Trump and America. “This is pure international hooliganism,” it accused America, and mocked President Trump saying he was “out of control” and using “witchcraft”.

Incidentally, China was instrumental in making Taiwan an observer at the WHA from 2009 to 2016. There was a pro-China KMT government in power in Taiwan then. After the pro-freedom DPP returned to power in 2016, Taiwan withdrew refusing to be called as Chinese Taipei.

India’s Cold War experience: India’s brush with the Cold War in the last century was brief. It happened during the 1971 war with Pakistan. Nixon’s antipathy for India had led to America’s tacit support for General Yahya Khan, the Pakistani dictator at that time. Yahya Khan had indulged in a genocide of the Bengalis in East Pakistan, while Nixon looked the other way.

In the end, Pakistan lost the war and territory, and Nixon his moral stature. A telegram sent by Archer K Blood, the American consul general in Dhaka during those fateful months, had helped in exposing the immoral behaviour of the Nixon-Kissinger duo. Blood had repeatedly warned the US establishment about the goings-on in East Pakistan. His warnings fell on deaf ears. Finally, Blood had taken on the US leadership through a terse telegram sent to the State Department challenging its silence over the genocide.

Tale of two telegrams: The Cold War was immoral and unethical. The Western and Eastern blocs had used all methods to outdo one another, bringing horrible misery to the people in many countries. Those in the opposite camps had suffered anyway, but those, like India, not part of any camp, too, were not spared. It had ended over the dead bodies of over 20 million people.

It is instructive to learn about how the Cold War had begun. Historians hold two telegrams responsible for the rise of Cold War politics in the last century. They are called Kennan and Novikov telegrams. Like the Blood Telegram, they too were based on the local assessment of the diplomatic officials of the US and the USSR. Kennan was the deputy chief of the US mission in Moscow while Nikolai Novikov was the Russian ambassador in Washington DC. Kennan’s assessment of the post-War strategy of Stalin, which was contained in a long telegram of 8,000 words that he sent to Washington in 1946, was largely responsible for America initiating Cold War measures, including the formation of the anti-Soviet NATO. Just a few months after Kennan’s ‘Long Telegram’, Novikov sent his assessment of Truman administration to Moscow in another telegram that became known as Novikov Telegram. Sent in September 1946, Novikov Telegram warned Stalin that the US was determined to contain the spread of the ‘democratisation efforts’ of Stalin and planning to establish bases in the capitals of USSR’s neighbours. The two telegrams had set the stage for the Cold War in the last century.

Cold War rhetoric back: Similar situations are unfolding in Beijing and Washington now. Reuters has reported that an influential Chinese think tank, the China Institute of Contemporary International Relations (CICIR), affiliated with the top Chinese intelligence body, the Ministry of State Security, had presented a confidential report to the Chinese top leadership in which it predicted a massive anti-China wave across the world surpassing the sentiment in the aftermath of ‘the 1989 Tiananmen Square crackdown’. It had even predicted an armed confrontation with the US.

Temperatures are on the rise in Beijing over such reports. ‘China needs to expand the number of its nuclear warheads to 1,000 in a relatively short time,’ wrote Hu Xijin, the influential editor-in-chief of Global Times recently. The Chinese media is also talking about the US’ efforts to ‘encircle’ China.

Political commentators in China have started comparing the CICIR report with the Nikolai Telegram hinting at the start of a new cold war.

Meanwhile, on the US side, with elections round the corner, both the Republicans and the Democrats are upping the ante against China in variable decibels. Adding to the rhetoric, a purported report by the Pentagon, submitted last month to the White House, has surfaced in sections of the Western media that talked about a series of simulated war games conducted by it against the Chinese military targets. The war games had led to the Pentagon concluding that the US forces would be ‘defeated in a sea war with China and would struggle to stop an invasion of Taiwan’, claimed the report.

Roadmap for peace: The National People’s Congress (NPC), the titular Chinese parliament of over 3,000 representatives, is going to commence its delayed annual 10-day meeting on May 22nd. Premier Li Keqiang will present the country report to this largely rubber stamp legislative body. Many suspect that the Chinese leadership would use the forum to further augment nationalist sentiments in the country. The re-elected pro-freedom Democratic Progressive Party leader Tsai Ing-wen, the bete noire of President Xi Jinping, has inaugurated her second term just two days before the NPC in a subdued way after the setback at WHA. That could become an added spark for shrillness at the NPC.

There are many in India and globally who would hope that all was not well inside China and there could be another Tiananmen-like uprising. It must be remembered that in its long history, the Chinese society has lived under one kind of authoritarianism or the other. As Francis Fukuyama pointed out, they glorify their authoritarian history by way of escorting visiting country heads to places like terracotta warriors in Xian. This place has the tomb of Shang Yang, the chief minister of the pre-Christian-era Qin dynasty who had introduced a proto-totalitarian governance model based on the premise that all human beings are born bad. China is a ‘historic nation’; it values a continuum in its history. The CPC’s authoritarianism is no different from Shang Yang’s. It can change through the struggles not at the bottom, but at the top, opines Fukuyama. That could be a long wait as President Xi has consolidated his position substantially.

On the other side, Trump’s election strategists seem to have decided upon making China the centrepiece of their re-election campaign.

As the new cold war clouds gather over the horizon, countries like India have to weigh their options carefully. NAM-type ‘neither here, nor there’ neutrality is no longer feasible because the new cold war is going to play out in India’s immediate neighbourhood. Instead, India could become the fulcrum for countries in the Indo-Pacific region. Prime Minister Narendra Modi has already laid out his vision when he said at the Shangri La Dialogue in 2018: “India’s own engagement in the Indo-Pacific Region—from the shores of Africa to that of the Americas—will be inclusive. It translates into five S’s: सम्मान (respect); सम्वाद (dialogue); सह्योग (cooperation), शांति (peace), and समृद्धि (prosperity).”

India’s hardball agenda should be to engage with countries on “peace, with respect, through dialogue and absolute commitment to international law,” as Modi put it.

A Citizen of the Subcontinent