The Day That Changed the World

The enduring aftershock of 9/11 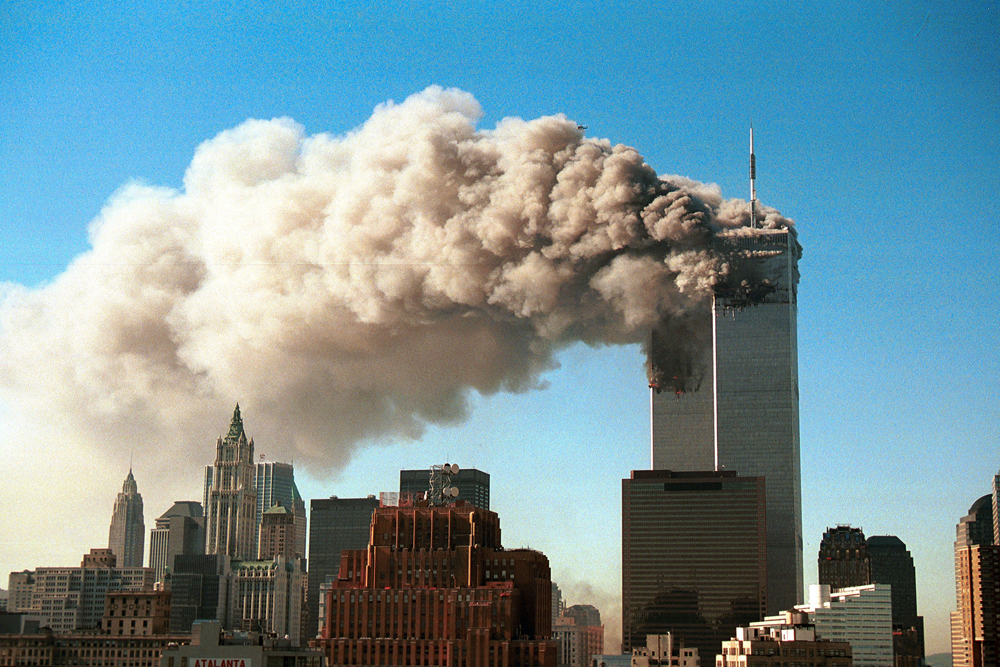 THE ASSASSINATION OF John F Kennedy was said to be the moment every American remembered exactly what he was doing. That was until the 9/11 attacks 18 years ago. And when Osama bin Laden’s aerial suicide bombers struck, not the US, the world remembered. It continues to. India got its own version of it in 26/11 when Pakistani terrorists attacked Mumbai, and yet, as an enduring vision, even most Indians would find 9/11 more persisting. It was the power of the grand spectacle captured in full live-television horror. If there was ever a single moment (or two actually) in the new millennium that changed the course of history and civilisations, then it was the two planes flying into the Twin Towers so casually that you couldn’t even imagine it to be a videogame.

Osama bin Laden’s strategic long-term plan is still somewhat unclear to the understanding of the rational liberal democratic mind because the main fallout of its success has been the total delegitimisation of Islamic fundamen•talism in every corner of the world that seemed to tolerate it once upon a time. Those who are old enough will remember that when the death sentence on Salman Rushdie was passed by an Ayatollah in Iran who had not even read The Satanic Verses, a large portion of the world seemed to only condemn it with ifs and buts. Even mainstream decent Muslims without a violent bone in them could be heard arguing how Rushdie had brought it upon himself—that an act of creativity warranted death only because it had the temerity to offend. In India, the response was to ban the book instead of supporting the writer. The idea that extremist ideology should be tolerated only because it was religious ended on 9/11. When was the last Ayatollah to pass a death sentence on a writer of the civilised world?

This was no doubt the result of the overwhelming dominance of the US and its war on Islamic terror. Its political consequences left few untouched. In India, a major fallout became the further mainstreaming of the BJP, a party that had been talking about minority appeasement as a fundamental flawed plank of Indian politics for decades. It had even managed to come to power at the Centre before 9/11 but only with a large number of allies. It couldn’t consolidate the Hindu vote because a large section of Hindus saw its opposition to Muslims as driven by innate communalism; 9/11 did its bit in changing that perception. Would the BJP have got its eventual absolute majority if 9/11 had never happened? Probably yes, given the vacuum left by the inevitable decline of the Congress as a party dependent on one family, but it might have taken them longer.

The gradual rise in Islamophobia triggered by 9/11 over the last two decades led to the rise of White supremacist terror, a phenomenon just at its beginning and whose forms are going to get nastier. Islamophobia was one of the main planks of Donald Trump, leading to his victory. Something ugly had been unleashed in the victims too on that day.