The Case of the Rickshaw Coolie Murder 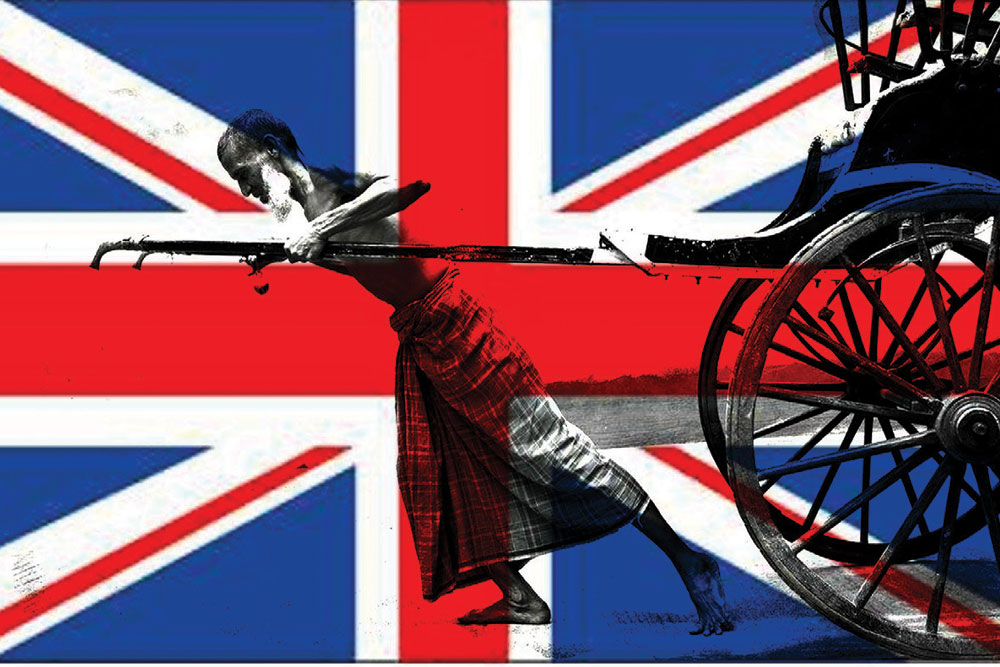 
NO BUREAUCRAT IS a butterfly, but there are some who can induce a butterfly effect. Two British officials, one high and the other possibly drunk, induced a cascading effect that helped bring down the mightiest empire in history. Neither, like the butterfly in chaos theory, knew that a grudge about promotion or a kick that killed a coolie would lead to consequences beyond their imagination. I owe their stories to a book one should have read in 1990, when it was first published, but which I picked up very recently while browsing in a bookshop during a sudden gap in the schedule: Pamela Kanwar’s marvellous Imperial Simla: The Political Culture of the Raj.

Allan Octavian Hume, the splendidly named Scotsman, is well known as the inspiration behind the formation of the Indian National Congress in 1885. And yet, if he had not been demoted four years before and transferred from the post of Secretary, Revenue, Agriculture and Commerce, to mere membership of the Board of Revenue in Allahabad, something akin to the Congress might have had to wait for another turning point of history.

Hume was 19 when he joined the civil service in 1849. Calcutta was still the sole imperial capital, but the reach of the Raj had gone up to Punjab. Hume’s first posting was at Meerut, as muhrir, a legal clerk; he climbed the usual steps till he became deputy collector of Etawah in 1857. It was baptism by fire into the upper echelons of administration; he escaped death very narrowly in the famous uprising of that year. That war of independence might have been lost by India, but it revealed the fragility of the Raj.

In 1871, Hume was appointed Secretary. By this time, Calcutta’s role in administration had been heavily diluted. It was still the nominal capital, but the more salubrious Simla had emerged as the working capital of the Indian Empire. For nearly eight months in the year, the Raj ruled from the mountains.

Hume, like so many other officials, decided to make Simla his home, buying a large estate whose residence he expanded into a virtual palace. His career graph, however, was not equally fortuitous. His colleagues considered him both arrogant and mischievous, and the viceroy, Lord Lytton, packed this ‘troublesome’ officer off to Allahabad, disbanding the whole department in order to get rid of him.


Indians bowed before the British out of fear; half of Simla saluted an Indian out of respect. The time to quiver before the Sahib was over

Hume resigned in 1881 and divided his time between personal passions like ornithology, theosophy, occultism and the occasional minor miracle, like producing a tea cup from under the bushes at a picnic in Mashobra. No harm done, at least to the British Raj. But his private wrath took on a more public face. Between 1883 and 1885, he persuaded a number of Indian associations to join a common platform and demand a larger role for Indians in administration. Thus was the Congress formed.

Hindsight is a very useful perspective. If the Congress had not been created, then would it have emerged at all? Yes. It would most likely have been born two decades later after Curzon’s partition of Bengal, in 1905, possibly under a Bengali name, infused with Bengali radicalism and adopted a trajectory of struggle through quite a different course.

A SECOND BUTTERFLY SET off in 1925 from a garden in Simla, quickly rising from obscure brutality to a cause celebre that charred the credibility of British rule.

It was well past midnight. The dinner party given by Mansel-Pleydell, Controller of the Army Canteen Board, at his home had come to an end. Outside, the rickshaw pullers, or ‘coolys’, were waiting to ferry the guests to their homes. One of them, Jageshar, woken suddenly from a slumber, stumbled as he rose. For some reason, a berserk and manic Mansel-Pleydell began to kick Jageshar, swearing all the while, until he had kicked the impoverished ‘cooly’ out of the garden, where he collapsed on an outlying flower bed. 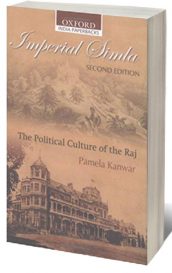 The other ‘coolys’ watched in silence, dragged their indifferent British passengers to their various residences and then returned. They took Jageshar to the Simla Police Station, where the constable on duty would not register a complaint against an Englishman. Jageshar died, his ribs broken and spleen ruptured. The ‘coolys’ went to Rai Bahadur Mohan Lal, a municipal commissioner, who took up their cause immediately. Early in the morning, following a telephone call from the superintendent of police, the thana registered the case.

There was a sensation. Rai Bahadur Mohan Lal was determined to ensure that justice was done; Kanwar Dalip Singh appeared for the prosecution. British officials exerted enormous pressure on the man they had honoured with a title. For the British, there was nothing abnormal about kicking menials. The British had been kicking Indians since they arrived. Slavery was legal when they reached India and although it had been abolished in 1832, its psychology was embedded in doctrines of superiority that framed ‘normal’ behaviour. Anyone found using excessive violence was shielded by officials, or let off lightly by all-British juries.

But Rai Bahadur Mohan Lal would not budge. He appeared in court himself and withstood nine hours of cross-examination with aplomb. Newspapers reported each day of the hearings over the next six months. The case became a public cause, inspiring a wave of nationalist outrage and exposing the racism beneath the British veneer. Mansel-Pleydell was fined Rs 4,000 and sentenced to 18 months of rigorous imprisonment. An appeal to the High Court failed. The Controller of the Army Board Canteen committed suicide in jail.

Obviously, not all Britons were racist. Most viceroys were careful and understood the stakes. Lytton suspended a magistrate who had fined a similar murderer only a small sum, while Curzon ordered men of the Ninth Lancers to be punished after they beat a cook to death. But Pamela Kanwar also records that an unnamed viceroy told his ADC to kick erring domestics on the shin and be careful about their spleen.

When Mahatma Gandhi came to the imperial capital in the summer of 1931 to sign his famous pact with Lord Irwin, Simla’s Indians gave him an unprecedented welcome. They followed their ‘Betaj Badshah’ (Uncrowned King) up to the very gates of the once-hallowed Viceregal Lodge. Their cry was: “Down, down Union Jack! Up, up National Flag!” and “Down, down British hat! Up, up Gandhi cap!” The British were kicked out of India by 1947.

A line from the trial entered local legend. The lawyer appearing for the Englishman tried to insinuate that Mohan Lal had taken a leadership role in the case not because he believed that the rickshaw coolies were right but because of their obsequious flattery. Why did they bow in salaam to him?

Mohan Lal, giving his testimony, drew himself up and replied: “Half of Simla says salaam to Mohan Lal!” There were many signals in that sentence, understood by all levels of Simla, subaltern, shopkeeper, councillor, Pandit, Pathan. Indians bowed before the British out of fear; half of Simla saluted an Indian out of respect. The time to quiver before the Sahib was over. Indians were no longer frightened of standing up for their rights. Both the poor and the rich had had enough of British rule. The spirit of freedom was in the air; could change be far behind? Simla was the capital of the British Raj. If the Sahib’s authority was ebbing at the door of his palaces, then it was time to go. Neither kicking the poor nor bribing the rich was working any longer. The case of the rickshaw coolie was the non-violent face of rebellion. There could be no predictions about the future. If Simla was lost, Delhi could never be saved.