She sent food packets to villagers in her constituency 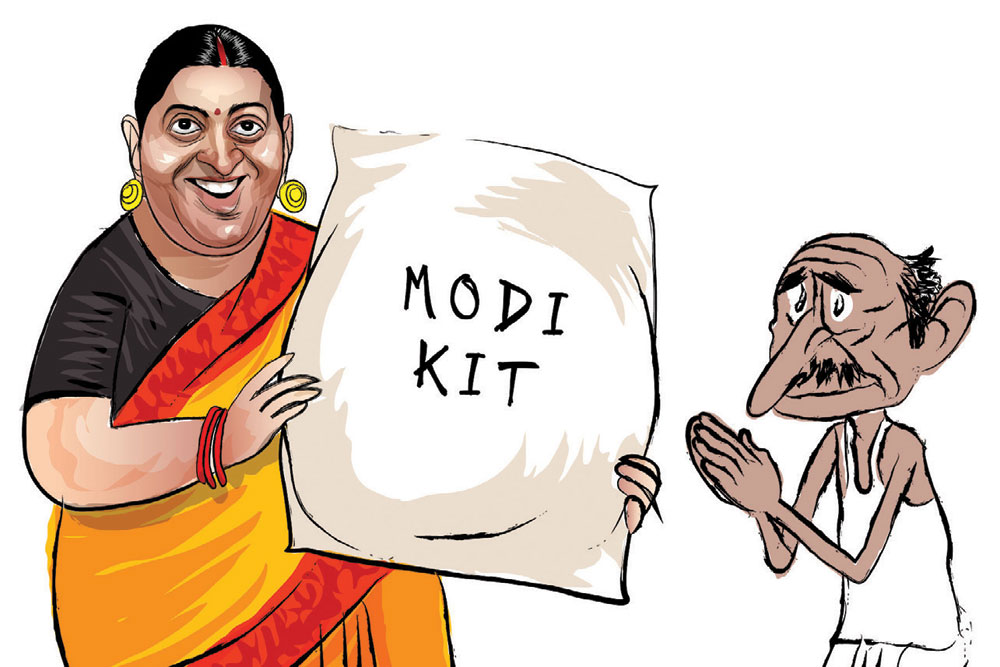 
During the lockdown, among senior Cabinet ministers, Smriti Irani has been very active. Recently, she sent food packets to villagers in her constituency, Amethi. She first found out how many persons were really needy and got a list from government officials in the area. Then bags of food materials were made, each containing five kilos of rice, five kilos of aata, one kilo dal, one-and-a-half kilos of potatoes, 200 grams of oil, half-a-kilo of vegetables, 50 grams of turmeric, a kilo of salt. The bag was named ‘Modi Kit’. Irani imposed two conditions on anyone availing the bag. First, they had to be inside their homes; villagers who came out to collect the kit would not get it. Second, people who had enough food at home should not take it; it would be on the basis of need. More bags would be sent after a week. Department officers suggested a photo of Irani be attached to the packet, but she overruled that.

Production might have stopped in the time of coronavirus but rumour factories have gone on an overdrive. One from West Bengal said that the wife of a senior IAS officer, a former Member of Parliament of the Trinamool Congress and a businessman, were meeting at the lounge of a club that was supposed to be closed. Chief Minister Mamata Banerjee ordered an inquiry and asked the club why the lounge had been secretly opened for them. Action may be taken after she gets the report. However, BJP leaders are saying that no such thing took place and what the Chief Minister heard was just idle gossip. 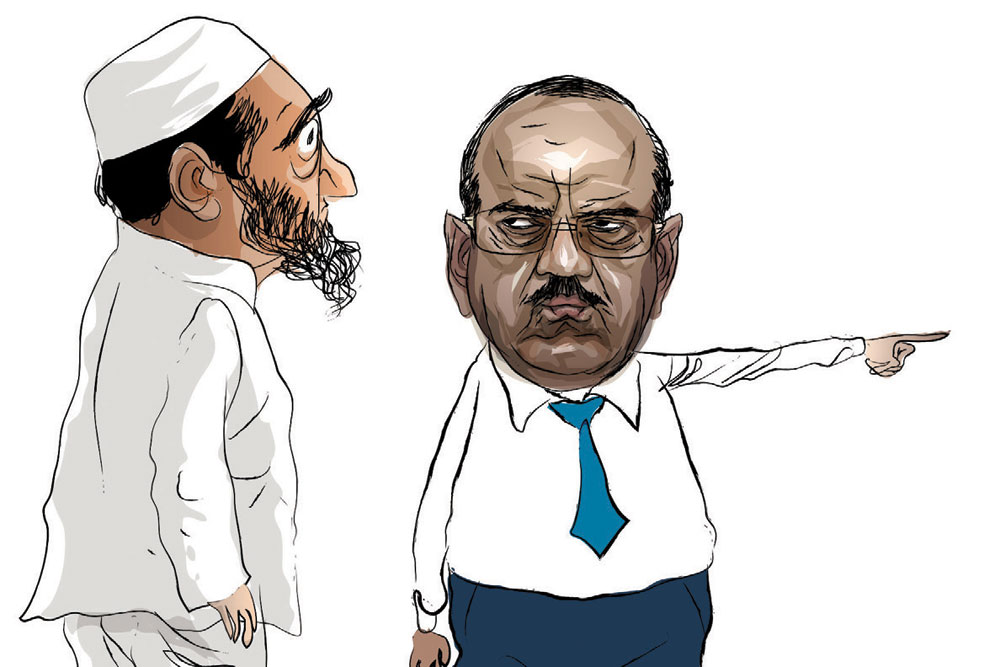 T he spread of the coronavirus across the country because of the Tablighi Jamaat in Delhi, where a huge congregation, including infected foreigners, had gathered in their Nizamuddin premises, has led to the question why the Intelligence Bureau (IB) had been clueless about the event. The police station was right next door but it didn’t take action to prevent the gathering. Even the IB’s headquarters in North Block isn’t very far from the area. Ultimately, to vacate the premises, National Security Adviser Ajit Doval himself had to go and meet the head maulana to convince him about the danger.

In Delhi, four senior bureaucrats were punished by the Union home ministry for dereliction of duty in containment of the coronavirus pandemic. This followed the massive build-up of a crowd of migrants at the Anand Vihar bus depot. But bureaucrats are asking why only Delhi officials were being punished. In other states like Haryana, Rajasthan and Punjab, too, immigrants had come out on the streets.

When Finance Minister Nirmala Sitharaman announced the financial package, a journalist pointed out at the press conference that there is great distress in big business too. But Sitharaman said it would be the topic for another day. Till now, there has been no announcement of any relief for the corporate sector even though without production and sales, there is no earnings to even pay salaries. There is, however, a buzz that the Finance Minister will announce some relief around corporate tax soon. 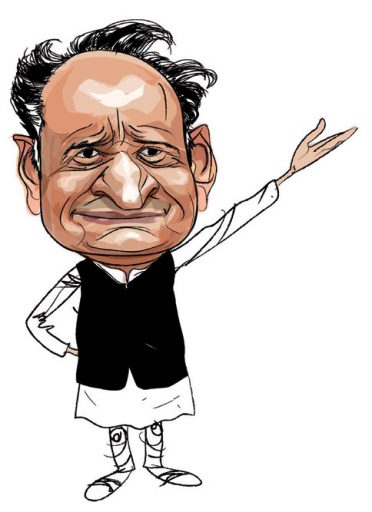 Mamata Banerjee chose to skip Prime Minister Narendra Modi’s videoconference with chief ministers. However, Rajasthan Chief Minister Ashok Gehlot, who is from the Congress, took advantage of the opportunity. On March 20th, he had already had a videoconference with Modi and requested a special health package for his state. On April 2nd, before Modi’s video conference, Gehlot held meetings at the state level and he took feedback from district authorities to make an even stronger case for the package.

As both Ramayan and Mahabharat are being rerun on Doordarshan after more than three decades, the actors of the tele-serials are now all in a different age group. Arun Govil, who played Ram, is 62 years old; Deepika Chikhalia, Sita, is 54 years old and, Nitin Bharadwaj, Krishna, is 56 at present. Their politics also diverged after the first heady days of fame. Govil went into the Congress and Chikhalia became a BJP MP. All three stay in Mumbai and are giving interviews to media over the phone. Photos are going viral on WhatsApp of them watching the serials again along with their families.

After announcing the lockdown, Narendra Modi held a series of videoconferences with editors and industrialists. One such group that stood out were radio jockeys. The reason they were invited was the importance Modi gives to the radio service. Even his Mann Ki Baat is over that medium. FM Radio is heard across social classes—from drivers and labourers to the middle class.