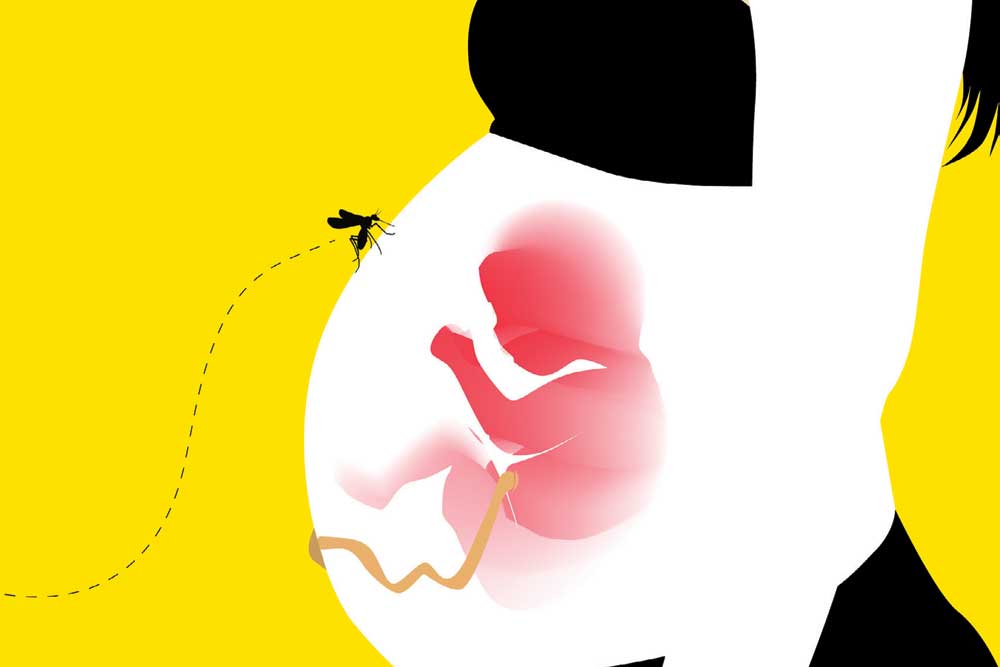 Often, it is the adults around a child who tell it the first ‘story’ of the particular Divinity they believe in, or take the little one to a place of worship they frequent. Each infant is a blank bit of Infinity, who soon gets labelled, branded and tattooed by a set of beliefs. These beliefs form the corpus of what often gets termed as ‘religion’. The metaphysical head of a set of beliefs becomes a particular God. The temple, mosque or church is seen as the address of the place where these powers reside.

Hinduism says that Divinity is omnipresent. Shri Narasimha, arguably the fiercest of Shri Maha Vishnu’s incarnations so far, followed by Shri Parashurama as a close second, manifested Himself on the tenet that God is everywhere. Prahlada, an ardent Vishnu devotee, was born to the demon king Hiranyakashipu, who wanted everyone to worship him as the omnipotent. Prahlada, however, had other ideas and set his mind firmly on
Shri Maha Vishnu. Secure in his belief that there was no entity who fulfilled all the conditions of his Brahma-granted boon, the king taunted his son to show him, Hiranyakashipu, the Maha Vishnu, he is so obsessed
about.

“Thoonilum Thurumbilum Narayana Kallilum Mullilim Narayana,” is Prahlada’s refrain, which means that Narayana is present in the palace pillar, the rust, the stone and the thorn. Obligingly to save this child devotee from being beheaded by his angry and unconvinced father, Shri Maha Vishnu came roaring out of the pillar Hiranyakashipu had split with his sword to disprove his son.
As Shri Narasimha, half-lion, half-man, He appeared at twilight, neither day nor night, put Hiranyakashipu on his lap, neither on the ground or the sky, on the threshold, neither in a building or outside, and proceeded to
disembowel him with sharp leonine nails, neither bare handed nor with weapons. Ironically, it was Hiranyakashipu whose specifications Shri Narasimha proceeded to follow as this wondrous incarnation.

Despite centuries of occupation, ruin and neglect, Hindu temples of various shapes, sizes and denominations abound in India. This seemed to contradict the theory that Divinity is all-pervasive. Every human being breathes while working, meditating, playing, eating, making love or sleeping. This is an automatic process that no human being can control except through rigorous practice of Pranayama or breath control. The first step of Pranayama was to be aware of our breathing, an activity we cannot survive without, yet characteristically, get taken for granted for most of the time. If Divinity can be taken to be our breath, places of worship represent the awareness of that process of breathing. It helps us to concentrate on something that is ephemeral, yet vital

Some of the earliest images of what we now take to mean Divinity is that of a visibly pregnant woman, with breasts which suggest an abundance of nourishment. Birth and Death are the two activities in the physical realm which are not just completely organic. There is a definite element of
mystery associated with both the activities which ‘bookends’ the whole of life. The discovery of ancient burial sites point out that that the exit from
life was no less mysterious than the appearance of it!

Birth is often welcomed more than Death as it was a guarantee of the continuity of the species with human beings nearing an abundance of proliferation to the cost of the Earth’s ecosystem. It was the factor of the unknown which urged human beings to believe in something which is ‘higher’ than themselves. This ensured grounding in what is otherwise a random and meaningless existence.  Bound by the constraints of the human body, people often pinned their faith on ‘something’ which is outside of themselves.

Without the human race as we know it today, Creation had existed and is likely to continue existing. That inscrutable Energy or Matter, as Einstein’s famous formula postulated, is the classic Brahman or pure form of Energy. This is not to be confused with ‘Brahmin’, one of the castes in Hinduism. Every religion agrees that this World is the product of a Creator, whatever be the various names and attributes to this. Yet, at the risk of sounding blasphemous, it is equally true that it is human beings who bring this Creator into their consciousness, whether collective or individual! Rather like a character in a gripping story book, it is the very creation which takes over the writer and writes His or Her own story!

As the various types of theologies are human made, differences are inherent in them. When these differences are not tolerated, if not actively respected, it gives rise to religious conflicts. You will find no essential conflict or contradiction in non-human manufactured objects, including birth and death, an activity common to all adherents of vastly differing faiths.

Religions take root due to a variety of reasons which are geographical (for example, the sea gods Varuna and Neptune), economic (Lakshmi, the Goddess of Wealth and Her elder sister Jyeshta, the Goddess of Calamity, who has equal power. In fact, the reason why the evening lamp is first lit outside the house rather than in the puja room is to propitiate Jyeshta so that She does not enter the house and stays outside). There is even an element of the political, for instance, the fight between the Vaishnavites
and the Shaivites. Just as human beings go through vagaries of life, the human-made places of worship also follow suit.

In Thiruvananthapuram, there is a Bhagavathi temple called Attukal. Once a year, many women congregate here to cook and offer food to the Goddess. There are so many devotees that this festival has entered the Guinness Book of World Records. Local legend, however, goes that a ‘Thookkam’ (where human beings re-enact the fight between Darika, a demon and Shri Bhagavathi, culminating in the killing of the demon) in the
Shri Vellayani Bhagavathi temple about 27 km away from Attukal, used to be very elaborate in olden days, but has since lost quite a bit of its popularity. The reason they say is that the earth will not be able to bear the concentration of both the energies and will, consequently, split. Vellayani Shri Bhagavathi and Attukal Shri Bhagavathi have thereby amicably resolved a timeline of alternate ascendancy and descent between Themselves!

The Thanthra Shasthram, which is considered to be one of the textbooks on how to consecrate a deity in a temple, starts out with a prayer of apology. The infinite Divine is being ‘contained’ in an idol with physical limitations of space! There are, of course, very many rituals to make up for this divine limitation.

The main reason for conflict between differing faith systems are two-fold. What is inherently a mystery, which is pro-existence, observing the intricate movements of Nature is sought to be reduced and explained away (literally) in human terms. Secondly, more often than not, the ego and obstinacy of the acolytes of Divinity come in the way. People take upon themselves to be the spokespersons of myriad religious systems and accompanying energies. Any sign of questioning them is tantamount to questioning the very sacredness of God. The Sanskrit word for religion is ‘Madam’, which also means opinion. True Divinity, albeit envisioned in any form, would have a better chance at survival if opinions are evolved and followed by the individual. Divinity is in the individual. So should faith be, not the submergence of the individual in an undifferentiated mass of people following a single track of belief rather than each establishing his or her own ‘hotline’ to the Divine.