Question Without an Answer

On the Congress application form, there is a question about whether applicants took alcohol or other addictive substances 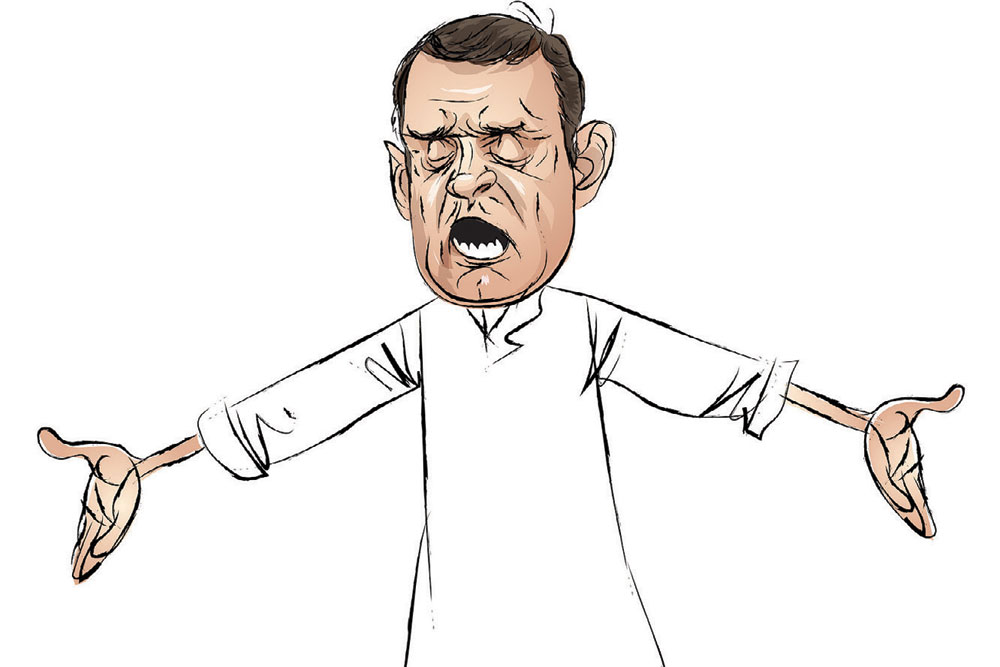 
At a recent Congress meeting, Rahul Gandhi asked those assembled how many of them drank alcohol. Most were too embarrassed to reply. Suddenly, Punjab leader Navjot Singh Sidhu said that in Punjab everybody consumed alcohol, and many took drugs too. The meeting’s subject had, in fact, been how to improve membership (the quality of members) of the party. On the Congress application form, there is a question about whether applicants took alcohol or other addictive substances. In 2017, Rahul had asked whether this clause needed to be kept since everybody would lie. But senior leaders had said it was an offshoot of Mahatma Gandhi’s philosophy and deleting it would invite a lot of criticism. Evidently, that is not changing even now.

Prashant Kishor recently criticised Rahul Gandhi at a meeting and someone leaked the video which went viral. Kishor had said Rahul’s major problem was that he thought he could be prime minister without doing anything. That he would be the natural alternative in the opposition space to the Bharatiya Janata Party (BJP). But Kishor believes it is very difficult to replace BJP which may be here for decades. One, therefore, needs to fight to remove the party from power. It is said Kishor is not happy with how Rahul operates. He had attended a couple of meetings in the Congress war room after the party made him a member of the strategy group but realised Rahul was not ready to listen to his recommendations. And so he had left. He is still upset about the leak.

Not just in Uttar Pradesh, Priyanka Gandhi has become active in Rajasthan Congress too. She is in close touch with Sachin Pilot and has advised Congress in-charge of the state Ajay Maken that leaders from the Pilot camp should be given due importance in all political appointments. A reshuffle in the Rajasthan cabinet is also overdue, maybe after Diwali. Chief Minister Ashok Gehlot met Priyanka recently and it was decided that legislators and those who contested the Assembly polls should not be adjusted in political appointments. Instead, common workers and leaders who could not get tickets should be favoured.

Pulok Chatterji used to be private secretary to Sonia Gandhi when she was the leader of the opposition. He was also principal secretary to Manmohan Singh when he was prime minister. Chatterji, now retired from the bureaucracy, stays outside Delhi, near Ghaziabad, though he comes to 10 Janpath frequently to interact with Sonia and even Priyanka Gandhi. While he enjoys a laidback lifestyle of travelling and painting, word is he is also someone Sonia consults on the 2024 General Election strategy. He thinks Congress should have a fresh engagement with regional leaders, which Rahul Gandhi could start. But will Rahul, who is not close to Chatterji, listen?

For the forthcoming Punjab election, the big question is whether BJP will make an alliance with the new party of former Chief Minister Amarinder Singh. If there is a seat adjustment, how many seats would BJP be willing to give him? Amarinder thinks his should be the dominant party in the alliance, but BJP might not agree. Their Punjab in-charge, Union Minister Gajendra Singh Shekhawat, is in touch with the former chief minister for a joint plan of action. They wanted informal agreements so that when a formal announcement of the alliance was made, there would be no public rifts.

Amit Mitra didn’t return as finance minister of West Bengal but he remains Chief Minister Mamata Banerjee’s man Friday for all things related to finance and economics. He is an economic advisor to the West Bengal government and a guiding force for the state’s revival. He is said to have the chief minister’s ear on how to take the state’s development forward. 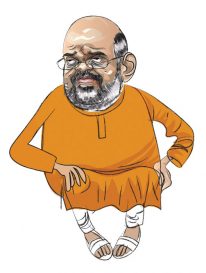 There was a lot of speculation as to why Union Home Minister Amit Shah had not been visiting Uttar Pradesh (UP). Prime Minister Modi had gone two or three times and inaugurated some projects as well. Ultimately, Shah, too, went there and rumour has it Modi wants him to take full command of the election campaign in the state. Shah had scripted the UP success story the last time round and understands the state’s electoral dynamics better than most.

Prime Minister Narendra Modi had proposed all elections be held together, but with many states opposing it, the idea never got traction. The headache of relentless elections is now becoming apparent with the Election Commission (EC) being always busy. There were as many as 30 Assembly and three Lok Sabha seats that went to polls recently in states ranging from Bihar and West Bengal to Madhya Pradesh, Rajasthan and Telangana. Likewise, there are elections to Rajya Sabha, too. And then there will be full Assembly elections in many important states like Uttar Pradesh, Punjab and Uttarakhand. The EC is thinking of calling an all-party meeting to again discuss the issue of one election for the country so that parties can concentrate on development issues the rest of the time.

BJP in Karnataka has become embroiled in a narcotics controversy. Actress Ragini Dwivedi had been arrested in a case related to drugs, but the opposition Congress is alleging that she is close to several BJP ministers and campaigned for them. The party is also alleging that many BJP leaders are involved in the case. BJP has denied this but RSS is said to be unhappy about the allegations and is asking how she got so involved with the party.