Protests are society’s pressure valve. The problem begins when small-group interests trample upon others’ interests 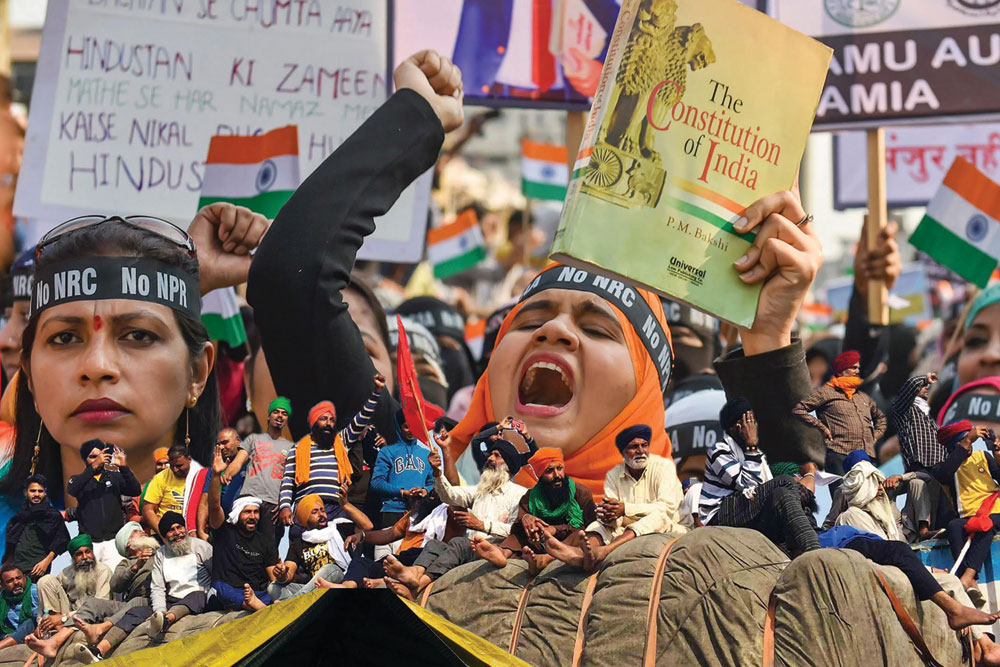 
Protest as a concept is as old as humanity. From the most primitive community to todays’ large nations, protest has been used by people with increasing frequency to demonstrate displeasure publically. All of have at some time in our life protested against what we believed was unfair treatment meted out to us by our parents, teachers, employers, government, etcetera. Its most basic meaning according to the Oxford Dictionary is, ‘The expression of disapproval of or objection to something.’ We often think agitation is analogous to protest and often use both interchangeably. However a lot has been achieved when protests have been used purposefully.

Protest is a natural human trait. In any formal or informal grouping, from a family to a political dissent, disagreement and disapproval has been expressed in a myriad ways. As children protesting against going to school, not eating a food we don’t like and so on is an experience we all share. As we grow up these protests take other dimensions. We wear certain clothes as a protest against parental or societal restrictions. There is hardly anyone who has not been a part a protest in college or university. In those spaces, with political awareness we protest on ideological grounds. Again the act of rebellion, social or political, is not necessarily the same though often we presume it to be. Karl Marx’s class struggle, Mahatma Gandhi’s civil disobedience in his struggle for India’s freedom, Martin Luther ‘s fight against racial discrimination and several protest movements against (Vietnam) wars, Emergency in India or the dismantling of Berlin wall—history is replete with innumerable examples where protest has led to dramatic changes. The most recent example are farmers’ protests in India. Somewhere like the assault of the Capitol building in US, the farmers too have overstretched their purpose.

Artistic expression through writing, music, films and other forms has often used protest as a leitmotif. Whether Dylan’s or Pink Floyd’s songs, Faiz’s or Dushyant’s poetry, Andrea Sarzig’s or B Jacob Lawrence’s art, or Spike Lee’s or Ava Duvernay’s films, or novels by Harper Lee or William Golding—artistes over centuries have used their creativity to protest. Often protests are against establishments and governments but some of the most well known movements have been against social practices and political and economic exploitation. Protest is not confined to democracies. Some of the most notable protests were against totalitarian regimes. The famous Apartheid struggle in South Africa led by Nelson Mandela and the Tiananmen Square protest are two examples. More recently many countries in Africa ruled by despots have witnessed widespread unrest triggered by unorganised protest movements.

What is the philosophy of protest? Is it to assert an individual’s right unconditionally? Is it an expression of disgust against a particular state of affairs? Or is it to ask for a change in a status quo? Or is it a boycott of a system? Actually any of the above acts may be a form of protest. Civil disobedience, one of the most common forms of mass protests, has its modern origins in the writings of a 19th century American writer-philosopher. In a way, anarchists were the first protestors. Of course, Karl Marx and his followers took anarchy to another extreme of total renunciation of the establishment. Mahatma Gandhi and many others like him followed a middle path. They made non-violent resistance to oppression and their fight for freedom through civil movements into the archetypical protest form of the 20th century. The suffragette campaign in the last century and the ongoing fight against caste system in India are similar examples. Anti-war movements across the world are protests which have galvanised public opinion leading to change.

In an article in 2018, German political scientist Christian Volk raises interesting questions, ‘Radical democratic thought emphasizes that there is no democracy without an active, rebellious citizenry as well as creative, strong protest movements. Bureaucratization, the juridification of politics, the change of form of parties and political institutions have contributed to the disappointment of the citizens about the political everyday life. One consequence is political apathy among broad social strata; the other consequence is the search for new forms of political expression beyond established channels. The latter insight is the result of updating the central components of radical democratic thought. This perspective allows us to interpret protest as a struggle for experiencing political action (i.e. its creative power, its communality and solidarity), for redefining when, where, how and who may legitimately speak in matters of politics, and for establishing a counter-hegemonic discourse.’

A protest is not a revolution. Nor is it an insurgency. It is against something not for something. When advocacy groups and political parties hijack a movement to further their own politics by inciting people then it becomes a call for action for a political cause. A demonstration is not always a protest. Nowadays, people use protest to mean the opposite of what actually it is. The very purpose of a protest is lost when it tries to promote one set of ideas and policies over another. Polemics and ideological fights are not an expression of displeasure but condemnation of an opposing school of thought. Often interlopers jump in to seize a moment during a protest. Their agenda is usually at cross-purposes with the original protestors; the former superimpose their thinking on the latter.

In his article ‘The Syntax of Resistance’, Geoff Nurnberg wrote that a social change can announce itself in the dropping of a preposition. It used to be that when you used the verb ‘protest’ to mean ‘object to’ you had to add ‘against’: ‘She protested against her mistreatment.’ Then in the early years of the 20th century, Americans began to drop the preposition and say things like ‘He protested the government’s policy’. We have seen individuals successfully running a protest campaign. Media, and increasingly social media, is the tool most used by protestors today. They are eager to catch public attention in a moment. The use of friendly media to manipulate reportage have all made protest a much abused means of showing disapproval of attitudes and policies.

What started as a vehicle of resistance to a regime or policy and horrible social evils is now a tool of political one-upmanship. Civil disobedience, so effectively used by Gandhi, King and Mandela has given way to shrill political dialectic. While the arts, especially music and film, have retained some of the essence of protest, politicians have reduced it to a mere mode of political goal-scoring. There is a difference between insurgency, a modus operandi supported by extremists, and articulation of dissent and peaceful disagreement. Another danger is that protests often get out of hand. Violence supersedes what is essentially a peaceful exercise.

Writing in The Atlantic in June 2020, sociologist Zeynep Tufekci asked a pertinent question: Do protests actually work in this day and age? As she elaborates, ‘In the short term, protests can work to the degree that they can scare authorities into changing their behaviour. Protests are signals: ‘We are unhappy, and we won’t put up with things the way they are.’’ Unfortunately when protests are used by politicians to score political points the general public is less swayed. Now with technology tools like social media, internet and other digital communications turn resistance movements, disapproval and dissent voices into mere anarchy.

Agitation which is often confused with protest differs dramatically from the latter. Agitation and its various manifestations like demonstrations, strikes, picketing, blockages, arson and rioting can be for a just cause or otherwise but is more often than not cause for turbulence. Agitators are less bothered about public inconvenience or the concomitant fallout for innocent citizens as long as it serves their cause. While opposition is a common theme of both protests and agitations the latter is usually in support of belief, law or even faith. All political systems face both forms of collective angst but a protest principally is non-violent. We should also remember peaceful actions like candlelight vigil, peace march or public gathering.

The culture of protest has a long history and is one of society’s pressure valves. The problem begins when the interests of a small group is allowed to outweigh the interest of people at large. Perhaps it’s time to reinvent protest itself. Used judiciously protest becomes the foundation of change. Dissent without responsibility is as unjust as governance without empathy. As it is important for governments, especially in democracies, to allow protest as a legitimate tool of expressing disapproval by citizens, it is equally important for people at large to understand that any protest should not impinge on the rights and freedom of others.