David Gilmour: ‘The Raj-bashers are oversimplifying a long and very varied period of history’ 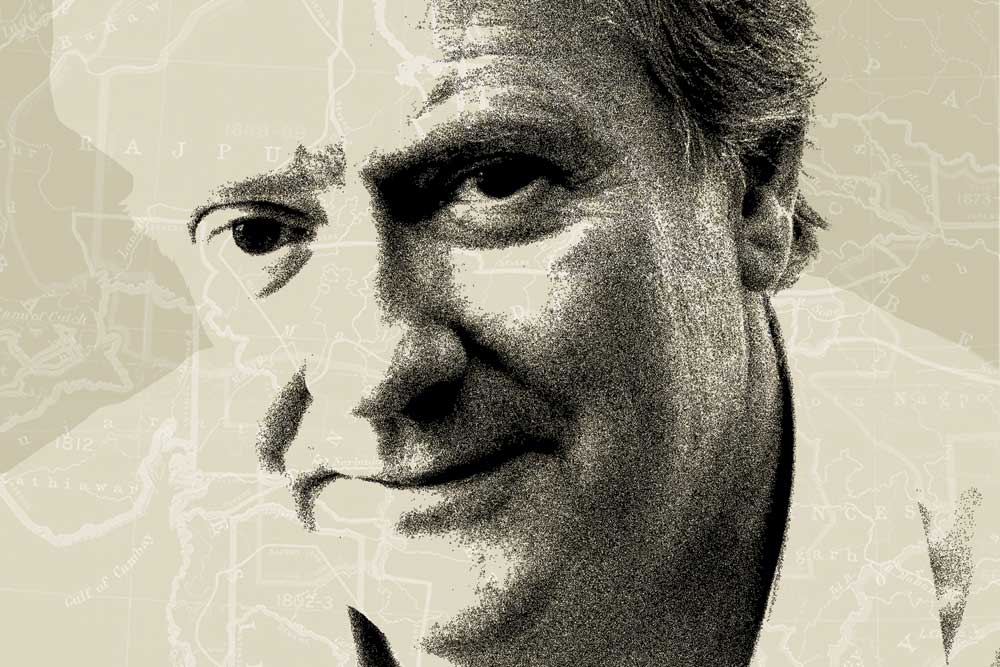 Paul Scott began his career in the imperial army before he became a novelist. Looking back, he would write with a touch of nostalgia about his overseas posting: ‘India was also my home. It is difficult to describe but I think in a curious way India in those days was every English person’s home, even if it had not been visited. Because we ruled it and benefited from it, it contributed to our well-being and upbringing. It was mysteriously in our blood and perhaps still is.’ We read this early in the pages of The British in India: Three Centuries of Ambition and Experience (Allen Lane, 640 pages, £30), the English historian David Gilmour’s book of life stories that remained untold even as the Raj continued to dominate the lately fashionable retelling of the colonial past as a linear—and surprisingly uncomplicated— story of the oppressor and the victim. Gilmour, who had previously written about the lives of Lord Curzon, Kipling, Giuseppe Tomasi di Lampedusa (of The Leopard), is on a different track here, and if you are tired of the Dark Age of the Raj, told mostly with ahistorical imprecision and politically useful nationalist rage, this is your book, though rhetoric is not a part of Gilmour’s art. As he places himself within the grand architecture of history, it is not the tall figures, the destiny-deciders as painted on the wall murals of memory, but the little men and their crazy attitudes that fascinate Gilmour. He is a master of minutiae, navigating the back alleys of the Raj in search of ordinary lives, among them every variation of the exile, stretching from the tragic to the romantic. In his own words, ‘Complexity of motive is a theme permeating this book. British people might be imperialists yet decide on a course of action because religious, emotional or other factors outweighed their imperialism.’ So every passerby in this Raj story is a Quixote, and his adventure defies the moral certainties with which some of us read our unpleasant past. And they were all caught in a clash of cultures, certainly, and the outcome was not as simple as a looted civilisation, and you don’t have to be an apologist for colonial greed to admit that. ‘The British did not ‘teach’ Indians liberalism—which had a long-standing, if fitful, tradition in India already—but in the nineteenth century they took certain decisions on matters of law, education and the English language which made it almost inevitable that an Indian version of it would be adopted on the Subcontinent,’ Gilmour writes. Still, his achievement here is not as an apostle of noble imperialism but as a chronicler of displaced lives, their longings and loneliness, their greed and gratitude, and the rewards and futility of their pursuit. You find them in roles as varied as soldiers and civil servants, decadents and drunkards, hunters and foodies, loafers and artists, riders and shoppers—as characters portrayed to perfection by a social realist. As a storyteller and psychographer of a past that never ceases to animate our imagination and muddle our perception, Gilmour reminds us that history is more than a marketable morality tale. The British in India tells us that a passage to the past is more rewarding if we are a bit more interested in the lives of the winners whose names don’t find a place in the big books of history.

The British in India is a book of individual stories. And among them individuals who don’t get a place in the grand sweep of history. How did you come to this way of retelling the story of the Raj?

My previous books on British Indian topics were biographies of a viceroy (Lord Curzon) and a famous writer (Rudyard Kipling), and a study of the Indian Civil Service in the 19th century. I thought it was time to write about less exalted people.

“The chief British problem with Hinduism was incomprehension rather than bad temper. Few Britons took the trouble to try to understand the religion”

Beyond the rhetorical image of the colonial exploiter, I find in most of these individuals a sense of the tragic and the futile. Were you looking for such stories?

No, I wasn’t. But you are right, many of the individuals were as you describe.

Shall we call their fate ‘the untold little stories of the Raj’?

Is history, at its best, storytelling? Is it so for you?

Usually, but certainly not necessarily. I think biographies should be chronological— they have an obvious beginning and an end—but in this book I have used a thematic approach, although the themes are supported by quite a lot of stories.

Is it that you are compelled to tell the social history of the Raj?

Compulsion is perhaps too strong a word, but I certainly wanted to write about the Britons who were in India by accident, often reluctantly, and not to concentrate on that minority who went out to conquer, administer or enrich themselves.

A social history, shall we say, powered by romantics and exiles, fortune hunters and pure professionals?

How does a sense of belonging reconcile with racial prejudice in such people? For most of them, after all, the land was a romance, but that didn’t extend to their treatment of ‘the natives’. Do you find a contradiction there?

The issues of racial prejudice and treatment of ‘the natives’ vary according to the periods of British control. Before 1800, there was much less prejudice than in the following century. British men often had Indian wives and were more receptive to Indian culture than they subsequently became.

Or is it that the English approach was explained by a Christian cultural contempt for Hindus?

Yes, certainly from the early 19th century, after the coming of the missionaries and the evangelicals. Nirad Chaudhuri wrote that when the British mind came in contact with the Hindu mind, it ‘completely lost its temper’. But I think the chief British problem with Hinduism was incomprehension rather than bad temper. Few Britons took the trouble to try to understand the religion, and many were repelled by the idols and sculptures and the multitude of gods who seemed unintelligible. Even EM Forster, who was naturally well-disposed towards Indian cultures, said he found the ‘Hindu character almost incomprehensible’.

Your book comes out at a time when Raj-bashing has become rhetorically fashionable. The natives are writing back to the colonial looter, so to speak. But you prefer to keep away, apart from a few lines in the end. What is your answer to those who call the Raj an era of dehumanising colonial horror?

I would say that they are oversimplifying a long and very varied period of history. There were of course horrors, especially during the Rebellion of 1857-8, but there were positive and humanising things as well. For decades in the 20th century, Henry Holland and his two sons ran mobile eye-camps covering 2,000 miles from Kashmir to Baluchistan. When the family received an international medical award in Manila in 1960, they were credited with saving the eyesight of 150,000 Indians.

“Eric Hobsbawm was a fine historian, but he would have been an even better one if he had not remained a communist. As a liberal myself, I naturally think that liberal historians are more honest and objective than others”

Would you say that what India gained from the Raj—in terms of education, governance and law—outweighs what India suffered? Was British imperialism a civilising influence on colonies such as India?

These questions call for the sort of judgements that I am unwilling to make, and the verb ‘outweigh’ requires a toting up and balancing of pros and cons which should not be the job of an historian. But I would say that in the fields you mention, the early political leaders of Independent India decided that the structures of the judiciary and the administration which they inherited were good enough for them to retain. As for education, I think the spirit of the universities, combined with the existence of a free press, did much to foster the idea of liberal democracy in India.

Is it necessary for a historian to pass verdicts on the past?

No, absolutely not. Historians should narrate and explain the past and leave it at that. You do not need to pass a verdict if you have fairly described an event.

You write about the dangers of ‘judging the past from the zeitgeist and morality of the present’. But history continues to be manipulated for political purposes of the day. Is this happening to the history of the Raj, too? Is it an ahistorical exercise?

Yes, history is always being manipulated and rewritten for political purposes, especially by nationalists, as we see today in Europe—in Scotland and Catalonia. So-called ‘patriots’ are exalted, their achievements exaggerated and distorted, just as their enemies are mocked and denigrated. Nationalist history always does this—in India also.

Do you think history will remain a disputed site in societies without national confidence?

Yes, but also in societies that do possess national confidence—and these are increasingly rare in the world today.

Can a historian with a political agenda be an intellectually honest chronicler of the past?

I think it is difficult, especially if the historian is a nationalist. No doubt it is possible for Marxists to write honestly about ancient history, but not if their subject is the 19th or 20th century. Eric Hobsbawm was a fine historian, but he would have been an even better one if he had not remained a communist. As a liberal myself, I naturally think that liberal historians are more honest and objective than others!

In the end, was ‘the white man’s burden’ worth the effort?

This is of course an impossible question to answer, and ‘the white man’s burden’ is a highly emotive and often misunderstood phrase. If we stick to Kipling’s real meaning (‘To seek another’s profit/And work another’s gain’), and provided we remove from it any feeling of racial (as opposed to cultural) superiority, then maybe it was. Kipling was not writing in this poem about exploitation or imperial power, but about altruism, the importance of wealthy societies helping poor societies, to ‘fill full the mouth of Famine/And bid the sickness cease’. In a world without United Nations agencies and the World Health Organization, I think it was right for the richer countries to try in a Christian spirit to improve the lot of the poorer ones. Maybe they were not often successful, but that, as Kipling liked to say, ‘is another story’. 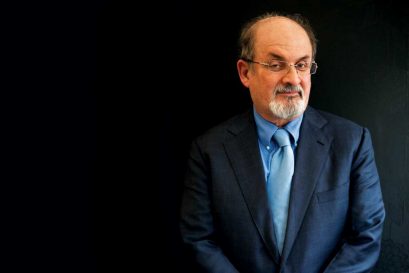 “That the world that you knew, and that in a way made you— that world vanishes. I don’t think I’m alone in that,” says Salman Rushdie 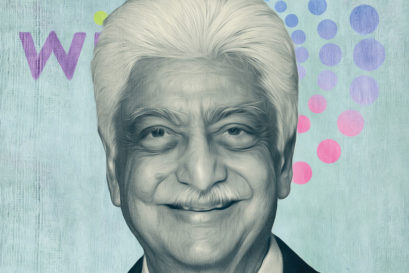 Azim Premji: ‘Being rich did not thrill me’

And I strongly believe that those of us who are privileged to have wealth should contribute significantly to try and create a better world for the millions who are far less privileged, Azim Premji, Industrialist and philanthropist, tells Anil Dharker 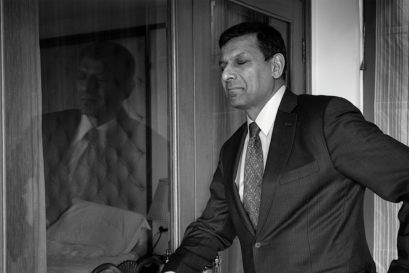