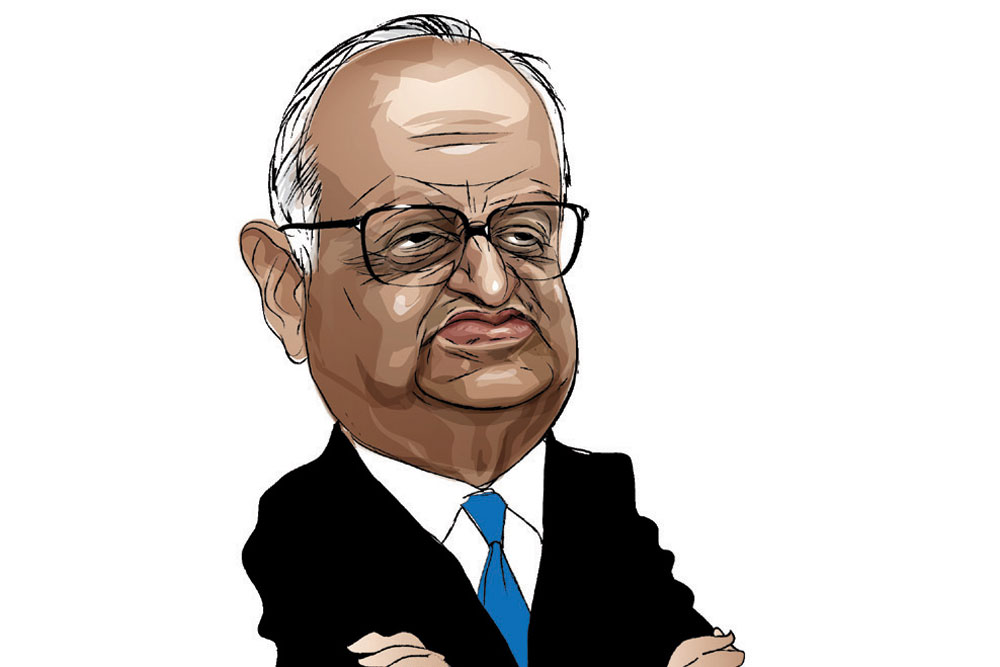 
Who is Prime Minister Narendra Modi’s economic adviser now? Is it Jagdish Bhagwati? Once upon a time, it was thought this man from Gujarat was Modi’s mentor in all matters economic. But in the last few years, that perception has changed. Arvind Panagariya too has left NITI Aayog. Rajiv Kumar, the vice chairman of NITI Aayog, is now publicly critical. So the buzz in North Block is former RBI Governor Bimal Jalan is exercising his ‘invisible hand’ in advising Modi. Apparently, it was on his recommendation that the RBI recently transferred Rs 1.76 lakh crore to the Government. He is also known to have contributed significantly to the Union Budget in July. Rumour has it that he was also not happy with former Finance Secretary Subhash Chandra Garg’s ideas on economic reform. For one, Jalan shares great rapport with Principal Secretary to the Prime Minister, Nripendra Misra, whom he refers to as “Nippi”. And though never a BJP man, he now has the PM’s ear.

Diplomacy attaches great significance to symbolism. Preparing the itinerary of a head of government is no pushover either. So as Prime Minister Narendra Modi recently did a round trip of Paris from the Gulf, a lot went into finalising his tour. Though France was hosting the G7 Summit this year, French President Emmanuel Macron invited Modi as a ‘special guest’—despite India not being a part of the G7 grouping. Even though it was difficult to get a full day before the summit since Modi had commitments in the UAE and Bahrain, the babus ensured travel pain didn’t get in the way of business. The trip gave Modi a head-start over Pakistan Prime Minister Imran Khan’s global outreach on Kashmir. The Prime Minister also received phenomenal support from Russia at the United Nations Security Council. After all, he will be meeting Russian President Vladimir Putin in the first week of September in Russia. 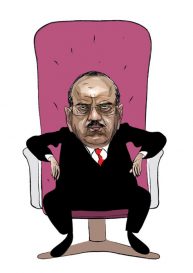 In Shiv Shankar Menon’s time, the National Security Advisory Council (NSAC) was known to be more academic but today, NSA Ajit Doval has made the body operationally more effective with an expanded team of experts headed by PS Raghavan. Then there are former Intelligence Bureau man Ravi Joshi, Pakistan expert Tilak Devasher, former Armyman Subrata Saha, among others. However, prior to taking on such responsibility, these men were bound by oath not to disclose any information pertaining to what transpires within the walls of the NSAC. And in case of any breach, the punishment will be 25 years’ rigorous imprisonment. At present, they may be mulling over Pakistan and Kashmir. Even hazarding a guess is dangerous.

From environment to water ministries, CBI to NTPC headquarters, the CGO Complex in Delhi is home to numerous government buildings. And public sector employees make the most of the centrally located environs by prolonged post-lunch walks. It’s an infectious baton that seems to have passed on to the new-generation government employees as well. As a minister in the complex claims, walking to burn calories is a trend solidified by Narendra Modi’s unflinching support to fitness through yoga and his advice over Mann ki Baat.

In many ways, Bharat Lal is Prime Minister Modi’s go-to man. A forest service officer and former resident commissioner of Gujarat, Lal is a Modi confidant. In 2014, when Modi became PM, Lal became his secretary, but later joined Rashtrapati Bhavan as joint secretary. There, he was seen as the main bridge between Modi and President Kovind. Lal is now back as additional secretary in the new Jal Shakti Ministry. After cooking gas, toilets and housing for all, Modi’s pet project is now water—and Bharat Lal is bound to make every drop count.

P Chidambaram is in CBI custody. Chidambaram had thought he might get bail but the CBI court put paid to his hopes. Although he smiled for the cameras, he was very agitated. At the CBI headquarters, Chidambaram even refused dinner that first night. In the ground floor pantry at midnight, tea and biscuits were ready and waiting, to be served in nice white crockery. Even as the CBI began its questioning of the former finance minister, the Bureau’s hospitality desk prepared a good menu for him, both vegetarian and non-vegetarian. There’s unprecedented security in front of the CBI offices now, with cars being rerouted too.

On Singapore Home and Law Minister K Shanmugam’s recent visit to Delhi, it was revealed that the city state wants to invest in Kashmir. In fact, Home Minister Amit Shah was told that the Singapore government is considering sending a business delegation to Kashmir as soon as October. This calls for sustained peace in the Valley—a big challenge for the Modi Government.

Prasar Bharati, in the good old All India Radio building on Parliament Street, has a splendid archive of vintage music and speeches—from sitar maestro Ravi Shankar to filmmaker Satyajit Ray. Adjacent to the reception, the Ministry of Information and Broadcasting has inaugurated a sale counter vending CDs and DVDs of yesteryears. It is a goldmine that even hawks vernacular multimedia—think Tagore songs in Bengali or the aarti to Lord Jagannath in Odia. It is a large shop with decent sitting arrangement in air-conditioned comfort—only customers are missing.

Communist parties are supposed to be the vanguard of the masses. Now that the Party in West Bengal is in financial distress, with huge expenses but no income, comrades ought to be more pedestrian, in a literal sense. The Party has decided that its district leaders will use buses and forego the Party car. In an emergency, a taxi can be availed, a privilege allowed to senior leaders only. The Kolkata district committee has 17 cars, North 24 Parganas has 6 and South 24 Parganas, 4. The Party is selling these. The Party has gone walking class.