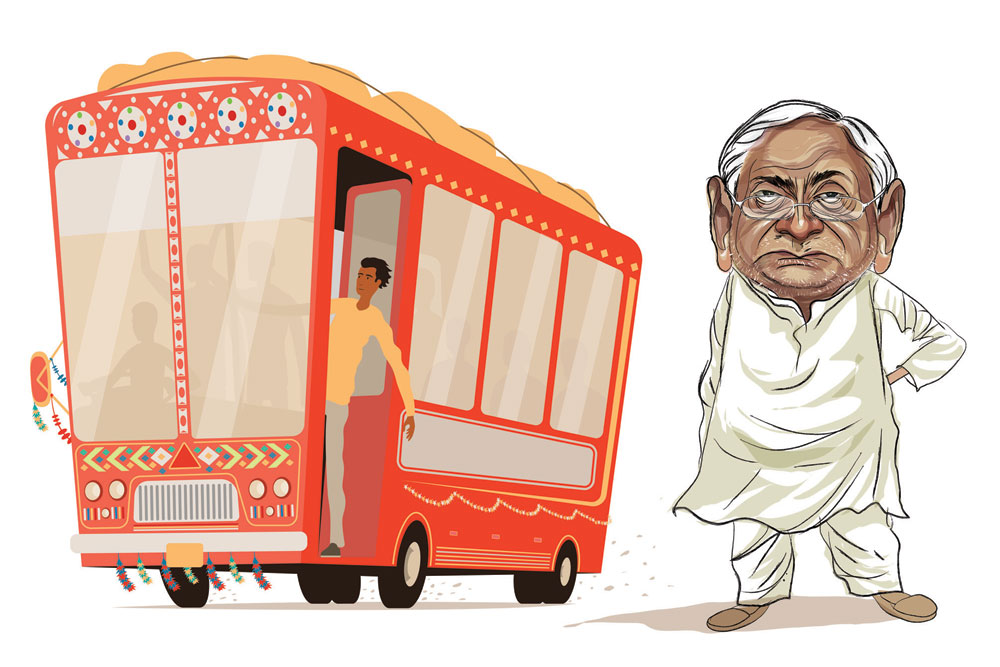 
Bihar Chief Minister Nitish Kumar is known as a shrewd and patient politician. But even his followers are mystified at his intransigence in bringing back migrant workers, even as other states are showing some sense of urgency. Why is Nitish not ready? He apparently thinks that it will harm the workers in the long run. There is a huge number of Biharis working in several states in unorganised sectors. Nitish thinks that they would lose their jobs if they returned home. Once the lockdown ends, employers would hire others. Nobody would wait for their old workers. Also, in Bihar itself they would strain the government’s meagre resources which are already stretched. On the other hand, not displaying adequate care for Bihari labourers could cost Nitish votes. It is a Catch-22 political situation for him.

With so much power concentrated in the Prime Minister’s Office because of the pandemic, Narendra Modi’s Principal Secretary PK Mishra is turning out to be the most powerful bureaucrat in the country. He has a Cabinet minister’s rank, something which the Cabinet Secretary, who is the head of the bureaucracy, does not have. The Prime Minister’s two advisors, Bhaskar Khulbe and Amarjit Singh, appointed in February, are said to be PK’s men. RBI Governor Shaktikanta Das is a close family friend. The key
positions in the top bureaucracy are intimately connected to him and he has a say in all matters in which Modi takes a personal interest.

Minister of State for Prime Minister’s Office Jitendra Singh has been given a new assignment—to bust fake news related to the coronavirus. When there were stories about the Government bringing down the retirement age, Singh said there was no such proposal. Actually, the Prime Minister had once said that the performance of Government employees would be reviewed at the age of 50. It was a new appraisal approach for better governance but political adversaries might have tried to twist it into an exit policy. And then there were other stories about income-tax hikes and Dearness Allowance cuts, all of which were clarified by Singh. 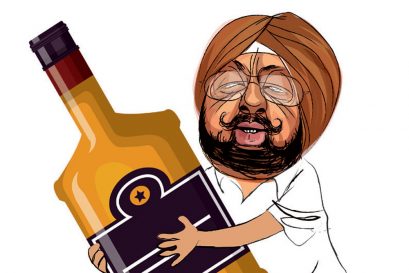 There is a lot of pressure on state governments to open wine shops and restart sale of liquor. But the Centre is firm on not doing it at present. States are incurring a huge loss of revenue as a result. Excise is one of the few direct revenue streams for states and the more wine shops remain closed, the greater their distress. Publicly, however, no chief minister except Punjab’s is demanding sale of alcohol given the political incorrectness of it. A fresh proposal is to at least start online sale of liquor. The Centre still remains unmoved.

BCCI president and former India cricket team captain Sourav Ganguly is doing a lot of social service during the lockdown. He is distributing relief material to poor people in West Bengal, often through ashrams of Ramakrishna Mission and ISKCON. Interestingly, the Bharatiya Janata Party’s West Bengal unit is giving lots of publicity on social media to his activities. It has led to people again speculating about Ganguly joining the BJP.

Who is the opposition face from the Congress when it comes to the pandemic? Is it Sonia Gandhi or Rahul Gandhi? While there is gossip that Rahul is returning to head the Congress soon, Sonia is very active in writing letters to the Prime Minister on issues related to the lockdown. And some in the Congress grudgingly concede that the Prime Minister has been addressing the suggestions. A demand in one letter was an economic package for MSMEs and the Union Minister in charge of the sector, Nitin Gadkari, has also said a package is imminent. 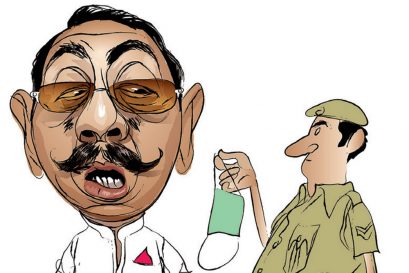 While the Rajasthan model for containing the pandemic might be coming in for praise, the state’s tourism minister, Vishvendra Singh, is in a spot. He was moving about without a mask in Jaipur and meeting people. It led to a shrewd senior lawyer going to the police and lodging a complaint. More than 10 ordinary citizens had been arrested for the same offence in the city’s red zone and the lawyer wanted the minister to be given the same punishment. Singh, who is very powerful in state politics, would not even
express regret. The lawyer then told the media that he had received two threatening phone calls and that he would approach the high court if the police didn’t take action.

Prime Minster Narendra Modi is said to be none too pleased with the Chinese Covid-19 test kits showing large errors. While he does not want this to detract from the war against the pandemic, two internal inquiries are reportedly on. The first is to find out whether there was any corruption involved, as alleged by the opposition. The second investigation, being handled by the National Security Advisor, is on the role of China in this deal.

Small traders have taken a huge hit because of the lockdown and that is not good news for the BJP, which sees them as a strong vote bank. Traders’ associations associated with the party came to the leadership to bail them out in the crisis. Several BJP and RSS leaders are in close touch with the Prime Minister over the issue. Recently, the home ministry issued orders to open up some business sectors and that was said to be under party pressure. 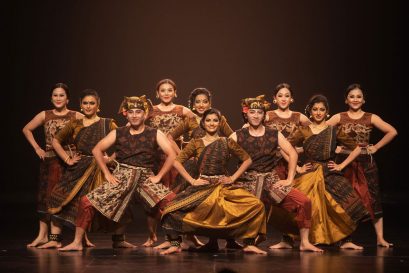