India’s traditional architecture made amends for its violations of nature 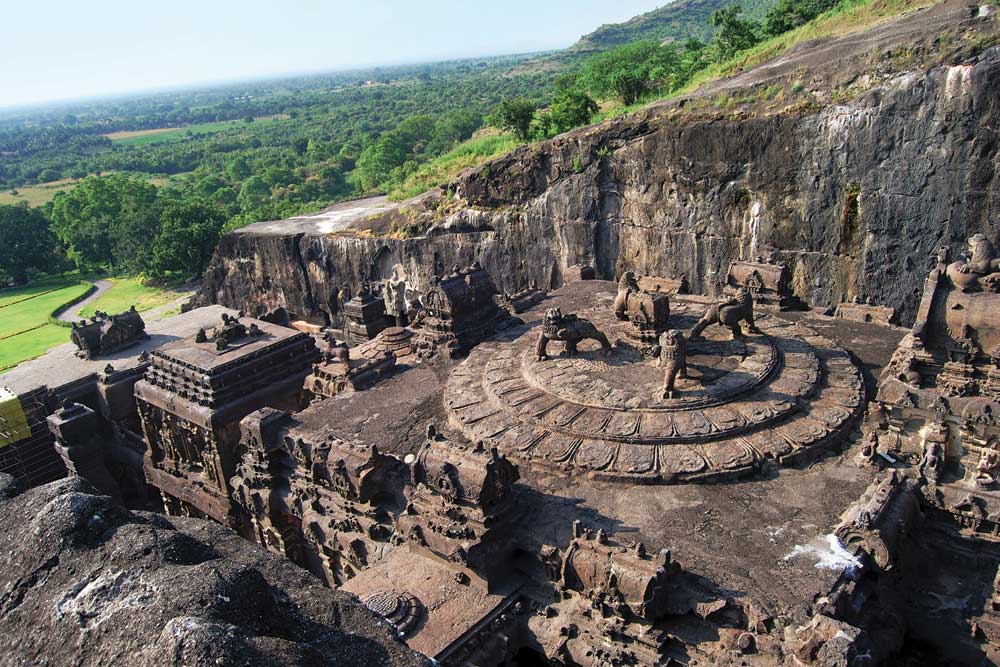 ‘EMPTY FRUIT HUSKS in the shape of cups, like coconut shells, may have existed for a long time, but were thrown away heedlessly,’ wrote Elias Canetti in his masterly study of collective impulses and individual syndromes, Crowds and Power (1960). ‘It was the fingers forming a hollow to scoop up water which made the cup real.’ To make tools is to assert our ability, as a species, to produce what we desire rather than merely to receive nature’s offerings, and so to define ourselves and our purposes. In this spirit, to build is to enact a harsh and definitive separation of the human subject from the natural matrix. The breaking of ground, the planting of the cornerstone—all architecture begins with these foundational and self-assertive acts of violence. The earth is disembowelled, fields and forests are cleared, rivers channelled, and fire harnessed to shape clay and metal, so that built form can rise into the sky. By the time the master builder has completed his project, every trace of the connection between the natural and the constructed will have been wiped out. To create buildings is to destroy nature, whether we make mud huts or glass towers, thatched roofs or cantilevered ones.

But sometimes architecture remembers what it has destroyed. It confesses to ecocide through a dance of what was shaped and what was sacrificed: inside and outside, closed and open, decisive sight line and elusive vista. It attempts to atone for what was sacrificed to the triumph of built form, through the symbolism of its ornamental programmes: foliage rendered and forest clearings evoked in stone, branching forms articulated in concrete, gestures summoning up Arcadian memories.

Traditional public architecture, especially when geared to play a sacred function, was far better at such gestures of confession and atonement than the secular, massified architecture of the present. This, perhaps, is why our ancestors achieved a far richer psychic and spatial experience of architecture than what most contemporary built forms can provide. An architecture that acknowledges and makes graceful amends for its violation of nature is finer and more vital than one that denies its crime.

Sanchi. Its broad-based, domed main stupa, seen from a distance above densely wooded bands of landscape, is the epitome of Buddhist architecture. The stupa recalls that basic unit of building, that simplest of memorials to the departed: a mound of earth. Its gates, sculpted over with flowing arboreal forms, memorialise the forest that was the original site of enlightenment, but has been cleared to make space for the monument to enlightenment. Kailasanatha. This grand Shaiva temple in Ellora was conceived as a symbolic version of Meru, the mountain at the centre of the world. Its ambulatories and subsidiary precincts, the channels for the lustral outflow from its sanctum sanctorum, and its outlying groves, taken together, simulate the topography of an imagined trans-Himalayan heaven. The Taj. The formal gardens, pools and canals of Mughal funerary architecture are a dream of paradise, which will hold the imperial dead in a long sleep until they awake on the Day of Redemption. Fantasies of minds parched by dune and rock, you might argue. But also a cosmic geometry, which trims the unruly forests, reins in the brimming waters. And a cosmic geometry, let us recall, subsumes both the stabilising patterns of order and the surging currents of vitality.

Kailasanath’s ambulatories and subsidiary precincts, the channels for the lustral outflow from its sanctum sanctorum, and its outlying groves, taken together, simulate the topography of an imagined trans-Himalayan heaven

To compensate for imposing themselves on nature, such traditional buildings or architectural complexes released themselves towards the natural world, becoming translations of what they had displaced: visionary atmospheres rather than brutal statements. Consider, for instance, how the magnificence of their overall scale is never imposed as bulk, but always distributed through an embracing cellularity of structure. Such buildings became archives of sensations, stages for enriching acts of encounter. They welcomed the visitor as participant both at the ceremonial and the secular levels, through ritual performance, circuitous exploration, or even temporary occupancy.

In our own times, this sophisticated approach to architecture has been affirmed and extended by such practitioners as Tadao Ando, Charles Correa and Zaha Hadid. I think of Ando’s Church on the Water (Tomamu, Japan,1988), with its exquisite adjacencies of water and glass, its near-unbroken planarity of floor and lake. I recall, with deep pleasure, Correa’s Jawahar Kala Kendra (Jaipur, 1992), which quotes the navagraha- mandala layout of its host city and orchestrates a supple flow of interior, exterior and intermediate spaces. I am exhilarated by the sweeping cascade of Hadid’s Napoli-Afragola High Speed Rail Station (Naples, Italy, 2003), where its users are also viewers and celebrants, descending from the roofscape concourse to any track of their choice, while the building flows as sinuously as a river cast in concrete and light.

But so little in massified contemporary architecture rises to these heights. What do the five-star hotel foyer, the merchant- bank lobby, the state-controlled financial or cultural institution and the media empire headquarters have to offer? Fountains strangled by marble. Potted shrubs held captive on dull terraces. The primordial alienation of architecture from nature is covered up with kitsch simulacra of what has been despoiled.

Although conceived as displays of power and prestige, such architectural misadventures reject the public participation that is essential to the fulfilment of spectacularity. They negate the visitor’s sense of transfiguring, joyous wonder in the miraculous. They express little more than the banal aspirations of the bureaucracies and managerial elites that have commissioned them, the hubris of nation-states and corporations. Such buildings are designed to overawe the public that is granted the privilege of entering them. They alienate people by enforcing an alternation of vast, blank concourses with stingily utilitarian points of contact. Visitors are encouraged to transact their business and leave as swiftly as possible, without making any attempt to form a sense of dwelling and belonging, however temporarily.

A similar impoverishment of spatial experience, arising from the inability to make graceful amends for the violation of the natural, afflicts much contemporary domestic architecture. The average urban apartment block cages its inhabitants and cuts them away from earth, water and sky. Except in those ambitious developer-driven estates that offer small compensation to the few in the form of lawns and swimming pools. By contrast, the traditional architecture of the ancient and medieval city ensured that the connection between built form and the elements was not wholly lost. The terrace, the courtyard, the atrium and the verandah marked the recovery of the open within the closed, or the gradual transition from openness to closure. At such thresholds of the dwelling, people could seek reprieve from the relentless demands and rituals of daily life in play, repose or community. They could rest, re-compose and prepare themselves afresh to face the challenges of living and working.

These spaces were pauses in the symphony of the everyday. They allowed us to half-glimpse the vast beyondness of the universe, to become inspired by whimsy, or by an incomprehensible impulse towards self-overcoming. These spaces used to remind us that we are winged creatures housed, only temporarily, in bodies anchored by gravity, held in place by the weight of a planetary atmosphere, confined behind walls and windows. ‘What are the myths of today?’ asked the architect Charles Correa in the Introduction to his landmark 1986 exhibition, Vistara: The Architecture of India, conceived for the Festival of India cycle. ‘It is difficult for us to see the forces that move us in our own lives. But when we come across a glass skyscraper in some new city of the Arabian Gulf, it is possible to perceive how insidious (and lethal) are the myths of downtown America. Look around India today. How much of our lives does not also involve this kind of superficial transfer? Tragic, indeed, for this to happen in a land that once conceived of architecture as a model of the cosmos.’