Titanic in a Water Tank

Guillermo del Toro’s The Shape of Water, a dreamy love story, is an outsider’s film that celebrates, in pure wonderment, the rewards of cross-cultural journeys 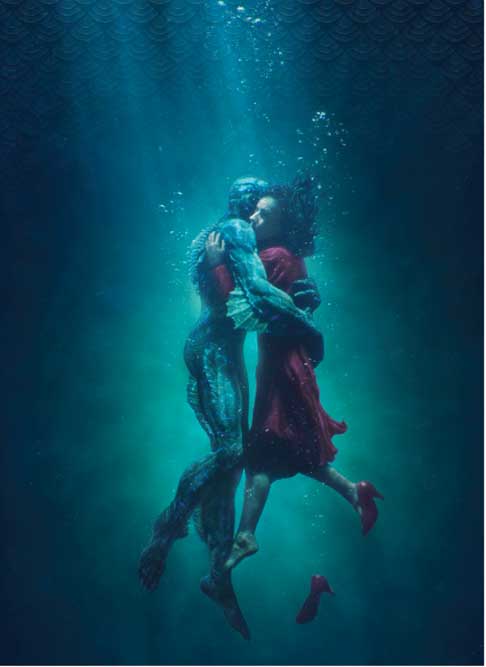 IT MAY BE an exaggeration to say that The Shape of Hollywood is today undergoing the kind of change that international fiction had gone through in the 80s. Then, the South American trinity of Gabriel García Márquez, Mario Vargas Llosa and Carlos Fuentes brought, through superb translations, a new sensibility to the art of storytelling— and to the story itself. El realismo magical is long dead, and in its homeland, where delusional dictators still aspire to be Simon Bolivar, it has been replaced by McRealism. Three filmmakers from Mexico—Alejandro González Iñárritu, Alfonso Cuarón and Guillermo del Toro—have introduced a dash of what could be called the applied aesthetics of magic to mainstream, Oscar-friendly Hollywood. We saw the Birdman soaring, an ageing performer struggling for vindication finally breaking free. We were enthralled by the Gravity-defying space drama. Both bagged Oscars. It was del Toro’s turn this year.

The Shape of Water, a dreamy love story, is an outsider’s film that celebrates, in pure wonderment, the rewards of cross-cultural journeys. The filmmaker has called it a “fairy tale for our troubled times”. A love story featuring a mute woman and an aquatic humanoid is packed with symbolism drawn from popular culture and politics. The Creature, the ‘Gills-man’ as someone called him, has been brought to a high-security, cave-like facility in Baltimore from the faraway Amazon. It is the alien. The monster, the despicable other—not an object to be loved, but one to be destroyed. It takes a cleaning woman, wordless and another creature from the lowest rung, to humanise the amphibious monster—and to bring him home. The facility is a fortress, brutal and paranoid, averse to even acknowledging the latent humanity of the unwanted. A film on the romance between incompatibles comes at a time when ‘Dreamer’ is the word for America’s illegal immigrant, and when the Wall is the solution to stop culture-contaminating, resource-depleting dreams.

Set in the early 60s, the romance has a Cold War backdrop, which brings the necessary Russian accent to the narrative. Smoke-filled conspiracy chambers. Stocky men in coats and hats. Gun shots in the rain. In The Shape of Water, the Russian plot twist has a vintage, cartoonish charm to it. It brings back memories of the good old Cold War thrillers—the hunt for the big secret. It is as if no American story—good, bad or ugly—can be told without Evil in a fur cap. The difference here is that the Russian is more comical—and eventually a martyr—than pure evil. The Great White American wielding the big stick reverses the idea of evil in del Toro’s fairy tale. In Trump’s America too, the Russian subplot borrows heavily from the Cold War playbook. Maybe what we need is an outsider filmmaker’s remembrance in sepia-tinted mise en scénes to make the present bearable.

The art of remembrance, as perfected by a fan and dissenter, is overwhelming in The Shape of Water. As a love story, it is Titanic in a water tank. It is Beauty and the Beast with a political subtext. And, oh yes, it is King Kong all over again, downsized to fit into the changing times. We are watching the wide-eyed del Toro in the world’s biggest hall of dreams that is America. He is the artist blessed and cursed at the same time. Blessed because he loved all those dreams, which in turn inspired him to dream. He realised freedom was expression—the sculpted fantasies of movies. He was at home, bewildered, grateful. Cursed because he has been told he’s getting cosier in the wrong dream. He has woken up to a new reality where an emotional covenant between the alien and the native is a corrosive feeling. He has been let down. Home is not what he thought it would be. He is angry, but he is still a dreamer, a fantasy junkie. The Shape of Water is del Toro’s alternative dream in an age where the original has been badly damaged. It is popular culture as remembrance and remedy. It is homage and healing. It is an invocation of vintage Hollywood as a way out. It is a reminder that del Toro, though disillusioned, is still indebted, and aware that his romance has a glorious backstory.

Water maybe shapeless, but the shape that transfixes us in the last scene, the shape of a breathing, beautiful sculpture of love in blue water, is the eternity of dreams, as in films and life. We are all mute when struck by such beauty.