The Second World War as India’s Other Freedom Struggle

India as the pivot of Asia’s security: Going to war with Srinath Raghavan 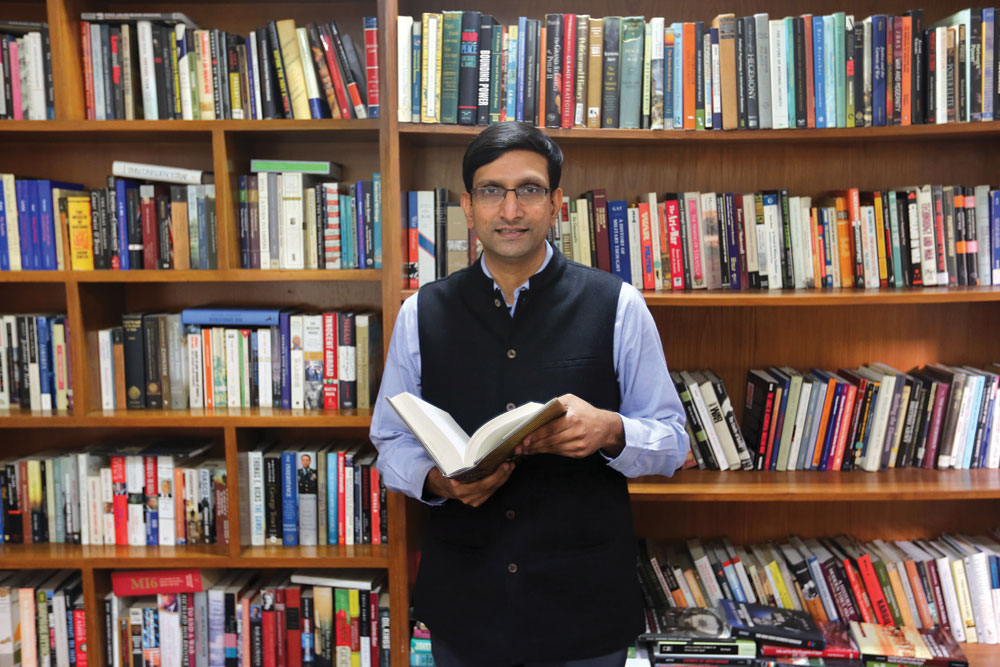 WAR IS THE bloodshed that national histories never overcome. It is the heroism with which both winners and losers measure their morality. It is war that has legitimised the geography we have inherited, for better or worse. It is where death, the sheer scale of it, is an honour foretold. War is the theatre where the leader builds his own mythology—and remains alive to pop the cork. It goes on, and as the great Athenian would have said, only the dead will see the end of it.

It has spawned some great writing, and great movies, too. War junkies may go ecstatic on classicists such as Thucydides and Homer, Clausewitz and Sun Tzu, all thinkers and poets of the battlefield. Is there an epic without a war, in any language? It is as if the past is the poetics of blood and glory.

Literature aside, in Western popular culture, war is an abiding—and bestselling—motif. There is no adventure film more adventurous than a war movie; the hero as a man in uniform, daring and dashing, is still a winning formula. The war movie as patriotism in action is still a Hollywood fetish. The history of the living, in the Western world for sure, is a narrative of moral heroism, or what we call the ‘just war’. Reading and seeing war is cathartic.

Here at home, we do not have much to read or see. War is not what makes the rustle when we turn the pages of our history books. And I am still not sure how much all those commemorative screeds we have seen over the last twelve years contributed to Indian war literature. I am not the kind who waits for the latest title in military history, but I am also not sure whether there is anything out there to wait for. Though I still find reading an Antony Beevor or a Max Hastings rewarding, both wonderful storytellers. Battlefields are beyond our pages.

Unless you are with someone as good as Srinath Raghavan (who also happens to be an Open contributor). He is unarguably our finest military historian. Like the best in the genre, he turns the battlefields of the past into pages where we read the backstories of our political existence— and makes history intimate and immediate. His first book, 1971: A Global History of the Creation of Bangladesh, was such a fresh blast of scholarship and narrative skill that it redeemed history writing in India from our academic— and ideology-driven—historians. The Subcontinent is a better-understood place after that book.

What strikes me first about his new book is the elegance of its understated, detached title: India’s War: The Making of Modern South Asia, 1939–1945 (Allen Lane, 554 pages, £30). It takes only the first few pages to realise that, in Raghavan’s hands, history is the site where the confluence of a handful of disparate minds changes the lives of others forever. It is still an unresolved philosophical question whether it is men who make history or it is history that makes use of men. It is the possibilities of this question that animate some of the finest writings of the past, as in India’s War.

As Raghavan tells us in the beginning, this is an ‘integrated’ narrative of a war that was India’s too. He sets the linear text of India’s participation in the context of a) its strategic and global imperatives as a regional power whose sphere of influence stretches from Burma to the Middle East; b) the idealism and expediencies of domestic politics; c) the social and economic aspects; and d) the human drama. This may sound prosaic, as précis invariably is, but this book is larger than its avowed intentions.

Every war begins with mind games, played by moralists, idealists and ruthless pragmatists. So, before India fires its first shot to defend the ideals of freedom and democracy (the irony is not lost on anyone), we see men, the coloniser as well as the colonised, setting the stage. We see the viceroy, Lord Linlithgow, ‘a distant and forbidding figure’ distrusted by the Congress and other nationalists, mobilising support by the familiar method of divide-and-dominate. We see Gandhi sharing the sentiments of the Englishman in spite of the visceral anti-imperialism of the cadre: ‘I could not contemplate without being stirred to the very depth the destruction of London.’ We see Rajagopalachari raging against ‘gangsterism personified’.

They are all formidable men, not swayed by the persuasive powers of the Empire but by their own conscience. When Subhas Chandra Bose dissents, it is the reckless romance of an anti-imperialist. When Ambedkar supports the war, we cannot miss the brilliance of his mind, and his worldview that admonishes any kind of injustice—the tragedy of Jews was unparalleled. The sophistication of the great communicator, Nehru, comes through when he links India’s own freedom to the idealism of the war over the extraterritorial horrors of Hitler.

A prologue like this, populated by such honourable men, is worthy of what follows: how the foot soldiers from India made the war that redrew the map and reimagined freedom as their own, even as they were shackled by the imperium they served. Raghavan, his authorial semaphore never shaky, takes us into the farthest and the strangest of battlefields—from Burma to Africa to the Middle East to Europe—to bring out the reach of what Nehru calls the ‘coils of war’. It strangles all before the last gun falls silent. A series of well- choreographed set pieces humanises the war machine.

The end of the war will hasten India’s freedom, though more blood will be shed before the Midnight arrives. What Raghavan achieves is something that shifts history from its familiar axis: the war of Europe is Asia’s too, and we are still living testimony of its modernising legacy. It was a war in which, as this book brings out so graphically, India was the pivot of Asia’s security. India will not be able to sustain itself as a regional leader, partly because of Nehru’s misplaced Third Worldism with a dash of the Soviet. ‘India’s strategic horizons narrowed to its immediate borders and it proved incapable of exerting any real influence in the Persian Gulf, East Africa or South-East Asia. Instead, India had to fall back on claims to solidarity with, and leadership of, the still colonised countries—and subsequently the Third World and non-aligned nations,’ writes Raghavan. The recent resurgence apart, India has a lot to do strategically and economically before it can regain its old role as the pivot of Asian security, warns Raghavan.

The best of contemporary historians are storytellers, and for me, the benchmark is Simon Schama’s Citizens, a retelling of the French Revolution. And European fiction is forever indebted to the Second World War, which is still many historians’ preferred destination. No one writes new history, but the historian-storyteller takes us through the trapdoors of the past to the drama of national destinies. Follow Srinath Raghavan.