Between Shouters and Doubters 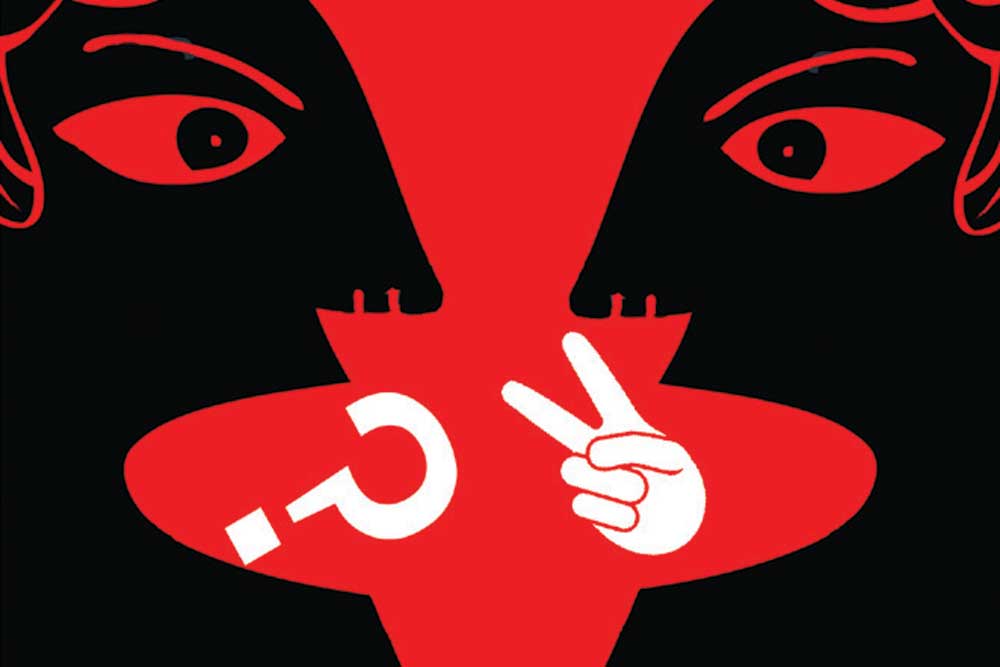 DON’T GLOAT. Be restrained. Finally Narendra Modi had to tell his war-mongering legion. After the midnight adventure along the LoC, the leader of India Resurgent could have played the warrior king. He could have deployed his rhetorical armoury to satisfy the base. That’s what he was good at, said conventional wisdom. He kept quiet, and the dignity of his demeanour was noticeable amidst the frenzy of bloodlust.

For some of his colleagues, though, it was all North Korea suddenly. The Defence Minister was on a metaphorical spree, not realising the enormity of embarrassment he was causing the Great Leader. Pakistan has not recovered from the anaesthesia even though the surgery was over a while ago, he said, in a cruder fashion in Hindi. It was as if the nationalist rearmed needed a cartoon war between the mighty India and the puny Pakistan to play out his patriotism. The shouter reduced Indian democracy to the size of his mind, which was alarmingly visible whenever he spoke in gutter imagery.

It was India’s exaggerations versus Pakistan’s denial. It was the sacrificial daring of the Indian forces versus the cynicism of Modi-haters. And all the while, Indian television journalism was competing with the Defence Minister in the language of war reporting, adding to the comic book frisson in triumphant India.

A certain amount of exaggeration is bearable in the discourse of any democracy. But matter-of-factness makes the message powerful; it makes us look adult and confident. India was not at war with Pakistan; it is still not. And the midnight operation of the Indian Army was worthy of the no-nonsensical leadership of Modi. The problem was with cheerleaders of the India that made Pakistan run for its life in darkness. They have set the patriots against the doubters, the nationalists against the enemies within, the proud Indian against the anti-Indian. They have declared war not just on Pakistan; they have said people who do not join the celebration and all those doubters are worse than the enemies.

Let it be said: there is no reason not to believe the successful mission of the Army. It is idiotic for some to echo Pakistan and ask for proof. A persistent display of distrust in the words and actions of a government may be a sign of the dissenting mind in a dictatorship. Entering into an argument with the Government can be a healthier habit of the opposition in a democracy. A default position of distrust in the institutional integrity of the state is nothing but pathological scepticism, and such a position suits only a self righteous moraliser like Kejrival for whom everything except himself is a lie.

That said, should we really worry? Should we give that much importance to a section of Indians—now an identifiable, predictable group—who will not ever accept the legitimacy of a Modi Government? For them, even the Army is not independent in his shadow. They include political charlatans and the kind of conscience keepers who would be more at home in Pyongyang or Caracas, all those Chomsky-spouting peanut socialists. Should we worry, still?

No. There should be space for jesters and dissenters, doubters and debunkers, haters and sceptics. Their noise and denials make Indian democracy more volatile, and less monotonous. Only a paranoid nationalist will assume that the republic is so fragile that it may come apart under the weight of counter-Indian temptations. It is the more-nationalist-than-thou Indians who are legitimising the professional doubters and haters by putting anyone not joining the victory parade to a patriotism test. The shrillness of triumphalism is as nauseating as the attitude show-me-proof doubters.

Both belittle India. They minimise the moral advantage India as a regional power breaking out of the inhibitions and inertia of the past has over a savaged, under-developed civil society such as Pakistan, where the impulses of democracy very rarely survive the military establishment. Both the nationalist shouters and proof-seeking doubters bring India on a par with a state that has perfected the transactional uses of terror, and where the enemy is a pre-requisite for maintaining the internal balance between the general and the jihadi. The elected politician across the border needs a bogeyman to keep the show going; we don’t need one. Modi’s India is too driven in its geopolitical ambitions to get stuck in war games, real or imaginary.

The Prime Minister has made no verbal attempt to turn the Army operation into an inspirational thriller for mass consumption. It has been a remarkable show of restraint and statesmanship on his part. Journalists and politicians did the work for Greater India by climbing on their soapbox. What has been gained by the Army cannot be allowed to be trivialised by simulated nationalism or motivated cynicism. Our heroes don’t need propagandists, and we are now used to suffering the holy bunkum of the Kejriwals. Modi’s gag order restores nationalist dignity.