Being Human in the Second Wave of Enlightenment

Maybe it doesn’t take a trend, a sweeping narrative of doom, to diminish humanism. An Asifa or a Masa will do 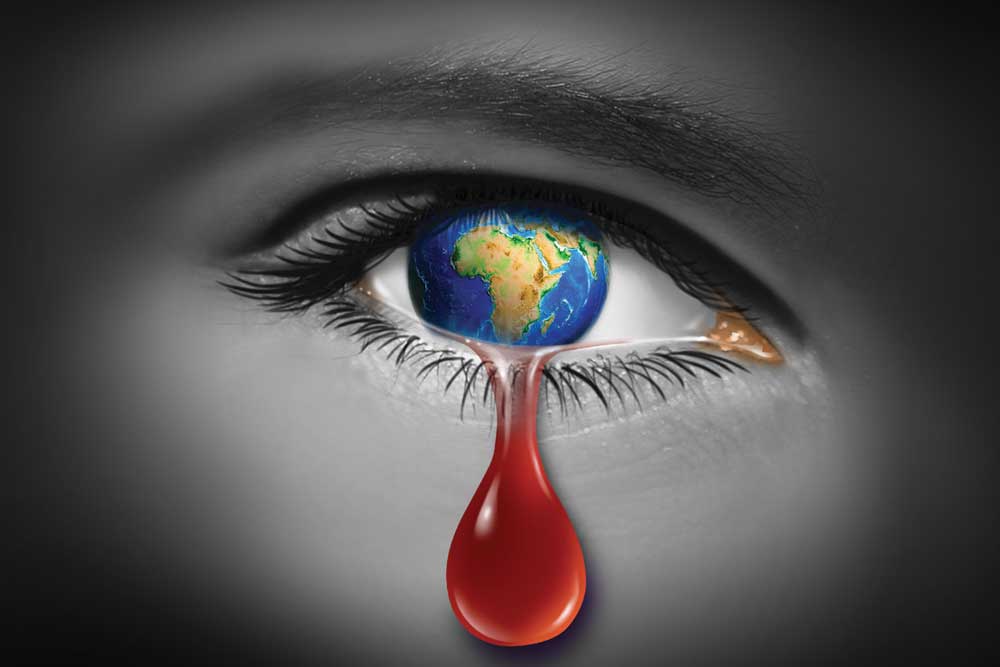 WE SOMEHOW survive the dread of the morning headlines. We still manage to push the girl with large liquid eyes back into memory’s darkest corner, lest the last questions she didn’t live to ask crowd our waking hours. We find words—we do—that can reduce cruelties to a set of political aphorisms, conscience-proof. We get the names wrong, the places wrong, but no matter, we know the story is populated by the same characters, it has to be, and variations in the plot keep them newsy, prime time.

These are headlines that deny the Indian countryside the romance—the widely shared Indian pastoral among politicians and poets—we have been taught to treasure. That’s useful sociology, but false aesthetics. The reality is raw, brutal. No amount of poetry can wish away the casual violence of the Indian countryside. Its remorselessness. Its rawness. Its moral system is built on tribal bloodlust, clannish affinities, and the urgencies of caste. In the media patois, honour is the word used to explain, if not legitimise, its nature. Its insensitivity is aided by illiteracy, and life over there, hardened by the terrain and a higher sense of fatalism, abhors sentimentalism.

Politics is an intrusion. It taps the rich vein of the beast. It then categorises the evil, labels it to suit the most popular of slogans, or the requirements of resentment politics. The Day After is tragedy divided into grotesqueries, grief into platitudes. We all play our assigned roles in a national pantomime of shame. In the meantime, on some temple premises, or elsewhere, some vengeful beast fails to kill his victim in the first attempt. We are never denied our daily dose of dread—and a moral opportunity to remain human in a land without justice, without mercy. Our humanity shall save the world. Isn’t it such a reassuring thought?

It is, certainly so after reading Steven Pinker. In his earlier book, The Better Angels of Our Nature, he ‘established’—what with that awesome deployment of data—that the world has become less violent over the ages. He even categorised the process of decline. Here’s an abbreviation in his own words: ‘The Pacification Process was a five-fold reduction in the rate of death from tribal raiding and feuding, the consequence of effective states exerting control over a territory. The Civilizing Process was a fortyfold reduction in homicide and other violent crimes which followed upon the entrenchment of the rule of law and norms of self-control in early modern Europe.’ He was contested, but he still prevailed. The numbers were on the side of the cognitive scientist from Harvard, and a public thinker with a cult following.

All said, Pinker was not an Endologist. He only used the word ‘decline’, and his optimism was drawn from a reservoir of reason. Still, does scaled-down violence make the world a less hateful place? We need to ask this not because of Kathua and other demonic datelines from India alone. In Douma, near Damascus, the site of Basher Assad’s chemical attack on his own people, a father takes out the purple t-shirt of his seven-year old daughter and passes it to the reporter of London’s Sunday Times. The reporter writes: ‘It smelt like a swimming pool.’ From the front page of the paper, the girl looks into the void, another reminder that in this world of scaled-down violence, girls like Masa or Asifa will continue to be alone and defenceless. They are pitted against states that have legalised hate and individuals who are untouched by kindness.

In this world, wars don’t have a grand narrative. They are waged beyond embedded journalism, and their course is not determined by ideas of freedom, but mostly by the Book. Place Masa, still living the night that emitted gas in her memory, alongside those images from the album of the Islamic State, those figures in orange robes, kneeling in the sand, the knife looming over. Violence today lacks the kind of unity and organisational coherence that characterised the big wars and nationalist genocides in history.

The theatre has shifted from the land to the mind.

It’s a place far more complex than the old war rooms of grand theories. It is where gods can plant fantasies that drive men mad, and where crudeness makes relationships that hold communities together irrelevant. It’s where data fails to explain, algorithms tend to be helpless. The girl who lies there drugged and violated in her last horrifying hours, or the girl who has become the face of abandoned humanity in a ruthless regime, tells us why. Her biography is a news story. She lives on till the next one appears with another variation of the story. The worst angels lurk deep inside the man somewhere in the Levant, inside the man waiting for his turn outside a temple in Jammu. Violence is not storytelling in linear texts. It is a collection of disparate footnotes.

Hang on. Are we on an anti-progressive trajectory? In his much-dissected new book, Enlightenment Now: The Case for Reason, Science, Humanism, and Progress, Pinker writes that the so-called thinking class suffers from ‘progressophobia’: ‘Intellectuals hate progress. Intellectuals who call themselves ‘progressives’ really hate progress. It’s not that they hate the fruits of progress, mind you: most pundits, critics, and their bien-pensant readers use computers rather than quills and inkwells, and they prefer to have their surgery with anesthesia rather than without it. It’s the idea of progress that rankles the chattering class—the Enlightenment belief that by understanding the world we can improve the human condition.’ The Western intelligentsia, with liberals in the forefront, Pinker laments, has industrialised pessimism. He asks: ‘Could the state of the world, like the stripes on a barbershop pole, keep sinking lower and lower?’ The atmospherics are set by headlines and all those long-form stories in magazines. When he says Enlightenment Now, they scream Apocalypse Now.

Pinker is not an optimism junkie. He refuses to join the doomsday chorus. He is pretty aware that the marketplace of miseries breeds a certain variety of apolitical politics. How can prophets afford contentment? How can the politics of change peddle happiness, which, in a sense, means that the future is blank? He is the dissenting philosopher who makes the banality of the-future-is-fabulous sound original. Here, he has undertaken his most ambitious project in unravelling the state of global behaviour. The 21st century is hardly two decades old and there is much to be cheerful about: history has been kind. The ideals of Enlightenment—reason, science and humanism—need to be defended because they are working. The good angels have not abandoned us. ‘In one realm after another we are seeing the conquest of dogma and instinct by the armies of reason. Newspapers are supplementing shoe leather and punditry with statisticians and fact-checking squads. The cloak-and-dagger world of national intelligence is seeing farther into the future by using the Bayesian reasoning of superforecasters.’ He could go on; data is on his side.

So let’s not be misled by an anecdote, for an ‘anecdote is not a trend’. Let the bad news make you yearn for the great yesterday, for the unpleasant today doesn’t make the past better. ‘Keep some perspective. Not every problem is a Crisis, Plague, Epidemic, or Existential Threat. And not every change is the End of This, the Death of That, or the Dawn of a Post-Something Era. Don’t confuse pessimism with profundity…’ Time to dump Nietzsche’s nihilism, its obsolete authenticity, and toast humanism instead. Pinker abhors the gloomy gravitas of the Endologist; he finds in the progress of the world the vindication of reason, the victory of science, and the enduring viability of humanism. This philosopher smiles.

Is Asifa, or Masa, an anecdote? Maybe it doesn’t take a trend, a sweeping narrative of doom, to diminish humanism. Maybe, in the second wave of Enlightenment, you can remain cheerless even without abandoning hope altogether.