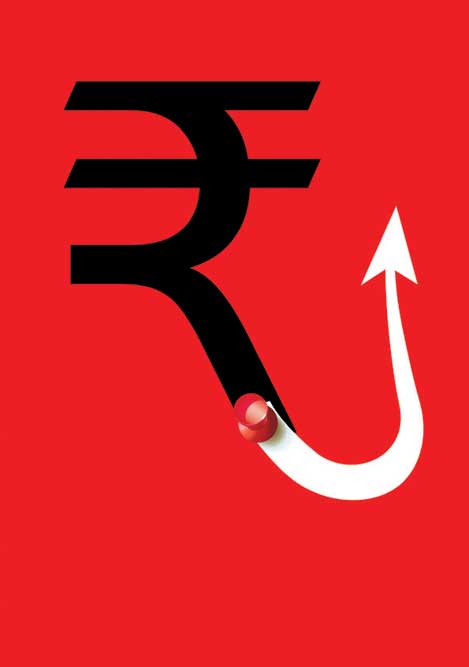 SOVIET INDIA MADE a comeback when Prime Minister Narendra Modi was attacked for being pro-industrialist. The Prime Minister, on his part, refused to be dictated by the oldest morality of Indian politics: it’s sinful to be rich, and wealth is venom. I’m not scared of meeting industrialists in public, he said, and stuck to his so-what position even as the Congress played up its sanctimonious politics.

Modi’s critics were merely borrowing from the hoary history of poverty politics. It was a best-selling morality tale, and still is: wretched India, as photogenic as a Unicef ad, set against a soul-sucking plutocracy. It was also a necessary condition for the sustainability of socialist India, whose detritus has not been fully removed from our political mindset, not yet. There will be no slogan more powerful than Indira’s ‘Garibi Hatao’, socialist India’s war cry. It still echoes.

India had to remain poor for the sake of the slogan. The ghetto was an essential backdrop, the shirtless was the designated victim of an unequal history. Ideology alone provided answers, and in the formative years of Independent India, the visionary nation builders were also proud receptacles of the Soviet model. It was a time when the aesthetics of dispossession was preferable to the vulgarity of wealth. It was glorious to be poor.

The socialist struggle against poverty, in India and elsewhere, was, in practice, a struggle against wealth creation. The Indian socialist tapped into a tradition that revered the ascetic: less is beautiful; more is obscene. The socialist economy, for its own validity in a system where capital was evil, worked on a solid foundation of inequality that remained intact even as nation-building became vigorous.

The private sector made some audacious strides in spite of the socialist state. The capitalist stories in socialist India were instances of epic individual imagination or family tradition stretching back to colonial India. The state intervened to curtail entrepreneurship and promote an over-regulated, licensed industry swaying to the whimsies of the commissar hovering over the marketplace. Socialism rhymed with cronyism, and inevitably so.

India may have overcome the pieties of socialism, though our politics may not have come far enough to repudiate the uses of poverty. The most remarkable thing is that the creation of wealth is not a moral crime any longer, and out there in the marketplace, some of the most inspiring stories of entrepreneurship are written by Indians. Still, the plutocrat in pinstripes is a convenient bogeyman for a section of the political class. The criticism against ‘pro-industrialist’ Modi shows the party that built the nation with a socialist blueprint has not abandoned the model yet—certainly not the rhetorical use of it.

Is it a whiff of the new politics of populism, which has brought popular rage against inequality back to the slogan? The new populist redeemer, whether from the Left or Right, has already termed globalisation a divisive force that further widens the welfare gap. The nativists languishing in the middle, those who were denied a ticket to the globalisation wagon, are fodder for the new revolutionary, the so-called outsider who has declared war on the three evil Es: Establishment, Entrenchment and Entitlement.

There is a difference. Even as he blasts a centralised plutocracy, the Western populist doesn’t idolise poverty. He, unlike the erstwhile socialist, doesn’t require the permanency of ghettos to feed his ideology. The new populist wants to make wealth easily accessible to the poor and the working class. He is an apostle of moral capitalism, even if his moral system is based more on anger than empathy. The anger is against privilege, not profit.

So the admonishers of ‘pro-industrialist’ Modi are not echoing the prevalent populist sentiment, though it may seem so. They are taking us back to the idyll of socialist India. What the Prime Minister said in response to his critics is bold. He can be bolder in action by making this period the Right moment for the Indian economy. The Right, particularly in the West, is in the habit of losing the cultural argument. This may change with the increasing irrelevance of liberals in the political destiny of nations. The Right has won the economic argument repeatedly, and it was the boldness of its leadership, which refused to be trapped in inheritance, that made those victories historic.

Here, the cultural argument is messy, and at times bloody. The economic argument can be more vigorous than what it is at the moment. It can still become an argument worthy of the classical Right. The historicity of the mandate of 2014 was drawn from the redundancy of the kind of politics that romanticises poverty and sees wealth creation as the witchcraft of capitalism. Maybe the Modi who is not scared of meeting industrialists needs five more years so that India can create more of them.