Amos Oz as Patriot and Dissident

Shaped by books and loss, he argued against the temptations of power 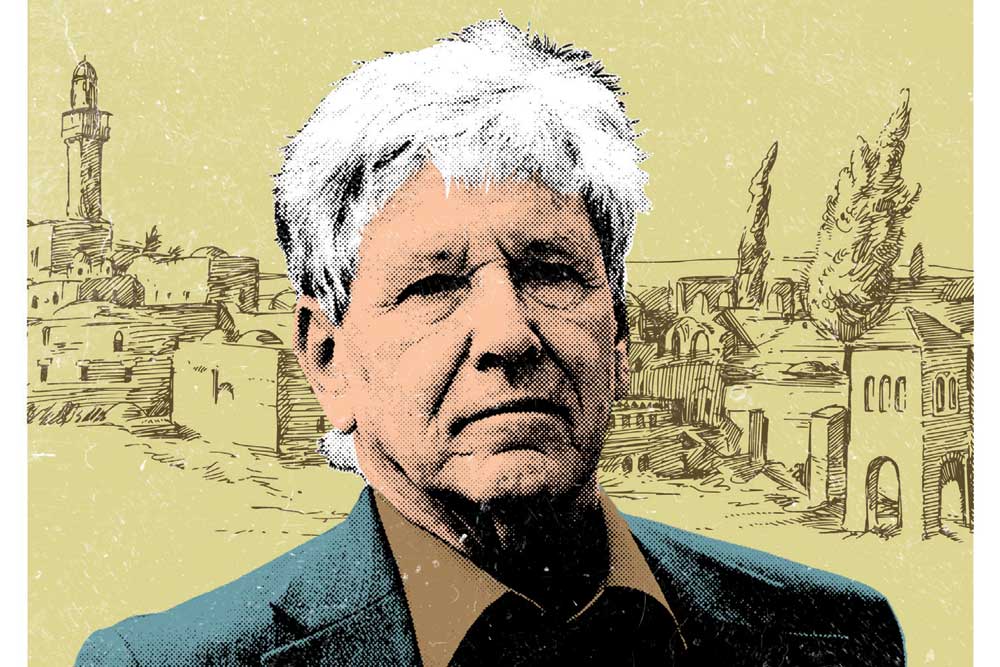 IN THE FIRST pages of A Tale of Love and Darkness, which blurs the line between memory and imagination, Amos Oz writes of the Jerusalem of his childhood. ‘In Jerusalem people always walked rather like mourners at a funeral, or latecomers at a concert. First they put down the tip of their shoe and tested the ground. Then, once they had lowered their foot they were in no hurry to move it: we had waited two thousand years to gain a foothold in Jerusalem, and were unwilling to give it up. If we picked up our foot someone else might come along and snatch our little strip of land. On the other hand, once you have lifted your foot, do not be in a hurry to put it down again: who can tell what menacing nest of vipers you must step on. For thousands of years we have paid with our blood for our impetuousness, time and time again we have fallen into the hands of our enemies because we put our feet down without looking where we were putting them. That, more or less, was the way people walked in Jerusalem.’

That, more or less, is the way people still walk in Jerusalem, a city where Biblical ancestry and present nervousness join hands to monitor the movement of its inhabitants. It is a city where a sense of possession and a fear of loss make politics a permanent reminder: out there, someone doesn’t want any ground under your feet. Amos Oz left Jerusalem as a Zionist romantic when he was in his teens, but the city he painted in his most popular book, a lamentation as well as remembrance, remained the same till his death on December 28th, at the age of 79. In life, as a novelist, essayist, dissident, and patriot, Oz walked with the freedom of a storyteller and the cautious gait of a Jew untouched by paranoia but hardened by historical inheritance. It was his mother’s suicide that scarred his psyche as a boy, and gave birth to one of the finest sentences of loss in fiction: ‘… she would not listen to them either and although they tried various means to disturb her good sleep she paid no attention to them. Or to the specialist from whom she had heard that the psyche is the worst enemy of the body, and she did not wake up in the morning either, or even when the day grew brighter, and from the branches of the ficus tree in the garden of the hospital the bird Elise called to her in wonderment and called to her again and again in vain and yet it went on trying over and over again and it still tries sometimes.’

The Jewish loss began before his mother’s death. Memory had already scarred his mind before history took over. Liberal conviction and Zionist idealism put him at the centre of a divided land. And he never stopped arguing, whether in fiction or essays. In his last novel, Judas, the traitor’s heart becomes a shared Jewish trait. It begins: ‘Here is a story from the winter days of the end of 1959 and the beginning of 1960. It is a story of error and desire, of unrequited love, and of a religious question that remains unresolved.’ Set in Jerusalem, published in 2014, it is a gospel of confinement and betrayal. The revolutionary idealism of its young protagonist does not exclude his love for Biblical stories, which, he realises, are made poignant by the victimhood of the betrayer—and the necessity of betrayal. As he comes to know, religion too is a misread love story. And in love stories, betrayals are inevitable. Oz brings a bit of himself to all his fiction. The conflicts of Shmuel in Judas are not far from what Oz felt in the Jerusalem of the same vintage.

THE CONFLICTS HE inherited sharpened his arguments as a writer who loved his land so much that he could not tolerate its walls and false wailings. The last book he wrote—a collection of three essays—is a little manifesto for freedom and moral justice. The resonance of Dear Zealots: Letters from a Divided Land reaches far beyond Israel. In the title essay, he asks the question every sane observer would ask today: how does one cure a fanatic? You can cure him only if we try to understand what he is made of—and to realise that there is something called ‘comparative fanaticism’. As one of his own characters, a Zionist fanatic, comes to learn, ‘blind hatred often turns the haters on either side of the fence into almost identical haters’. A fanatic refuses to rank evil, and thereby becomes a ‘servant of evil’. He lives in a black-and-white world. ‘The fanatic almost always basks in some sort of bitter-sweet sentimentalism, composed of a mixture of fury and self-pity.’ A fanatic is more interested in us than he is in himself, for he wants to change us, though he himself will remain unchanged. ‘The fanatic is always in a hurry to fall on your neck to save you, because he loves you. He loves you unconditionally. But conversely, he might grip you and strangle you if he discovers that you are beyond redemption. Lost. And if this is the case, he is obliged to hate you and rid the world of you.’

The antidotes to fanaticism are curiosity and imagination, for literature equips you to know the other person. Oz updates John Donne to provide the ultimate home-made antidote to fanaticism: ‘No man is an island, but each of us is a peninsula.’ Like a liberal Jew in a land divided by fanatics; like Amos Oz, armed with curiosity and imagination. The lifeblood of the Jewish nation, he reminds fanatics, is passed on not through genes or battles, but through books. This cultural exceptionalism provides him with a higher awareness of pain—and courage to rewrite Christ. He disagreed with the saying ‘Forgive them, for they know not what they do.’ We are not—or should not be—‘morally infantile’ not to know what we are doing. To know is to be sensitive to the pain of others. Oz remained a true believer of a two-nation theory. He wrote and spoke for two states, Israeli and Palestinian, because the alternative would be the inevitability of an Arab state stretching from the Mediterranean to the Jordan River. And he didn’t want to be part of a Jewish minority under Arab rule ‘because almost all the Arab regimes in the Middle East oppress and humiliate their minorities’. And this is the time for a solution because most of Israel’s traditional enemies are today faced with a bigger enemy. He wanted fences to vanish and argued for a humane solution to the land dispute. Feel the pain, know the other.

The dissident that he was, Oz lived in truth. As a Jewish patriot shaped by books and loss, his arguments were against the temptations of power, against the moral corruption of the mind. He saw it as a patriotic responsibility to put his ideas of freedom against the certainties of all kinds of fanaticism. He was not one of those conscience keepers who hated the benighted place they have been condemned to live in. ‘I love Israel even when I cannot stand it. If I have to fall over in the street one day, I would like it to happen on a street in Israel. Not in London, not in Paris, not in Berlin or New York.’ That kind of love redeems dissent and democracy, and it is that kind of love that we miss in the arguments against power in some other familiar places.