A Matter of Good Taste

Between the Trump pornography and the Hillary wonkery. Obama won a Nobel for not being George W. Hillary may win the presidency for not being Trump 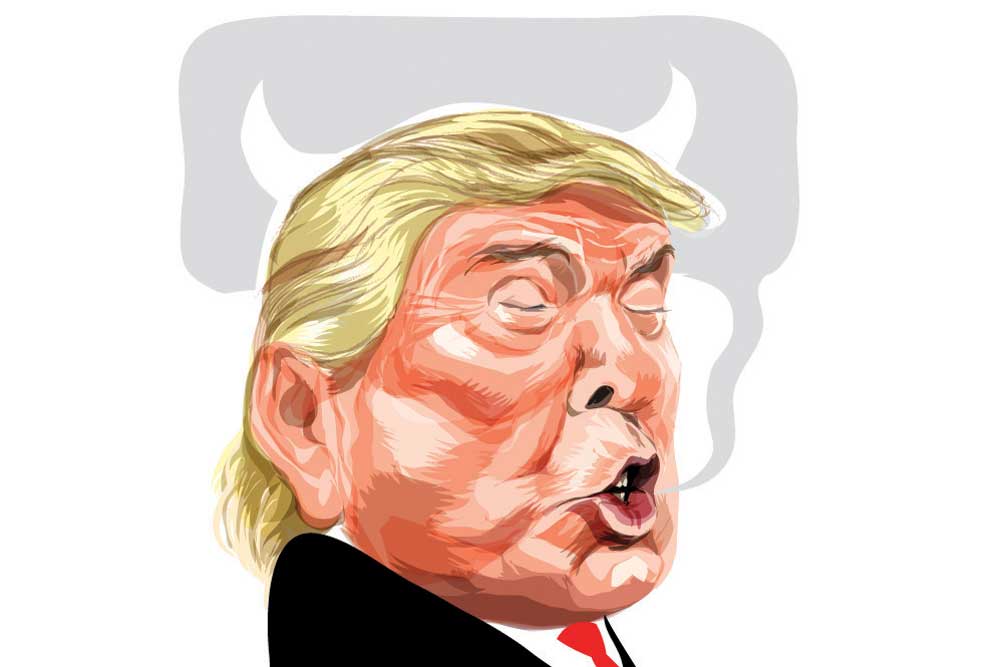 “IN POLITICS, as anywhere else,’ wrote Václav Havel, ‘it is impossible and pointless to say everything all at once, to just anyone. But that does not mean having to lie. All you need is tact, the proper instincts, and good taste. One surprising experience from ‘high politics’ is this: I have discovered that good taste is more useful here than a degree in political science. It is largely a matter of form: knowing how long to speak, when to begin and when to finish; how to say something politely that your opposite number may not want to hear; how to say, always, what is most significant at a given moment, and not to speak what is not important or relevant; how to insist on your own position without offending…’ For Havel, good taste in politics was about ‘living in truth’, the essential requirement for ‘apolitical politics’. First as a dissident pitted against the brutalising lie of ideology and later as the philosopher king of the liberated Eastern Europe, he never abandoned aesthetics in his political struggles.

Good taste is what is missing in politics today. Power, particularly when it is singular and steeped in the fantasy of infallibility, courts kitsch. The spectacular vulgarity of kitsch plays with popular emotion; it creates the necessary mood for the leader to play out his super- heroism; and it makes the theatre of salvation a bestselling political con. Havel himself, as a playwright and dissident, experienced it first-hand, and overcoming it was the struggle that came to be called the Velvet Revolution. Remember that character crying out from Milan Kundera’s The Unbearable Lightness of Being: “My enemy is kitsch, not communism.” We could have altered the line to suit the situation when Lalu Prasad played to perfection the upcountry political bumpkin, the jesting socialist who kept his audience in thrall— and Bihar in an utter state of under-development. There were others, too. The Mandal messianism of VP Singh was kitsch that mobilised as well as divided in its incendiary power. Dravidian politics, in its cardboard emotionalism represented by fur cap and dark glasses and Kancheepuram silk, is still pure kitsch. It was there in the aggrieved Hindu’s rath yatra to Ayodhya, and it is still there in the street theatre of simulated nationalism. Kitsch is a repudiation of good taste in politics; it is crassness for mass consumption. ‘Kitsch is the aesthetic ideal of totalitarianism,’ wrote Kundera. The short suppy of good taste in public life and the display of exploitative vulgarism in the media age only suggest that kitsch has tremendous political power in democracies too.

In the age of Trump, it is in your face. It is no longer about the remotest possibility of him winning the presidency; it is about the politics of his popularity. It is not even about his lewd remarks; it is about how resentment can be tapped by the basest instincts of populism. Trump began as a usurper, and his rage against the Establishment, including his own party’s, followed the familiar pattern of outsider-politics in Europe. For the Republican Brahmins, here was a political parvenu not worthy of their endorsement. For the liberal and even high-minded conservative media, he was a peddler of hatred who threatened the very fundamentals of being America. Even as his ideal of Greater America rhymed with Fortress America, the base erupted to push him to the top of popularity charts. It was not politics as reality television; it was the sight of one man abridging reality in a language of fear and hope. The message was not lost on the disgruntled ‘natives’. And set against him was someone who personified the Establishment and the politics of entitlement. The Trump pornography was matched by Hillary Clinton’s weary policy wonkery. It was his boorishness versus her obfuscations. It is still the kind of campaign where a potential president can’t resist grabbing a woman’s genitals, and where a former president has to avert his eyes from his sexual victims in the debate room. This election has shattered ideals. The citizen-politician, in the end, was not the outsider born out of popular anger; he was a product of billion-dollar hubris. He exaggerated truth, even vulgarised it; she built a smokescreen around it. Obama won a Nobel for not being George W. Now Hillary may win the presidency for not being Trump.

Let’s return to Havel: ‘If your heart is in the right place and you have good taste, not only will you pass muster in politics, you are destined for it. If you are modest and do not lust after power, not only are you suited to politics, you absolutely belong there. The sine qua non of a politician is not the ability to lie; he need only be sensitive and know when, to whom, and how to say what he has to say… It is not true that only the unfeeling cynic, the vain, the brash, and the vulgar can succeed in politics; such people, it is true, are drawn to politics, but in the end, decorum and good taste will always count for more.’ Till then, we the global voyeur class will watch the man controlling himself on our TV screen.