Literature in the time of Covid-19 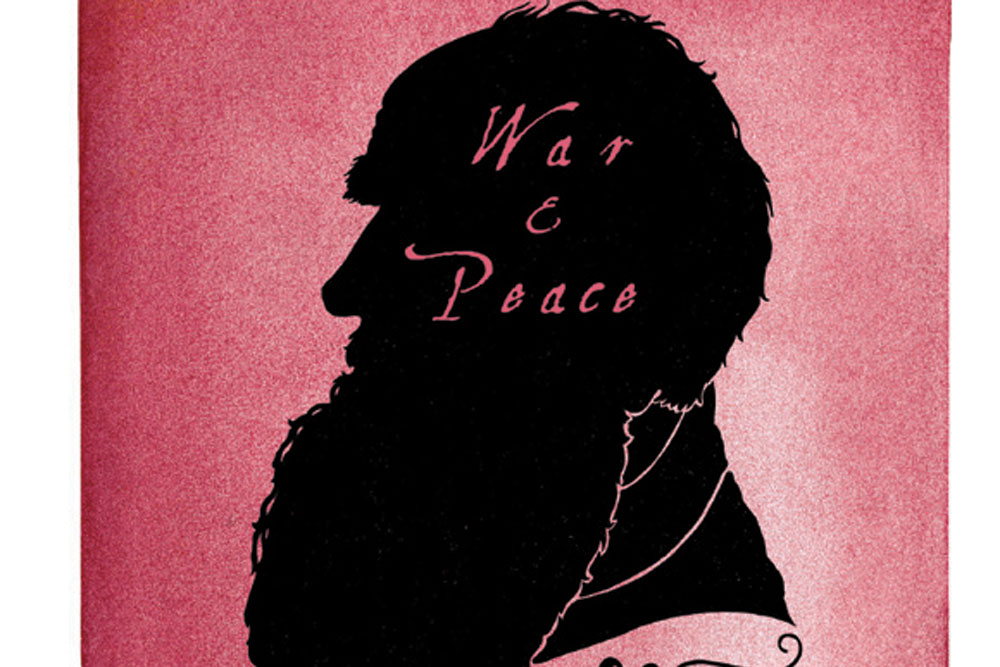 
OLITUDE IS indispensable to the greatest writers and thinkers. One of the most original intellectuals of the modern era, Friedrich Nietzsche, wrote: ‘I go in solitude, so as not to drink out of everybody’s cistern. When I am among the many I live as the many do, and I do not think I really think; after a time, it always seems as if they want to banish myself from myself and rob me of my soul.’ Nietzsche would have thrived in this time of quarantine and lockdown.

It doesn’t need saying that the Covid-19 pandemic has been the greatest catastrophe that has struck humankind in living memory. Everywhere that one looks, one despairs at the enormous cost human beings have had to bear. One of the few unintended positives in the overwhelming gloom has been the space writers and thinkers have been granted to become enormously productive and focused. One of our finest authors has been furiously at work. Shashi Tharoor, possibly the most time-starved person I know, has just delivered his new non-fiction magnum opus on nationalism, patriotism, and what it means to be Indian. Entitled The Anxiety of Nationhood, the book, which will be published towards the end of the year, is an extraordinary, original and thought-provoking meditation on the one thing that is an inalienable right and privilege granted to each one of us who is Indian—and will be bestowed upon all those who would become Indian, regardless of caste, class or religion, as was intended by those who fought for our freedom and gained the country its independence. It provides us with a clear-eyed and enormously learned look at what nationality is all about, what being a patriot means and who qualifies to become a citizen of this country, no matter what the politicians say. It castigates the small men and women who are destroying the essence of India by deliberately perverting everything that our founders bequeathed to us and lays out a brilliant interpretation of the thinking, history, legalities and literature that underlie these essential aspects of being Indian. The editing of this book fills up most of my day.

For the rest, I spend an hour or two reading what is considered the finest translation of Leo Tolstoy’s War and Peace—the masterpiece by Richard Pevear and Larissa Volokhonsky. I bought the book 13 years ago, when it was first published, but did nothing more than dog-paddle through bits of it. This time around, I am both resolute and focused, and fully intend to get to the end of Tolstoy’s epic.

However, it’s not all serious work that occupies me, light relief plays its part in alleviating the stressors of quarantine, such as they are. For the past week or so, I have spent a shade over an hour every evening, after I have done my editorial work and share of the housework, watching a South Korean romcom entitled Crash Landing on You, featuring Son Ye-jin and Hyun Bin. In the normal course, I would poke my eyes out with a blunt spoon than watch a romantic drama, but I find this improbable tale of a South Korean heiress (Son Ye-jin) falling in love with a North Korean army captain (Hyun Bin) strangely addictive. Parasite it is not but it is gloriously watchable. Apparently, I am not alone in my fondness for Korean soaps and similar TV fare. A poorly studied and little understood phenomenon of the past 30 to 40 years is how Eastern pop culture (Bollywood, Chinese wuxia, Korean K-pop and hallyu, Japanese anime and Turkish dizi, among others) has become the entertainment option of choice for more than half the world—over and above consumers in the country of origin. The estimable Fatima Bhutto’s latest book, The New Kings of the World, is a great introduction to the subject of how Hollywood and Western pop culture are being elbowed out by their counterparts, especially in the East. 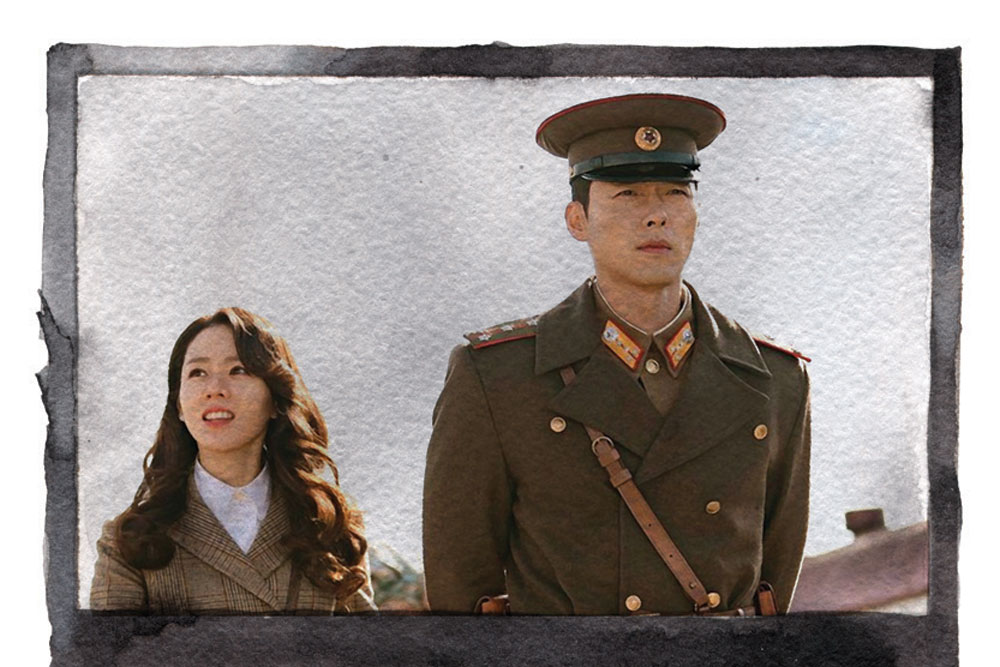 ONE OF THE things quarantine has sparked off in me is thoughts about what I might write next. It has been a decade since I published my last book, and I have begun messing about with ideas for what might become a new work. I am not yet sure whether it will become a book of non-fiction or fiction or that strange hybrid that sits somewhere between fact and fiction, but we will see. One of the things that fascinates me is what the permanent effects of Covid-19 will be. I have started reading a book on the greatest catastrophe of modern times, John M Barry’s The Great Influenza, about the Spanish Flu of 1918, that started in the US (Trump should think twice about castigating China for being the point of origin of this pandemic) and swept multiple times around the world, killing (according to some estimates) 50 million people. It changed the world irrevocably, as will Covid-19. I began wondering what a new world in which everyone was masked would be like. Would people become less inhibited or sink deeper into themselves? Would the rules of attraction change, as certain features (eyes, cheekbones, hair…) gained prominence and others fell out of sight? Would your choice of mask determine your character? Would lawlessness increase or would we become blander and more anonymous in the crowd? As our voices grew muffled, would we acquire the eyes of eagles and the hearing of owls? Would we become more powerful and imbued with the strength of spirits and ancestors as in some mask-wearing cultures? How would we laugh? And how would we weep?

One thing’s for sure, India’s public places and walls will become less grubby and paan-stained. Whether or not my ruminations will provide a point of departure for a full-length work, it’s been interesting to think about the unintended fallout of what we are going through at the moment.

TO END, HERE is a remarkable poem about the dominant refrain in our lives at present. It is by the inimitable Anna Akhmatova. About a year ago, during the old normal, when my wife and I were visiting St Petersburg, we made a pilgrimage to the house where Akhmatova lived for a significant period of her life and which has now been converted into a museum. It was a rainy morning when we set off. The signage to the place was almost non-existent, and we wandered around aimlessly for a bit, as none of those we asked for directions knew English, and our Russian was non-existent. Eventually, when we were quite close to our destination, some helpful locals showed us the way to the place. It was approached through a small park of eye-wateringly green trees and was part of a rather grand palace. However, the museum itself was a surprisingly modest establishment, distinguished only by a handsome blue-gray plaque misted over by the rain. Akhmatova’s partner, at the time she lived in St Petersburg, worked at the palace, of which the apartment was part, and the couple was given these rooms to live in; this is now the Akhmatova Museum. The apartment, lorded over by a couple of cats, seemed to have been preserved exactly as it was during the time of its most famous occupant. Its very modesty gave it a curious dignity and resonance, although we must have missed a lot of its historical nuance because pretty much all the recordings and manuscripts and books were in Russian. Nevertheless, the visit is something I will cherish, because Akhmatova is someone I have read reverentially, in multiple translations, for as long as I can remember. 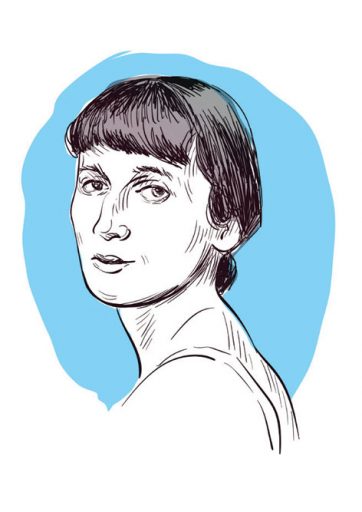 The poem I am reproducing here—‘Everything Is Plundered’—was written at a time of great upheaval, almost exactly a hundred years ago (1921), and has been brilliantly translated by Max Hayward and Stanley Kunitz.

Everything is plundered, betrayed, sold,
Death’s great black wing scrapes the air,
Misery gnaws to the bone.
Why then do we not despair?

By day, from the surrounding woods,
cherries blow summer into town;
at night the deep transparent skies
glitter with new galaxies.

And the miraculous comes so close
to the ruined, dirty houses—
something not known to anyone at all,
but wild in our breast for centuries.

David Davidar
David Davidar is a novelist, publisher, editor and anthologist. He has been an attentive reader of Indian fiction for nearly forty years

Literature in the time of Covid-19

My Choice of Best of 2019 Books: David Davidar, Author and publisher