Is Democracy a Vaccine?

Covid and the poligarchy of India 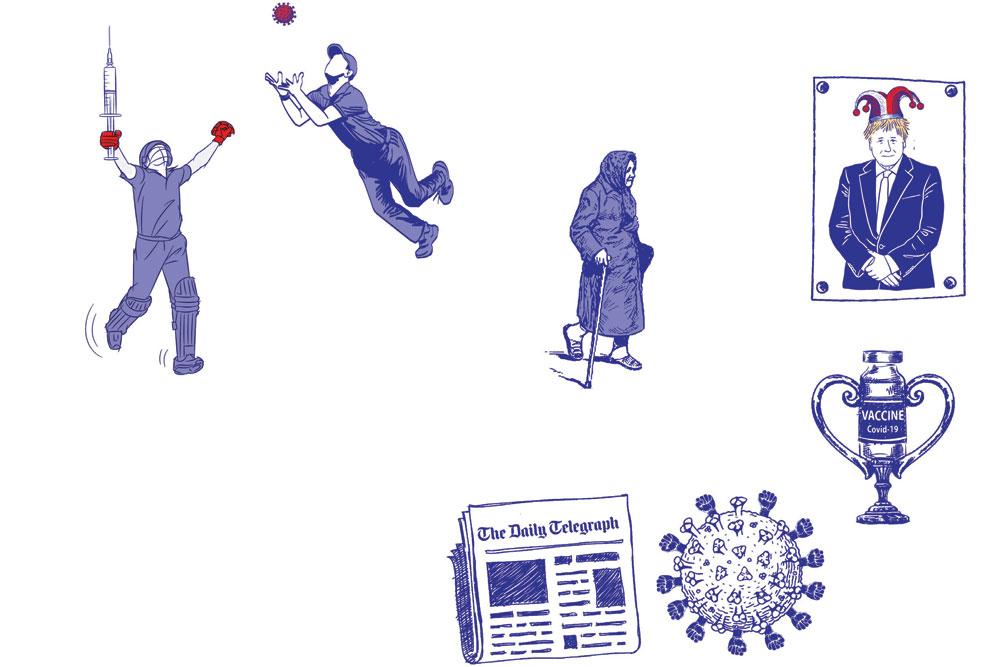 THERE IS SUFFICIENT evidence now to confirm that two of the three great faiths of modern India, cricket, religion, and politics, are super-spreaders of a contagion like Covid and its myriad relatives, while one is immune. Indians have understood this. There was consequently willing acceptance during the pandemic when, under pre-emptive instructions from a concerned Government, holy days were celebrated in isolation rather than community gatherings. Stadium audiences disappeared from sport. Cricket quickly found a sanctuary abroad and devotees agreed that this was all for the best. But the rough and tumble of democratic politics, a mass pageant and process which reaches a climax in elections, was never thwarted by a pandemic which has shown flexibility, durability, and fatal striking power.

In India ‘rough and tumble’ is not a metaphor. The rough is fairly tough, and can get violent, as it did in the Bengal elections earlier this year. The eventual tumble litters the battlefield with countless scarred egos on a desolate landscape. ‘Rough and tumble’ is an evocative and accurate description of Indian democracy.

Indians are a very physical people in both the positive and the pejorative sense. Degrees of warmth are defined by levels of touch, while snobs measure their bogus self-worth by distance. Very little in public life is more physical than democracy. Democracy, a triumphant doctrine of the anonymous, is the antidote to superiority; it is a leveller, a business of not only crowds but of crowds which jostle and touch. Democracy has done more to erode hierarchies of caste than centuries of reform. Who, after all, is who in a mass agitation or a public rally?

Logically, therefore, democracy should have been a prairie fire of infection in a severe pandemic. But did numbers flare up in West Bengal, Tamil Nadu and Assam once the hurly-burly was done, battle fought and won? No. The figures were high in Kerala, but not because it went to the polls. Why? No one knows the answer because no one has asked the question yet.

The phenomenon seems to be global. The US was rife with Covid turbulence before its elections in November 2020, but the campaign and voting did not lead to any direct spike. The return of Covid came much later. Germany went through the now visible pattern of trauma and plateau, and is back again in crisis mode, but there was no upward escalation caused by its elections this year.

Compared to India’s freewheeling style, Western elections are a genteel affair. Candidates in Europe walk the street and engage in polite conversation with the electorate. At the time of writing, campaigning has become vigorous for a by-election in Britain which could have a significant impact on the fortunes of Prime Minister Boris Johnson. The results of North Shropshire could even upend Johnson’s survival at 10 Downing Street. So what happens when passions soar in Britain? You get frosty.

Cricket quickly found a sanctuary abroad and devotees agreed that this was all for the best. But the rough and tumble of democratic politics was never thwarted by a pandemic which has shown flexibility, durability, and fatal striking power

According to a report in a newspaper, about a week before polling day Johnson’s candidate Dr Neil Shastri-Hurst knocked on the door of 77-year-old Mrs Pearl Morris, who had his campaign poster on her window in the rural town of Oswestry, and said brightly, “Thank you so much for putting my poster up.” Mrs Morris replied: “That’s quite alright, but I must say to you, this year I can’t vote for that charlatan you have got in charge. Next time round, he’ll have gone, won’t he? And you can have [my vote] back. But I really can’t vote for him.” The “charlatan” was Boris Johnson. An obviously disheartened Dr Shastri-Hurst wondered why she had retained his poster on her window. Mrs Morris replied: “My husband put it up. But I will add that he has got dementia.” 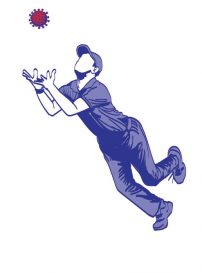 Classical theory suggests that comedy emerges from chaos, and Boris Johnson has certainly made good use of his trapeze act to win popular support in numerous campaigns. But voters want stability in government more than laughs. Johnson, described as the ‘Lord of Misrule’ by friends, seems to have slipped on the treacle of his own laughter: over the past weeks photographs and videos have been published which prove that festive parties were being held at 10 Downing Street in December 2020, a time when the whole country had been ordered to spend Christmas in isolation, and when it was forbidden to visit even a dying relative. Johnson is not the first elected leader to believe that there is one rule for the powerful and another for the masses, and he will not be the last. But democracy is embellished by a merciless media. No story gets bigger play than nemesis. 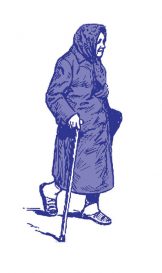 Johnson’s credibility is frayed. Bookmakers, who are more professional than Britain’s politicians, have made Liberal Democrats favourites for this Tory-majority seat, which goes to the polls on December 16th.

Now comes the twist in this tale. Boris Johnson is being accused of trying to divert public attention from the illegal parties at his residence by fomenting a pandemic panic with talk of more than a hundred thousand being killed by mutant infections like Omicron unless a third jab is taken immediately, and new restrictions like Covid passports are imposed. The consequence is some very unfunny chaos.

Boris Johnson, described as the ‘lord of misrule’ by friends, seems to have slipped on the treacle of his own laughter: photographs and videos have been published which prove that festive parties were being held at 10 Downing Street in December 2020

Such a tactic has a long name; it is called throwing a “cat on the table”: that is, doing something utterly irrelevant but dramatic to change the subject when the news gets bad. The Conservative newspaper, Daily Telegraph, has this to say in an editorial published on December 14th: “Those of a more cynical frame of mind might conclude that Mr Johnson was keen to turn the rapid spread of the omicron variant into an emergency ahead of the by-election in North Shropshire on Thursday and key votes in the [House of] Commons tonight”.

Which brings us to an interesting variation on our theme. Democracy could be affecting Covid more than Covid is influencing democracy. Does the pandemic, despite its authoritarian origins, have more respect for the doctrine of freedom than politicians have for Covid? It is a thought. Open might want to set up a literary contest, possibly with vaccines as prizes, for the best entry on how a similar scenario might play out in an Indian election. 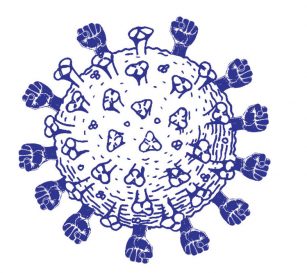 Some pompous think-tank at the University of Gothenburg recently called India an “electoral autocracy”. We shall not dwell on the obvious oxymoron; you cannot be an autocracy if you have elections which remove governments. Every Indian government spends four years trying to win the next election, and one year trying to find out if its efforts have worked. What India does have, if one may coin a term, is a ‘poligarchy’: the politics of periodic anarchy.

Does the pandemic have more respect for the doctrine of freedom than politicians have for Covid? Open might want to set up a literary contest, possibly with vaccines as prizes, for the best entry on how a similar scenario might play out in an Indian election

British democracy might be a conversation laced with arsenic, with a steely stiletto hidden in the vocabulary. The Indian variety is boisterous, raucous, heavy with denunciation and the thunder of popular demand. Gandhi defined democracy with his trademark simplicity: “I understand democracy as something that gives the weak the same chance as the strong”. The voter might be weak but he is not necessarily meek. When the public gets angry, it comes on to the street, megaphone in hand. 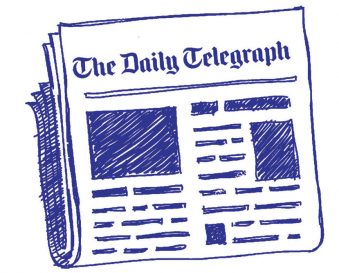 Once again, the farmers’ agitation, which was co-terminus with the pandemic, should have been riddled with Covid and its viral relatives. Farmers gathered in large numbers from all quarters and slept in makeshift tents. They chatted together, ate together, lived together. And Covid left them alone.

There was one aspect of democracy which was affected by Covid. Gossip, the right to speak sense or nonsense, to convey what the eye witnessed or the ear heard, to argue or speculate without fear, is a fundamental gift of freedom. The capital of any great democracy is also the fountainhead of its gossip. 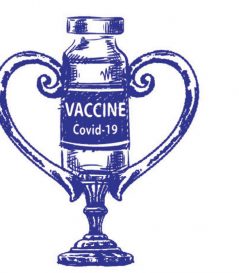 Curiously, one of the collateral casualties of Covid was gossip in Delhi. Gossip did not die, for it is immortal. But it was wounded and slipped away into the shadows of its own accord. Delhi’s chatterati discovered, bit by slow bit, that their phenomenal commitment to tittle at lunch and tattle at dinner had become a bit meaningless when the night could strike with a silent virus. Nothing, as the old saying goes, clears the head as the sight of a noose. Covid was a noose from hell. It paralysed social interaction. For a while, it even imposed prohibition for no shops were open. There was little to loosen the tongue in the fog of fear. In any case, even if you can drink alone, you can’t gossip alone. Perhaps we could call this a curative effect of the pandemic, albeit temporary.

Elections have become part of the annual Indian calendar. As another electoral season gets underway, Covid, which had gone into hibernation, seems to be stirring again. In early 2020, the very thought of Covid punctured the heart with dread. That dread has disappeared. We have the vaccination to thank, of course. But let us also give credit where it is due. Democracy has put Covid in its place.

MJ Akbar
MJ Akbar is the author of several books including the Doolally Sahib and the Black Zamindar: Racism and Revenge in the British Raj (Bloomsbury)

Is Democracy a Vaccine?