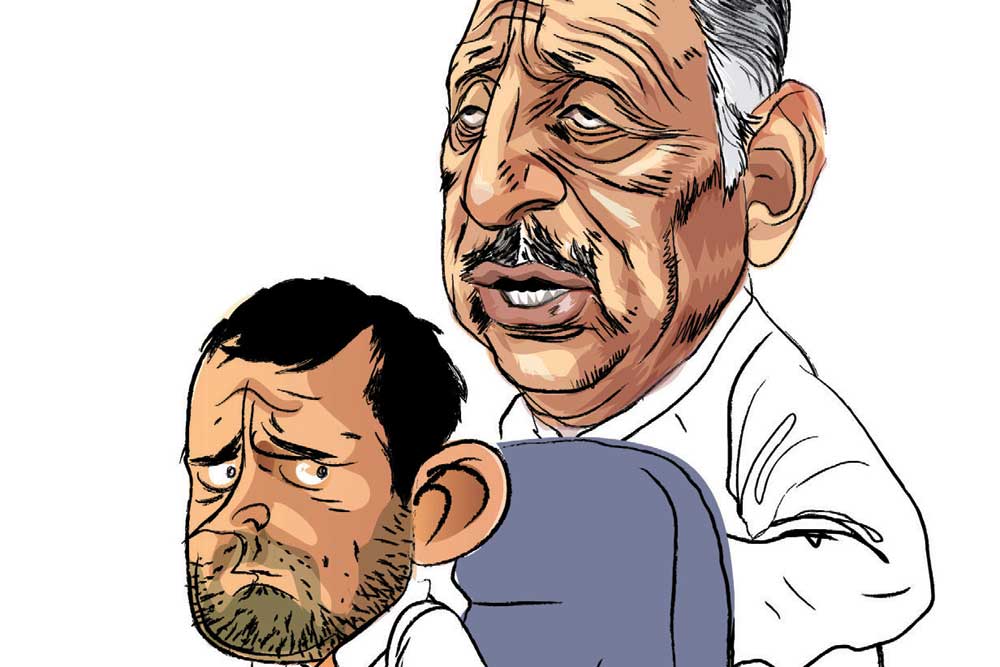 The Shehzad (Poonawala) versus Shehzada (a routine BJP pejorative for Rahul Gandhi) controversy is not about to die down anytime soon. Bets are on in some quarters on whether Poonawala was instigated by the Old Guard in the Congress party to queer the pitch for the 47-year-old Gandhi. Poonawala, a very vocal voice defending the Congress, its leaders, its vision , on both social media and on prime-time TV debates, shot into the limelight recently when he made public—somewhat surprisingly to many— his discovery that delegates to AICC elections were being “fixed” for Gandhi to win the post of party president. That would’ve been dreary news to most people, but no one expected the Maharashtra Congress secretary to air his discovery quite so loudly or make such a spectacle of his grievances about being snubbed by Rahul Gandhi’s office. This, after he approached them to complain about violations of internal democracy and the perpetuation of dynastic politics in the nomination of candidates for the post of party president. “I’m Shehzad, not a shehzada, they have no place for me. I thought [Rahul Gandhi] had some morality, but his office insulted me,” Poonawala said after Prime Minister Modi made a reference at a poll rally in Gujarat to him and his travails in battling dynastic politics within the Congress. Shehzad Poonawala, though, may not be a lone ranger against dynastic succession in the Grand Old Party. There are many in the party who feel that Mani Shankar Aiyar, the one-time Rajiv Gandhi acolyte who compared it to how Mughal emperors settled the issue of transfer of power, was complicit in stirring up rebellious sentiments.

Taking Keshav Maurya with a Pinch of Salt

George Jean Nathan famously said, “I have yet to find a man worth his salt in any direction who did not think of himself first and foremost.” Well, here’s to pickling in salt the out-of-turn ambitions of UP’s Deputy Chief Minister Keshav Prasad Maurya. The ex-MP from Phulpur—who was all geared up to be crowned Chief Minister by Prime Minister Modi until Yogi Adityanath pipped him to the post—is familiar with that ingredient. At a function this September, Maurya controversially told officials that they could “take, but only as much salt as you would want in your food. Take a bushel full of salt from people’s tables and the party will punish you.” This was him cautioning officials against corruption. Maurya, it seems, believed that he is the salt of the earth and has been harbouring these delusions of grandeur until recently. First, he tried to occupy a room on the same floor of the Secretariat in Lucknow as the CM, but Yogi Adityanath vetoed the move. He then tried squeezing into every frame as the CM at all important events—the presidential election, the VP election, state functions, you name it. Until the recent civic polls gave him that much-needed reality check. The BJP lost six of the seven wards in the Phulpur Assembly constituency. Now, everyone is taking Maurya’s ambitions with more than just a pinch of salt.

Jagdish Sharma, who routinely puts up posters across town proclaiming ‘Priyanka Lao, Desh Bachao’, is suddenly singing a new RaGa. He has plastered posters all around Akbar Road, this time hailing Rahul Gandhi’s election. The last time the ‘PLDB’ posters came up, before they were given a hasty and quiet funeral, was in the run- up to the UP Assembly elections. There was a desperate surge of hope in the Congress that Priyanka campaigning in UP would put that zing back in the Grand Old Party and be the elixir that neither Rahul Gandhi nor Sheila Dixit, named CM candidate at the time, could be. First, the buzz was that Priyanka would restrict herself to campaigning in the Gandhi family bastions of Raibareli and Amethi. Then, as desperation scaled dizzying heights, that she would campaign state-wide. It was even strategically put out later that she was the key factor behind the party’s suddenly struck camaraderie with the SP and Akhilesh Yadav, and that she could even be elevated to party chief instead of Rahul. Then, all that whooshed out of the window. Priyanka campaigned on Gandhi turf and disappeared into thin air soon after, leaving most Congress workers in UP confused and angry that they had to play second fiddle to the SP—arch political rivals just recently—after their top leaders virtually threw them under the political bus. The PLDB posters were shredded, torn down, painted over, rolled up, the last of them presumably used for lining cupboards and kitchen shelves. Priyanka had left party workers high and dry. Now that Sharma, widely recognised as Robert Vadra’s flunkey, is loudly belting out a new RaGa, the Congress party is hoping that conspiracy theorists will finally zip their lips. 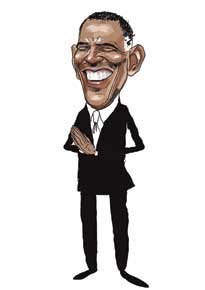 Former US President Barack Obama swung by for the HT Summit in the Capital recently. The event, for which he charged a fee that set the organisers back by a cool $1.5 million (Rs 10 crore), was to act as a pulpit-thumping morality preacher, and lecture India on communal harmony, religious tolerance and not brutalising minorities. The bulk of his expensive address cautioned India against allowing society to get divided on sectarian lines. Guess no one filled him in on centuries of Hindu- bashing by Islamic and Christian minorities (especially the forefathers of his good pals in the UK). “Every person has the right to practise his faith without any persecution, fear or discrimination. India will succeed so long as it is not splintered on religious lines,” Obama said, addressing a gathering at the Siri Fort auditorium in the capital. Aside from that, all Preacher Obama had to do for the buckets of greenbacks he earned that day was to attend a Q&A session with youngsters and shake hands with a hundred guests handpicked by the event’s organisers.

Running for Cover in Gujarat 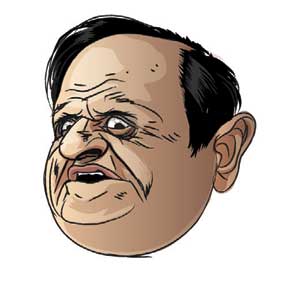 The last day of campaigning for the Assembly polls in Gujarat may be over, but the big BJP bombshell against the Congress, one that’s going to get the latter’s top names from the state scurrying for cover, is yet to come. Last week, the Enforcement Directorate picked up four persons working for Sonia Gandhi’s political secretary and recently re-elected Rajya Sabha MP, Ahmed Patel, for interrogation in the Sterling Biotech case. This case has already taken on a political dimension following the arrest of Gagan Dhawan, a close associate of Patel. But for some unexplained reason, the ED is keeping the interrogation of the four people under wraps. This could have been big fodder for the BJP poll campaign in Gujarat, so the reason why the ED is dragging its feet over the case is a cause for intrigue. Expectations continue to mount that the agency will come out with crucial revelations at some point soon, perhaps even before polling day. Bet there are some Congressmen willing to pay top dollar for a secure bomb shelter now. 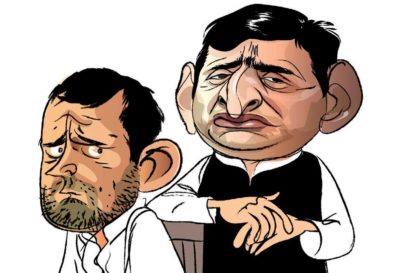 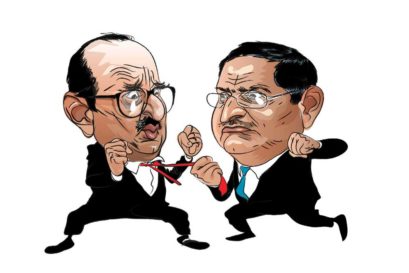