Why India is not a sporting nation?

The ecosystem must support the making of a champion 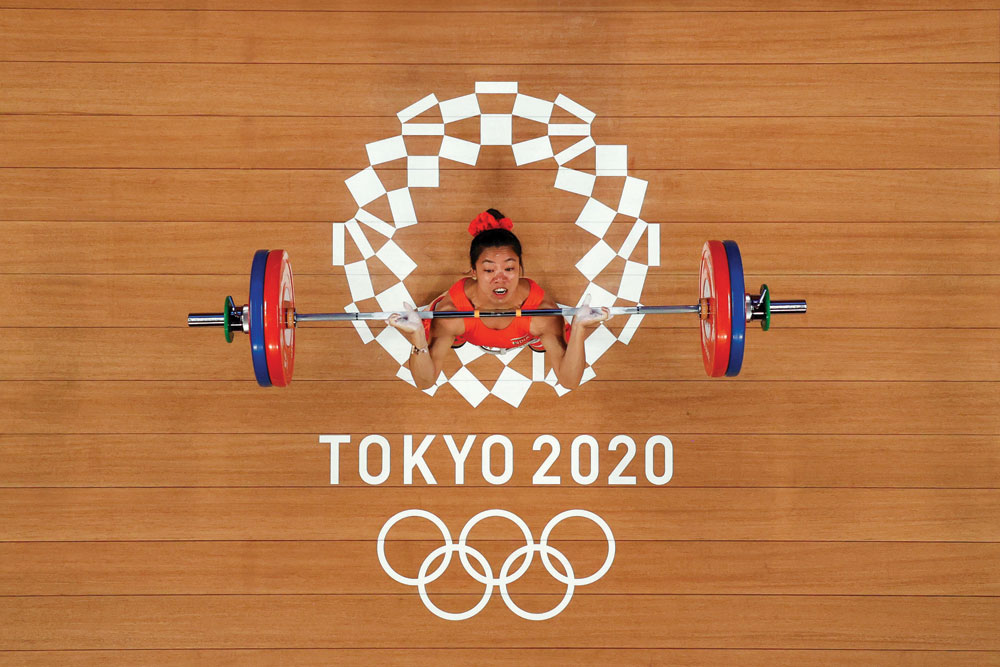 
India is not a sporting nation. Period. We love to play games and win occasionally, more often in cricket though. The past couple of weeks had seen (and heard) a lot about sport. Neeraj Chopra has just won India’s first ever gold in Olympic athletics. Hockey has seen a resurgence, and a handful of others—Lovlina Borgohain, Mirabai Chanu, PV Sindhu, Ravi Kumar Dahiya and a few others, including the valiant Aditi Ashok, missed out by a whisker. There has been much celebration, richly deserved, in the media, street corners and village chaupals. Prime Minister downwards have tweeted about this.

No doubt in the last 10 years thanks to a little more initiative by the Government, corporates and the media, Indians are playing and watching more sport besides cricket. In games like tennis and badminton, where we have had champions, there is sporadic interest.  Football, hockey and kabaddi also get a look-in in a few places. There are awards and training opportunities for sure, but all too limited. Meanwhile, large business houses like the Tatas, Reliance, JSW, Mahindra, Vedanta and Hero have spent significantly to set up leagues and academies. Broadcasters, too, have become facilitators by showcasing more sport.

If this is so, why is it that Indian success in global events and tournaments is abysmal?

Attitude. For hundreds of millions of young Indians, sport still remains extra-curricular. There is a mandatory PT (physical training class) where half-trained instructors go through the routine of elementary fitness exercises. Usually, the same teacher becomes the sport coach for the annual sport day where children run through basic games like sprints, long jump, high jump. A few hundred get noticed and are sent to inter-school games, and even fewer to state-level tournaments. Thankfully at this level, there are professionally-trained coaches who become mentors to the budding athletes. I must admit that the ecosystem of school and college-level sport has improved a lot. The problem still remains with the attitude of parents and the highly competitive school education which forces most students to give up sport to concentrate on passing the board/college exams. For 99 per cent parents and teachers, sport is extra-curricular.

There are only 1,00,000 rudimentary playgrounds for a 1.5 million schools and 40,000 colleges and about 350 million students. There are less than 50 stadiums (including cricket) of international standards and perhaps a hundred more of a lesser standing. A few dozen swimming pools and even lesser shooting ranges or indoor stadiums for badminton, weightlifting, boxing, gymnastics and other sport. There are perhaps another 200 universities, 500 schools and some clubs which have large enough infrastructure for different games. Often, there is not even football to kick around or a volleyball to throw about. There are some mud akharas in villages to wrestle in. A common sight across India is to see bedraggled children with homemade bats and a rubber ball playing cricket. There is some kabaddi and kho kho, and an occasional improvised football.

While the National Institute of Sports in Patiala, the largest sport university in Asia with sub-centres in Kolkata, Thiruvananthapuram and Bengaluru, is training a few coaches offering diplomas, graduate and Master’s degrees in sport, it is obviously not enough. Except cricket and private academies in football and tennis, sport in general hardly offers a lucrative career. If you leave out past national-level players, India has hardly produced 10 professional coaches in the last 30 years. While a few medical colleges offer sport medicine as a subject, not many opt for it. The same is the case with physiotherapists. One must admit though at least for major tournaments, even at school and college level, both coaching and infrastructure have improved substantially. Most importantly, at inter-school and inter-college, often inter-state tournaments, the participants, especially from low-income groups, are undernourished. There is now a support system to provide the right diet to these budding athletes.

Broadcasting (running commentary on cricket started on All India Radio in 1936) has played a major role in popularising sport in India. In the last 10 years, besides the ever popular and omnichannel broadcast of cricket, at least some other sports—football, tennis, hockey, kabaddi and wrestling—have been able to find time airtime. With a lot more exposure, the digital media has opened up new monetising opportunities for various federations. Governments at the Centre and in some states, too, have stepped up their support. Sport academies are now starting to show promise. One hopes results will follow soon.

Television gives instant fame and social media takes individual stories of success and money to every village. A lucky few get noticed at the town or district level and get a leg up. Private academies for different disciplines have come up. The problem is except for some middle-class kids and a few others who are able to afford it, most do not have supportive parents who are willing to encourage their children to join these academies.

Contrary to public perception, large corporates, too, have loosened their purse strings. Dozens of sportspersons have been adopted by different companies, via sponsorships and by investing in training (home and abroad). Earlier, the only options were token employment by the government and armed forces, or play for one of the corporates in local tournaments. While the spend by businesses has quadrupled in the last 10 years, it is still a mere Rs 500 crore per annum. This despite sport being included in the mandatory CSR (corporate social responsibility) expense. Some foundations, like Quest for Gold, have managed to make some breakthrough in this regard.

Do you recall names like Gurnam Singh, Henry Rebello, Gurbachan Singh Randhawa, Shriram Singh, Vikas Gowda and Lalita Kumari? They are all Olympic finalists from 1948 to 1984. Of course, a few others like Milkha Singh, PT Usha, Gagan Narang and Mary Kom are better known. Of course, several cricketers, hockey players, tennis and badminton stars have gained both fame and money. This time though, there has been a lot more celebration and financial rewards, telecast of events obviously rev up the enthusiasm among children, but now parents, too, have felt encouraged to let their children look for a career in sport. These young kids need not only proper nourishment and training but an attractive future in sport.

It appears that we have reached an inflection point in Indian sport.  Sure, the first signs were triggered by the success of the Indian Premier League. What some dismiss as commercialisation is also the beginning of much needed money into sport. Nothing succeeds like success. As we have seen with the winning performances of Viswanathan Anand in chess, Pankaj Advani in snooker, Sania Mirza, Leander Pais and Mahesh Bhupathi in tennis, Saina Nehwal and PV Sindhu in badminton, Mary Kom in boxing, Karnam Malleswari in weightlifting, Sushil Kumar and Sakshi Malik in wrestling, and the rise of young cricketers in cricket, football, hockey and now even in golf, archery, shooting, boxing and even athletics. Except for cricket, and in some cities football, spectators hardly turn up even in national games. Though one can add that kabaddi and other leagues on TV have started attracting viewers, the numbers are still less for a country with 1.3 billion-plus people.

There has been a small but noticeable rise in youngsters opting for sport as a career, sometimes encouraged by parents. A number of foundations, including Olympic Gold Quest and Go Sports are helping young boys and girls aim for the Olympics and World Cups.  It’s good that the recent success in Tokyo will see a spurt in sponsorships and academies. The President, prime minister and some chief ministers have publicly acknowledged young achievers in sports and announced cash rewards. Khelo India is fine. Sending 100 athletes abroad for training is excellent. We have to aim higher.  Spend more, nurture more. At least try for every district to give us one champ, a medal winner, or at least an international level sportsperson. Governments and business houses have to increase their spends. Parents must encourage budding champions. Influencers and celebrities must continuously applaud the sportspeople to encourage them. We as a nation must do all we can to see every single child gets an opportunity to shine. Not only in studies, but in sport too.