And Congress is perhaps best suited to serve the purpose 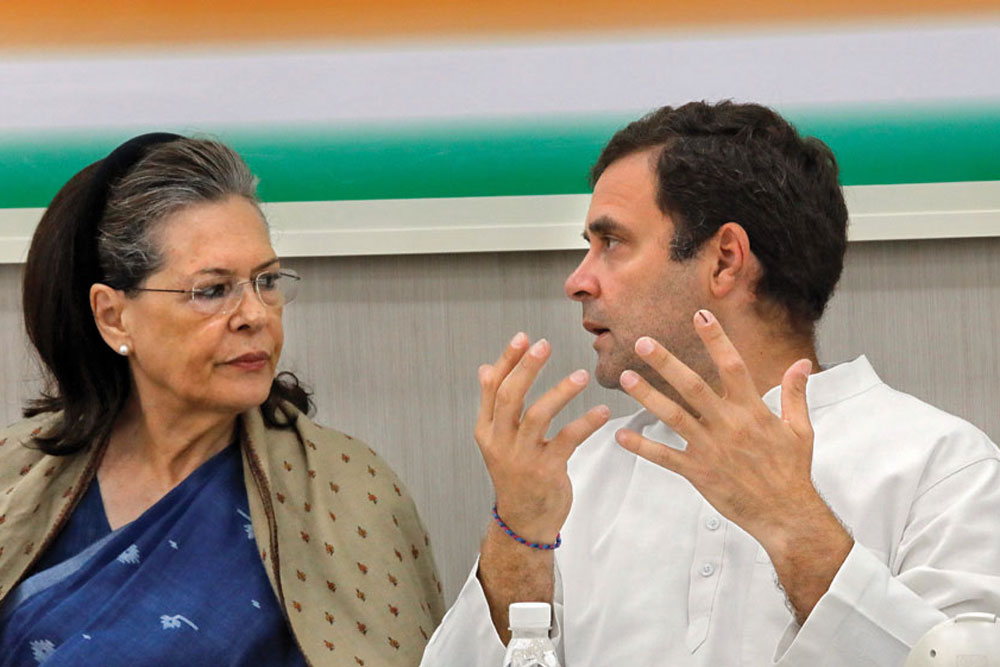 PRIME MINISTER NARENDRA Modi’s call for a Congress-mukt India was never realistic. Democracies need a vibrant opposition. Congress, for all its faults, is the only national political party that can provide it.

Unfortunately, Congress has hollowed itself out. It is no longer the post-1947 Congress that won India Independence. Indira Gandhi broke the party’s “syndicate” led by K Kamaraj and S Nijalingappa in 1969. What Rahul Gandhi inherited is a party that has lost several former Congress leaders since the 1990s. Many have formed breakaway Congress clones: Sharad Pawar (Nationalist Congress Party), Mamata Banerjee (Trinamool Congress) and YS Jagan Mohan Reddy (YSR Congress). Recognising Congress’ historical brand value, all three have retained it as a suffix.

The Gandhis run a political party with valuable financial assets, but restless loyalists. They rebel occasionally but are quickly brought to heel. Punjab Chief Minister Amarinder Singh’s revolt against the appointment of Navjot Singh Sidhu as the Punjab Pradesh Congress Committee (PPCC) chief was ruthlessly quelled. In Rajasthan, the dispute between Chief Minister Ashok Gehlot and Sachin Pilot has been allowed to fester so that neither leader—especially the ambitious young Pilot—rises above his station.

The G23 dissenters have, meanwhile, been co-opted. Shashi Tharoor and Manish Tewari were thrown the juicy bone of possible leadership of the Lok Sabha before it was quietly withdrawn. Adhir Ranjan Chowdhury, who poses no future threat to the Gandhis’ leadership, remains the party’s leader in the Lower House. The Upper House, similarly, is in the safe sycophantic hands of Mallikarjun Kharge.

The three Gandhis have divided management duties among themselves. Sonia Gandhi is the final authority. No Congress leader dares to defy her. Once she threw her weight behind Sidhu, the combative Amarinder Singh capitulated.

Priyanka Gandhi Vadra plays the role of peacemaker among squabbling Congress leaders in Rajasthan (Gehlot-Pilot), Karnataka (Siddaramaiah-DK Shivakumar) and Madhya Pradesh (Kamal Nath-Digvijaya Singh). She makes sure, though, that everyone knows underneath her velvet glove lies an iron fist.

Priyanka Gandhi Vadra was instrumental in ensuring Sidhu’s successful insurrection bid. She brushed aside the Punjab chief minister’s objections and ensured that the notice appointing Sidhu as state party head was issued late on July 25th even as Amarinder Singh was gathering MLAs in his support. The snub was deliberate and clinically executed from Indira Gandhi’s playbook.


The Gandhis run a political party with valuable financial assets, but restless loyalists. They rebel occasionally but are quickly brought to heel

Rahul Gandhi’s role is clearly defined: to attack Prime Minister Narendra Modi personally at every opportunity. Gandhi knows that the party’s only hope is to damage the prime minister’s credibility, one attack at a time.

Both the new Rafale and Pegasus controversies have given him fresh ammunition.

However, the chaotic Monsoon Session of Parliament has underscored why India deserves a better opposition. Trinamool Congress has the largest contingent of opposition MPs in the two Houses (33) after Congress (86). It uses tactics in Parliament imported from the streets of West Bengal.

Chief Minister Mamata Banerjee is positioning herself to be the combined opposition’s prime ministerial candidate. She is attempting a modus vivendi with the Gandhis that will mirror the Maharashtra model at the Centre in 2024. This entails Congress supporting an opposition United Forum led by Banerjee with Sharad Pawar playing the role of national choreographer. Banerjee’s whistlestop drive through Delhi is an early warning—she regards herself as a future prime minister pitched against Modi in 2024.

Will Sonia Gandhi accept a situation where her son is sidelined? She shrewdly recognises that however hard Banerjee and Pawar try, the numbers for the potpourri of regional parties may not add up to 272 in 2024. Better to let Banerjee fail in the attempt and keep the door open for Rahul Gandhi. At 51, he has time on his side. Banerjee is 67 and Modi 70.

The presidential election in July 2022 could, however, throw a monkey wrench in BJP’s calculations. If the February-March 2022 Uttar Pradesh Assembly election goes badly for BJP, it could fall short of the numbers to install its nominee in Rashtrapati Bhavan.

If Pawar throws his hat into the presidential ring, opposition parties across ideologies could rally behind him. With Pawar in Rashtrapati Bhavan, winning a third term as prime minister may provide cold comfort to Modi. President Pawar will block key Bills on BJP’s legislative agenda.

Unless Modi sheds his current sainthood avatar and regains the drive that took him to the prime ministership, the opposition’s slogan might well have an ironic twist: Modi-mukt Bharat.