The Myriad Colours of Mansarovar 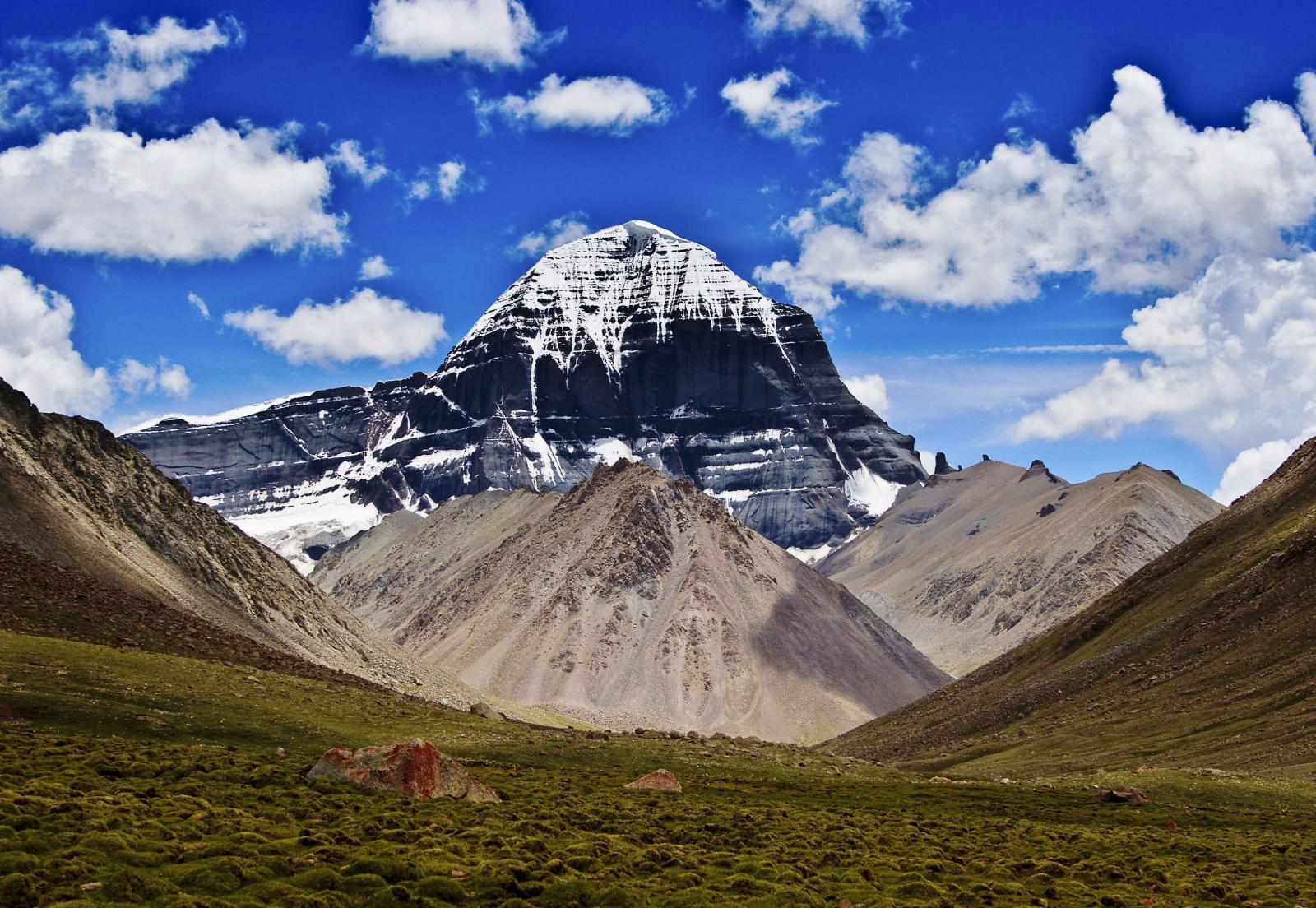 Water is the second necessity for all living beings, after air. Most of creation will not survive without water beyond seventy two hours. To be at the shores of Mansarovar is to experience the centrality of this miracle fluid in the processes of life. This vast living liquid-body of calm that nestles as neighbour to the mountain abode of Lord Shiva refreshes the mind and spirit with every breath.

For Mansarovar is the Creator Brahma’s mind-borne lake, high up in the Himalayas. At its deepest, it is about three hundred feet deep. To go around its circumference of eighty seven kilometers takes six hours. The track around it is little better than a country road with boulders and troughs strewn haphazardly all through the way. It was no mystery why the Chinese had left it that way when the road from Kunsha airport in Tibet to the foothills of Kailash ran as smooth as a river. The reason was to protect the environment, said the Chinese officials. Make it too easy and the human beings will swarm in and leave their debris behind. This was indeed a stark truth, as the hills and forests of Sabarimala deep down to the south of Mansarovar would bear witness, or the once pristine waters of the Yamuna and the Ganga.

Mansarovar, the brain child of Brahma’s, has absorbed all the five elements of Creation. As a lake, of course it was water. The rocks and earth below looked as if it was covered by cling film. The purity of the water was such that it disappeared from sight, unless looked at from an angle. The nippy air danced on it creating little waves, gentle enough for the famed birds to float on them giving contented little grackles. The lack of oxygen at that altitude was almost forgotten.

The basic colour scheme around Mansarovar was the spectrum from black (at night) to blue, white and silver, except during the spectacular Sun births and deaths at dawn and dusk. But the variety and subtlety of the shades made one forget the other more vibrant colours.

There was a black hue as the stars hung around for the advent of the near full moon. The constellations and the planets seemed to dip down enticingly, making one reach out to grab it from where it hung in the sky. Aunt Anees’s childhood stories of how to catch fairies came to mind. The stars never looked so clear, big or bright from our smog distanced cities. Legend is that the Mother Goddess would come down from Kailash to take a bath in Mansarovar at dawn. Disguised as stars, other divinities would slip into the lake, turning it into a bowl of silver fireflies. Traditional devotees take care to draw water out of this lake and pour it over themselves, rather than take a dip in it and pollute it. Likewise, the Narmada river is supposed to be Shiva’s sweat that flowed out as He demonstrated Yogasanas to Patanjali. Entering this river was once a spiritual taboo for genuine bhaktas.

The black of the night gave way to the peculiar silver of the moon. With rain bearing clouds majestically moving like pregnant ladies, imminently about to give birth, the moon had its ample dose of playfulness. A full moon rise on Mansarovar lake was enchanting. A clear moon above held on the sky by frosty air and the split moonbeams on the river that seemed to have quietened its waves to receive this liquid treasure was divinity manifest, right there.

During daylight, the blue colours took over. Was this not the deep blue hue of a Shiva Neelakanta’s neck? ( During the churning of the Ocean of Milk, bouts of poison issued from Vasuki, the snake who was suffering from motion sickness, as He twisted and turned this way and that. Instead of opting for the treasures that rose from the ocean, Shiva, true to His nature, opted to consume this poison to facilitate the whole of creation! The Mother Goddess, in a fit of wifely concern, caught Shiva by the throat so that the poison would not go down into His system. Arrested at the throat, Vasuki’s poison gave Shiva yet another name – Neelakanta or the blue throated One.)

There was the bright sky blue of a cloud and pollution free firmament. There was the timorous morning blue hesitatingly competing with the intense golden Himalayan Sunrise. There was the somnolent afternoon blue that would give way to the vivid sunset colours. There were shades of blue and grey that were yet to be captured in an artist’s palette as well as the defined colours of baby blue, powder blue, bleeding into a white that not only reflected back all light, but also added a bonus of shadeless brilliance, borrowed either from the sun or the very waters of Mansarovar lake.

The limitless openness of the sky, mountains and lake defined space as a freeness of being.

The element of fire rose from the depths of the lake. Almost as if tired of the monochrome colour scheme, the lake and the light and the suspended moisture of monsoons created a brilliant rainbow with its roots in the womb of the lake. It is rare when the violet and the red spectrum in a rainbow can be distinctly seen. This rainbow, born to the mind-borne lake, could have been drawn by a semi-circle in a child’s instrument box and meticulously coloured by an artistically inclined physics student.

The sunset on this lake was magical. Scared to lose out to the dark alchemy of the imminent night, the sun spread its setting colours all around. Second by Second, as if in a live kaleidoscope, the patterns changed. There was scarlet streaked by gray, blushing into pink. There was orange being rivalled by a deep yellow of a desert noon. There was the single red eye of the sun, waiting to fall asleep at its Western watch.

Kailash mountain was revered as the abode of Shiva, as Gang Rimpoche and Snow Guru. But it is also the sheer physical magnificence of Mansarovar that gladdens the eye and soothes the mind. For after all, what is the physical form of divinity but the greatest beauty accessible to us? Mansarovar is a part of a faraway universe located in our own, often tawdry but sometimes magical world.