On a Wing and a Dare 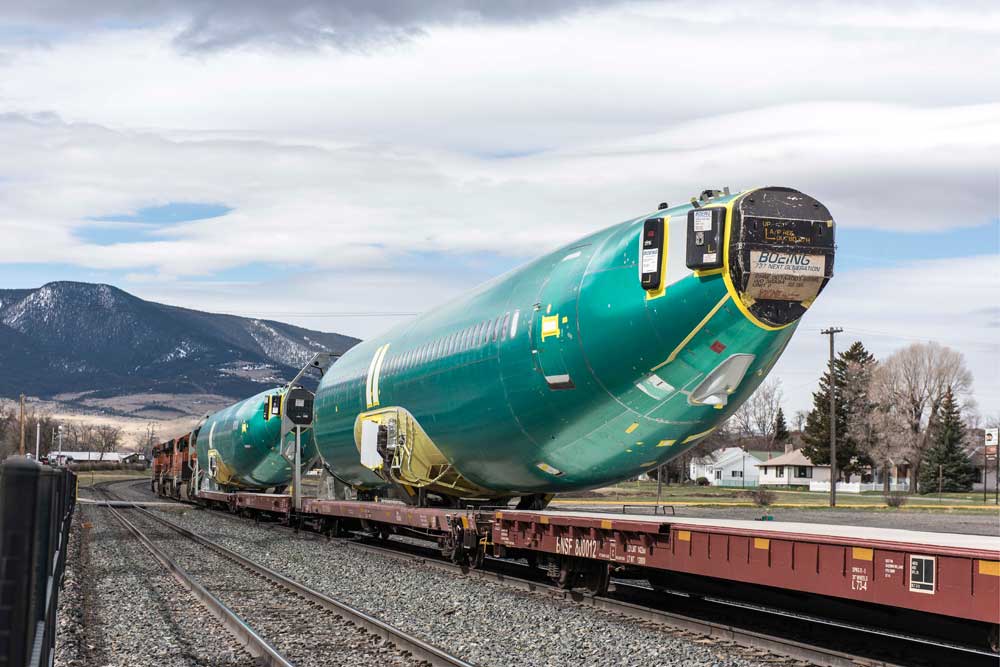 On February 18th, 1911, French aviator Henry Pequet piloted an English manufactured, French designed biplane, and changed the world. Aside from his own person, Monsieur Pequet was transporting 6,500 letters a distance of a mere 13 kilometers—officially marked as the world’s first airmail flight.

At that time, the significance of this event could not be understated. Aviation was no longer just an eccentric hobby—suddenly, it had the potential to become something much larger. While few were willing to risk their lives as paying passengers on unreliable aircraft, letters and postcards were less precious cargo. By 1931, 85 per cent of US domestic airline revenue came from international airmail contracts. This allowed aircraft manufacturers such the Boeing Company to become profitable, design and develop safer aircraft models, and launch aviation into the passenger jet age. The rest, as they say, is history.

Where did Monsieur Pequet’s groundbreaking flight happen? He flew a Hummer-Somber biplane between Allahabad and Naini in the United Provinces of Agra and Awadh—or, as it’s known today, Uttar Pradesh.

INDIA’S OPEN-SKIES agreements have been a success. According to IATA passenger forecasts, India is poised to emerge as the third largest domestic aviation market in the world, surpassed only by China and the US. Data from India’s Directorate General of Civil Aviation shows that nearly 117 million passengers took to the skies in 2017, doubling in the last six years. One hundred flights took off per hour in 2017, compared to 67 per hour in 2011. The numbers may look promising, but any conservative Indian will point out that the country’s infrastructure is woefully unprepared for this increase in traffic.

Private players have come to the rescue, with no better example than Mumbai’s Chhatrapati Shivaji International Airport. In 2001, this airport was consistently ranked as one of the worst airports in the world—even the former Maharashtra Chief Minister Sharad Pawar had disdainfully likened it to a ‘bus stand’. Ten years later, a joint venture between the Airports Authority of India and a consortium of private companies led by GVK gave the airport a major overhaul, including new runways, taxiways, and a terminal featuring the world’s largest interior installation of DuPont’s Corian. By 2016, it was named the ‘Best Airport in India and Central Asia’ by Skytrax passenger surveys, and recently ranked the World’s Best Airport at the 2017 Airport Service Quality Awards. Four other Indian airports in Hyderabad, Delhi, Cochin, and Bangalore have also been turned over to private management, and a greenfield airport is under construction in Navi Mumbai.

The Government has also acknowledged the need for revamped infrastructure and has ambitious plans to expand civil aviation across the country and widen access to large numbers of citizens who may never have travelled by air before. Under the UDAN (Ude Desh ka Aam Nagrik) initiative, more than a hundred regional airports in India will undergo a massive development effort by December 2018. Private airlines have been awarded regional routes with capped airfares in order to make air travel affordable to residents of places that have been off the aviation map so far. These shorter, less trafficked regional routes will require smaller aircraft to be economically viable.

The world’s wide-body, twin-aisle aircraft market is still dominated by the Boeing-Airbus duopoly, but both face stiff competition in the narrow-body and regional jet segment. Established business jet makers like Bombardier and Embraer, and other emerging international players like Mitsubishi, Comac, Antonov and Sukhoi are eyeing a piece of the pie. Is there room for an Indian aircraft manufacturer?

AS CAPTAIN EDDIE Rickenbacker famously remarked, commercial aviation is all about ‘getting butts in seats’. An airline has to sell a certain number of seats per flight simply to cover the cost of operating it, known as the break-even load factor. The type of aircraft selected to fly a particular route is driven by passenger demand.

How many butts? This is perhaps the most challenging question an Indian Original Equipment Manufacturer will have to answer. The number of passengers on an aeroplane affects the seating configuration, which affects the fuselage diameter, which in turn determines the length of the aircraft. The reason for this is—pun intended—plain physics.

As an aeroplane flies through the air, every part of it generates aerodynamic drag, a force that opposes its movement. The higher the drag, the less fuel-efficient the aircraft, and the more expensive it will be to operate. The fuselage of the aircraft generates over 50 per cent of the total drag it experiences, and so determining its proportion is a critical stage in the design process. Longer and skinnier shapes typically generate less drag that shorter and fatter ones (for the technically minded, this is referred to as the ‘fineness ratio’ of an aircraft). An accepted best practice is to design aircraft in a way that allows the fuselage to be stretched or shortened at a later stage, allowing airlines and manufacturers a greater level of control over the total seat count.

On busy high-traffic domestic routes such as Mumbai-Delhi, the Boeing 737 and Airbus 320 still hold the majority market share. The B737 is a family of ten jets that can seat anywhere between 85 to 215 passengers. The A320 variants can accommodate between a 100 to 240 passengers. Recognising their imminent market growth, the Chinese government has also invested in the Comac C919, expected to fly in 2020 and compete in the larger narrow-body category.

Could the opportunity for an Indian OEM then lie in manufacturing smaller regional jets? The under-120 seat market segment is largely dominated by the Embraer ERJ and Bombardier CRJ families. It is simply uneconomical to use larger narrow-bodies like the B737 and A320 on less travelled, point-to-point routes—a 70-seat Bombardier CRJ700 operates the longest domestic flight in India, Delhi-Port Blair. Lockheed-Martin-owned Sikorsky Aircraft was also in talks with startup Indian airlines to sell its small M28 planes. Should the UDAN initiative find its wings, a next-generation, fuel-efficient, composite regional jet could be the Indian aircraft we’ve been waiting for.

AIRCRAFT MANUFACTURING IN India has historically been a public sector and defence enterprise. India’s first indigenous aircraft, Marut, was designed and developed as early as the 1950s by German aerospace engineers, including Kurt Tank. The aircraft programme failed because of an import restriction that did not allow access to a decent aircraft engine. Companies like Hindustan Aeronautics Ltd (HAL) and National Aerospace Laboratories (NAL) have experienced decades of financial losses and stalled manufacturing programmes such as the NAL Saras. HAL’s management has even gone on to say that competing with Boeing, Airbus, Embraer and Bombardier would be a high-risk venture with no guarantee of profitability.

India’s expertise has remained in the smaller, ultra-light jet market. HAL, the Mahindra Group, and the Tata Group have manufactured 18-20 seat airplanes like the Dornier 228 for civilian transport. There are also startups in Bangalore building ultra-light aircraft. These are a necessary stepping-stone towards building larger regional jets and narrow-bodies.

Forging partnerships with an established aircraft manufacturer may be the key to success for an Indian OEM. The climate for collaboration couldn’t be better. The revised aviation FDI policies under the ‘Make in India’ initiative have opened the doors for foreign investors to establish joint ventures with Indian companies. Boeing and Tata Advanced Systems are making helicopter fuselages and other airframes in Hyderabad. Tata’s TAL Manufacturing Solutions also produces composite floor beams for the Boeing 787-9. HAL and other aviation manufacturers have been significant suppliers of aircraft components worldwide.

A clean-sheet aircraft design is a mammoth undertaking in any part of the world. In addition to the complexity of the design, engineering, manufacturing and assembly, aircraft certification is one of the most challenging regulatory hurdles to overcome. The gestation period from design to delivery of passenger aircraft can last over a decade, and companies need to have deep-pocket financial support for extensive R&D programmes. The success of an Indian designed, engineered and manufactured passenger aircraft would depend on our willingness to embrace failure as part of the design process. The world’s most established airframe OEMs have all failed often, early and hard. In the words of Musk, “If things are not failing, you are not innovating enough.”