Ma Ganga by Another Name 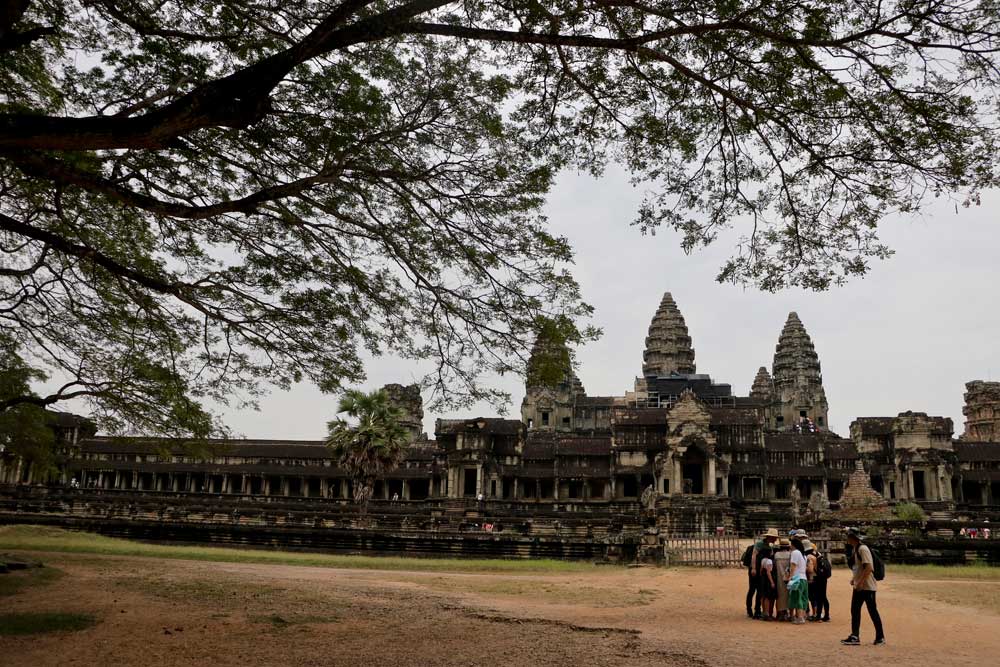 Some scholars in India consider Mekong a distorted pronunciation of Ma Ganga, Mother Ganges, thus implying that the two rivers, flowing at a distance from each other and enriching large parts of the region, are actually connected with each other through history.

The historian William McNeill described history as, ‘The story of ingestion of weaker societies by stronger ones and of rivalries among the strong.’ History is witness to the colonisation by superior military powers of large parts of the world. On many occasions, this colonisation happened in the name of a ‘civilising’ effort made by the West. Military and economic superiority was used to not only colonise parts of the non-Western world, but also impose Western cultural beliefs and practices in the name of bringing modern values to those lands.

The West’s quest for imposing its values on the rest of the world gave birth to new theories, like Joseph Nye’s ‘Soft Power’, as distinct from ‘Hard Power’. Using non-military and non-political tools to impose one’s cultural practices on other societies is described as ‘Soft Power’. Here, culture is also a ‘power’, like military and economic might, which constitute ‘Hard Power’. It is fashionable these days to speak of this power casually, but we need to seriously revisit this concept before using it.

The West’s unending efforts to create a ‘uniform’ universal culture based on Western cultural and social values have led to a debate on the fundamental question of whether modernisation means only Westernisation or there can be non-Western models of cultural and civilisational engagement that could enrich human existence.

The history of India and its neighbourhood is replete with examples of how its cultural influence helped native cultures flower and prosper in the region around the country. Here it was not ‘Soft Power’ at play, trying to impose an alien value system on the natives; rather, it was a communion of cultures that had benefits for both sides.

The Ganga-Mekong region had witnessed this interplay of cultures at the advent of the first millennium of the Common Era. Ptolemy was one of the first to record this engagement, besides some Chinese scholars in 2nd and 3rd centuries CE. The first recorded engagement was at Funan in 1st Century CE. The record says that an Indian traveller by the name of Kaundinya had arrived in the kingdom of Funan, married its princess and established the first ever Indian empire in the region. Funan is identified as the present-day lower Mekong delta, which encompasses southern Vietnam, central Mekong and the Malay Peninsula.

Successive waves of migrations had happened by then, with people having come from Indian kingdoms like Kalinga in Odisha and the Chola domain in southern Tamil Nadu. What is remarkable is that while these migrations led to the establishment of kingdoms by immigrants of Indian origin in the South East Asian region, from Cambodia to Bali, they are hardly seen as colonisations. The competing influence of the time’s Chinese rulers was less charitably viewed by these host communities than the Indian influence.

Contrary to general perception, the populations in the Mekong region didn’t belong to the Chinese race. They belonged to diverse races. In his work, The Indianised States of Southeast Asia, the French scholar of Southeast Asian history and archaeology George Coedes argues that some of them were Negritos and Veddas, others were Australoids and the Papuan-Melanesians, and still others were Indonesians. ‘This fact leads to a clear conclusion: that the earliest inhabitants of Farther India are related to those who inhabit the islands of the Pacific today, and that the Mongolian element in Farther India is of very recent origin,’ Coedes argues.

Historians have called the vast area under Indian influence ‘Greater India’ or ‘Farther India’. This description is not fully apt for the important reason that the Indian migrants—royals, sailors, traders, monks—didn’t encounter people who seemed ‘uncivilised’ in the lands that they travelled to. On the contrary, these were organised societies endowed with a value system that had many similarities with their own. Thus the so-called ‘Indianisation of Farther India’ is an exaggeration because what actually happened was a communion between Indian and native cultures.

Both the Ganga and Mekong regions have been inhabited since prehistoric times by people living in organised settlements, not just foragers but also pastoral and agricultural communities. New archaeological evidence is being unearthed continually now that indigenous scholars are working on it. Historically, the people of both river cultures have migrated, intermingled and engaged in a variety of exchanges.

An important distinction needs to be underscored here. Although several of these countries are in close proximity to China, the Chinese/Mongol influence over these territories has been insignificant, compared to that of India. The reason lies in the way China and India employed methods to influence the populations there. Chinese civilisation was sought to be spread through military conquest followed by the use of official means. The historian KA Nilakantha Sastry, in his address to the 9th session of the Indian History Congress in 1946, highlighted that the Indian penetration seems almost always to have been peaceful; nowhere was it accompanied by destruction.

Elaborating on this point, Coedes writes: ‘Far from being destroyed by the conquerors, the native peoples of Southeast Asia found in Indian society a framework within which their own society could be integrated and developed. The Indians nowhere engaged in military conquest and annexation in the name of a state or mother country. The countries conquered militarily by China had to adopt or copy her institutions, her customs, her religions, her language, and her writing. By contrast, those which India conquered peacefully preserved the essentials of their individual cultures and developed them, each according to its own genius. It is this that explains the differentiation, and in a certain measure the originality, of the Khmer, Cham and Javanese civilisations, in spite of their common Indian origin.’

All this calls for a lot of research and study. Sadly, Indian scholars have simply forgotten that they had vast regions in their extended neighbourhood that had a living civilisation and culture that was partially if not fully of Indian origin. It was left to the French and other European academics in the last century to explore this dimension of India. It is time that scholars in the region take more interest in this subject. From the goodwill that is generated by this cultural communion shall emerge a strong bond between the regions of the Ganga and Mekong for greater engagement and cooperation in the years to come.

(This essay is adapted from Ram Madhav’s keynote address at an international conference on the Ganga-Mekong Region hosted in Bangkok jointly by Thammasat University and ICPR, India)